Q&A: Does Krispy Kreme Franchise in the UK? 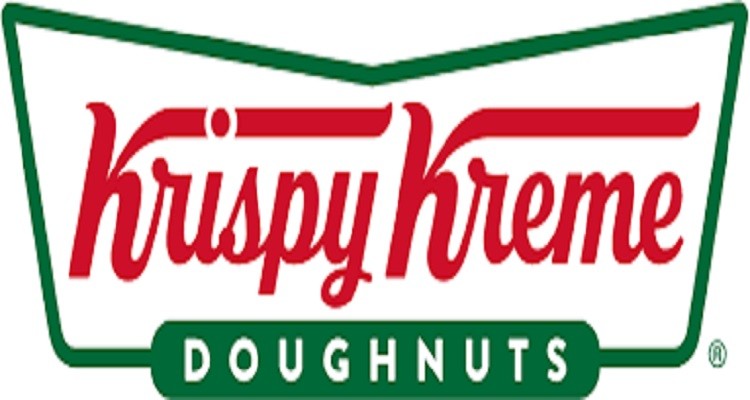 As a firm favourite among customers since its inception in 1937, and a leader in the landscape of UK bakery and dessert businesses, Krispy Kreme would be a solid franchise investment. But does the company franchise in the UK?

Krispy Kreme doughnuts are loved by a huge number of British people. Whether you prefer original glazed, cream filled or chocolate covered, there’s something for you among Krispy Kreme’s wide selection of products. Here’s everything you need to know about becoming a Krispy Kreme franchisee, from the history of the franchise to the cost of an investment.

Yes, Krispy Kreme does franchise in the UK. The franchisor team regularly welcomes franchisees from the company’s UK headquarters in Camberley, Surrey.

In 1937, a man named Vernon Rudolph started making doughnuts out of a small warehouse in Winston-Salem, North Carolina. After reportedly purchasing a secret yeast-raised recipe from a French chef working in New Orleans, Vernon was able to produce a range of delicious sweet treats, starting with Krispy Kreme’s original glazed doughnuts. At first, Vernon sold his products to grocers to sell on, but after strong demand, reportedly cut a hole in the side of his warehouse in order to sell his doughnuts directly.

In the ‘40s and ‘50s, Vernon’s business expanded into a small chain. Most of the doughnut shops were owned by families, and the recipe was shared, but the doughnuts were made on each premises until a distribution system was created that allowed shop owners to work with the same dry dough mix, increasing consistency and ease of operations.

Growth continued for the dessert franchise into the ‘60s and ‘70s. In 1973, Vernon passed away, and the company was restructured and sold three years later. The purchase was made by Beatrice Foods Company, and was then sold back to franchisees in 1982. In 1996, Krispy Kreme expanded into New York City. In 1999, the franchise expanded into California. Finally, in 2003, Krispy Kreme made it to the UK.

These days, the treats and sweets franchise makes over 20 million doughnuts a year, fulfilling the needs of many global customers with a wide range of products and flavours. Now a worldwide leader in an increasingly popular industry [IBISWorld], Krispy Kreme shows no signs of slowing down.

Doughnuts were appearing on restaurant menus in the US back in 2010, and became a key trend in 2012. They have been a trend in the UK for the past couple of years with a lot of market stalls and independent bakeries.
—Chris Brockman, Mintel

Franchising with Krispy Kreme presents an exciting and profitable opportunity to become a part of a well-known, household name brand within a growing market. Krispy Kreme considers every franchisee to be a partner of the brand, provides an extremely high level of support, and is committed to assisting its franchisees on their journeys towards success. A win for a Krispy Kreme franchisee is a win for the entire company.

As you might expect, an investment in Krispy Kreme doesn’t come cheap, and you’ll need a lot of capital in order to foot the bill, though you’ll see a comparably large financial return. If you don’t have the amount you need to invest in a food industry giant like Krispy Kreme, plenty of lower cost investment opportunities are available across a range of food franchises. If, however, you’re set on Krispy Kreme, read on to discover more about franchising with the doughnut shop chain.

All Krispy Kreme franchisees should:

If you feel that you meet these criteria, you’re well on your way to being the perfect Krispy Kreme franchisee. The next step is meeting the financial requirements, which are outlined below.

How much do you need to invest?

A minimum investment in Krispy Kreme will come to £1,500,000. This amount will ensure your place within a globally recognised and well-reviewed brand that has seen astronomical levels of success since its inception in 1937. If you follow the proven business model of your Krispy Kreme franchisor, and you utilise the expert training and support on offer, you’ll soon be achieving considerable profits that align with the high initial investment amount.

If you’re unable to meet the investment requirements for Krispy Kreme, why not consider an opportunity with a smaller franchise in a similar sub-sector, such as Chock Shop, Simply Ice Cream or Shakeaway?

What do you get for your investment?

Krispy Kreme considers its franchisees as its partners in global success. You too can join our growing family as one of our franchisees.
—Krispy Kreme

Your investment in the dessert franchise will entitle you to an extensive amount of training and support from your Krispy Kreme franchisor. The details of this support will be outlined within your franchise agreement, and should be clearly explained to you by your franchisor, too. If in doubt, don’t be afraid to ask questions or raise any concerns. Krispy Kreme wants its franchisees to have all they need in order to succeed. Some of the offerings that franchisees will be entitled to include:

Why not make running a franchise a real treat? Invest in a doughnut shop, dessert business or food franchise today and capture the existing demand in order to build a profitable, enjoyable career for yourself. If you’re interested in franchising, but you’d like to explore opportunities outside of the food sector, visit Point Franchise’s UK franchise directory and explore a huge range of options.