Q&A: Does Dent Devils Franchise in the UK? 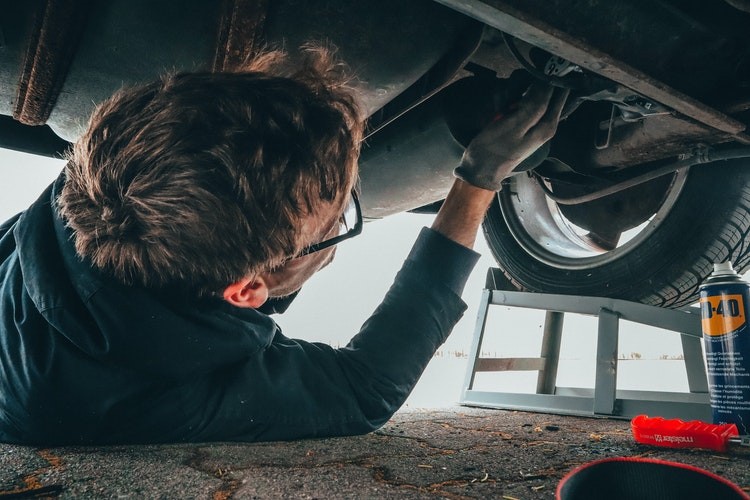 More people than ever are looking at changing their careers. If you’re one of the thousands that have dreamt of running their own businesses, why not look at franchising? From helping you secure the benefits that come with starting your own business to all the extra job security and profitability that comes with being a part of a top-level firm, franchising is the best way to make the most of it all.

If you’re good with your hands and have a passion for fixing car damage, you could well be looking at franchises in the car repair sector. This multi-million pound sector is one of the UK’s most important and profitable. Keen to find out more about starting your own car repair franchise? Why not look at Dent Devils?

Carrying out more than 1,000 car repairs every day, Dent Devils is one of the UK’s leading car repair franchises. If you were looking to choose an exciting and fast-growing franchise, Dent Devils could be the one for you.

Since 1995, Dent Devils has been carrying out car repairs wherever they are needed. Established by regional Managing Director, Steve Peck, the franchise has grown dramatically since then, and today carries out more than 1000 repairs in more than 3000 accounts - including projects around the world.

It’s not often a car repair franchise goes international, but with Dent Devils, you’re buying into an internationally recognised reputation. Dent Devils are approved by most of Europe’s most prestigious vehicle manufacturers, so this is a franchise business unlike any other.

Dent Devils were established in 1995 to expand a regional business run by our Managing Director - Steve Peck. Franchising was identified as a way of delivering high service levels locally, across the country. It is a business model that has allowed Dent Devils to sustainably grow into the largest, most experienced provider of mobile paintless dent repair services across the country.
- Dent Devils

Does Dent Devils franchise in the UK?

Dent Devils first began franchising in the UK because it realised that the UK market for car repairs was big, and only getting bigger. So of course it franchises in the UK. With decades of experience under its belt, the franchise has gone from strength to strength in welcoming its first few clients, to today having excellent working relationships with some of Europe’s largest and best car producers.

Our technicians are supported by the operational management team backed by a team of valued administration staff at Head Office. This breadth of experience is applied to both the needs of corporate clients and individual customers equally to provide the most comprehensive dent removal service in the UK.
- Dent Devils

Starting a franchise in the car repair sector

While running a van-based car repair franchise might sound the best fit for you, it’s important to prepare ahead and ensure that as soon as the time comes, your franchise business is in the best shape possible to hit the ground running.

1. How much do you need to invest to start a car repair franchise

You will need to invest money to become a car repair specialist. It’s important to know, however, that there’s no one-size-fits-all amount you’ll need to invest in. The final investment you make will vary depending on location, size and scope of your franchise.

2. What do you get for your investment?

Since achieving internationally renowned success, Dent Devils hasn’t rested on its laurels. The franchise has pioneered a business model based on constant learning and development, meaning that as a franchisee, you get a lot more than just the keys to your own firm.

The training is tough, but at the end of it, you’ll be a qualified car repair specialist to the exacting standing of Dent Devils.

Without total dedication, commitment and self-discipline our potential technicians will not attain the extraordinarily high skill levels we insist upon. In addition to learning and practicing the skills and techniques until they exceed accepted industry standards, our trainee technicians are also required to practice various assignments at weekends!
- Dent Devils.

Become a franchisee with a car repair franchise today

Franchising gets you all the advantages of running a business, while minimising your exposure to some of the common pitfalls you could be exposed to. If you’ve decided that the car repair industry isn’t for you though, have a look at the UK franchise directory to see what other franchises are working in a sector.