Preparing For Franchise Success In 2019 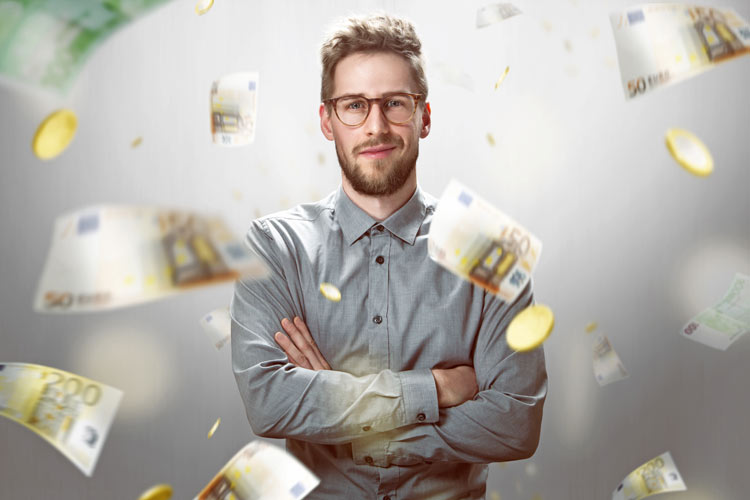 Whether you're considering opening your first franchise or expanding your franchise portfolio, the market in the UK is thriving. Despite the political and economic uncertainty of Brexit, the UK’s franchise sector has shown tremendous resilience in the past year, generating over £17 billion and employing 710,000 people, both figures which have risen by 14 percent from 2015 (BFA).

With that in mind, here are ten ways you can prepare for franchise success in 2019:

Research potential locations for your new franchise and do as much demographic and market research as you can. A good tip is to look at the locations of the brand's most profitable franchises so you can understand why the franchise owner decided to open branches in those areas.

Determine how much money you will need to spend on your franchise for it to become profitable. Identify and approach fellow franchisees to find out how they built their franchises and whether there were any unforeseen challenges. Most importantly, make sure you discuss how long it took for them to reach the ‘break-even’ point, and then use this as a benchmark for your own franchise.

How are you going to establish your franchise in your community and reach out to new customers? What incentives will you provide to entice people to join your team, buy/use your products/services, and recommend you to others? For example, consider a gym franchise opening in an area that already has several gyms but not enough to meet the demand. As the owner, your goal is to get as many people as possible to sign up and commit to a monthly/annual membership so you can maximise your chances of maintaining a profitable franchise. This would require a consistent and integrated marketing campaign which you would plan well ahead of time, before you opened your doors to the public.

4. Keep up-to-date with the latest news and research

Learn about what's happening in the franchise industry by subscribing to industry news and research material. The BFA is a good place to start, as it publishes regular studies and news stories that examine the latest growth and trends in the sector, including predictions for the future of British franchising.

Perhaps you are lucky enough to have enjoyed big success and exceed your revenue targets. In this situation, it might be tempting to keep running with your current business plan. However, in some franchise businesses, it can actually be harmful to have too many customers. While it might seem like every entrepreneur's dream, it can expose you to significant reputational risk.

For example, consider a gym that gets very busy during peak hours, such as Monday evenings. Eventually, some of your customers will start to get frustrated that they're unable to complete their workouts as so much of the equipment is in constant use. Sooner or later, they'll decide to terminate their membership and choose another gym. A gym franchise owner might not be too concerned about this if they know that for every five people that leave the gym in one week, another six will become new members. However, over time, those former customers might leave negative reviews, and new customers may also become frustrated and eventually leave. Before you know it, you're losing many more customers and receiving a consistent stream of negative feedback which could jeopardise the reputation of your business and every other franchise operating under the same brand name.

All the above can be avoided by implementing a waiting list to ensure that your gym doesn't become overcrowded. Make it clear that you've listened to your members and responded to their feedback so they know that you value their custom and want them to get the most out of their membership.

7. Use the 'customer-centric' model

The most successful franchises develop a 'customer-centric' culture in which you create a positive customer experience before, during and after the point of sale. In the case of a gym chain, this means creating a positive impression from the moment your prospective customers hear about you, and maintaining it throughout the gymgoer’s membership.

Early promotional offers can be a great way to reward people for taking an interest in your franchise in its early days. For example, if you're a gym franchise, you could offer a discounted membership package for the first 100 people that sign up. You'll need to meet and greet prospective members, give them a guided tour of your gym, and provide demonstrations of how to use the equipment. Tell them about yourself and why you're passionate about helping people achieve their fitness goals. After they've signed up, you should greet your members time every time they set foot in the gym and ask them how they are. This will prove that you weren't just being nice to get them to sign up.

Talk to your local community and tell them what you have to offer. Build brand awareness so you become established in your area. One good strategy is to distribute flyers or leaflets at a bus or train station on a weekday morning or early evening, when you can attract the attention of commuters. Another is to use social media channels like Twitter, Facebook and Instagram so you can quickly gain followers and spread the word online.

9. Know when it's the right time to expand

This leads on to another very important point: if your customer base is growing rapidly, think about whether you might need to expand and recruit new staff. The most successful franchises are able to identify when there might be a sudden increase in demand and employ enough staff to manage their business effectively. For example, many gyms become much busier in January when thousands of people make New Year’s resolutions to get fit. Unfortunately, many do not maintain their resolution and gyms are often much quieter by February.

10. Listen to feedback and act on it

Listen to your customers' feedback so that you can re-evaluate your franchise business plan and products or services if necessary. For example, a gym franchise might need to invest in new equipment or re-organise its layout from time to time if this is what customers are asking for.

Don't be afraid to send your customers surveys where they can provide their feedback confidentially. This should be more than just a simple select 'A, B, C, D' survey; it should allow them to provide detailed written feedback as well.

5 Questions to Ask When Doing Market Research For Your Franchise

Whether you’re taking a first look at business opportunities or [...]

Advice from the Experts: Why You Should Never Stop Learning About Franchising

Whether you’re a franchisee or a franchisor, the importance of [...]

City Spotlight: The Advantages of Running a Salad Bar Franchise in London

Salad bars are becoming increasingly popular in the UK capital, thanks [...]

Sector Spotlight: How to Run a Fitness Franchise From Home

The COVID-19 pandemic has had an impact on many businesses and the way [...]