Keeping It In the Family: How to Pass Down Your Business to a Family Member 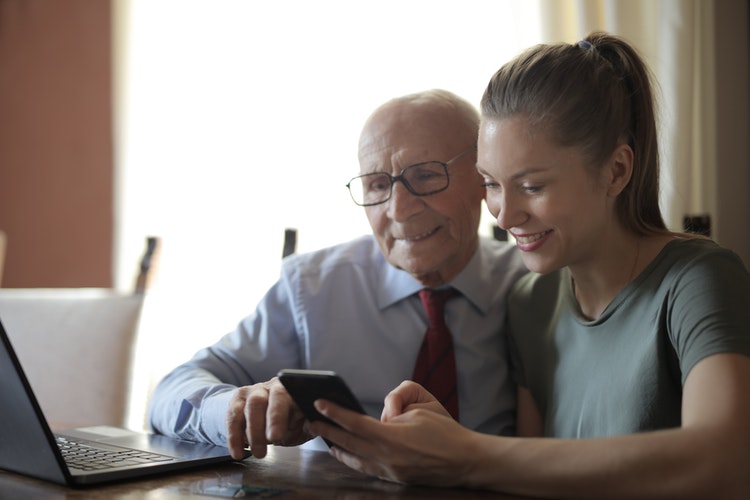 You’ve spent years building up your family-run franchise from the ground. Now, as you approach retirement, or as a new challenge looms, you might be thinking about passing your business on to the next generation of your family. This article explains how to do that without any legal or logistical hiccups.

Maintaining a successful franchise is a task that’s never complete. Franchisors will often spend decades perfecting their formula before they hand it over to franchisees. But when retirement or new ambitions call, either for the franchisor or a franchisee, it can be difficult to hand over the keys to a stranger or close the business. That’s why passing on the business to children is a common progression for many franchisees who want to ensure the future of their business is profitable.

But, from early planning to signing off a franchise contract, there’s a lot to consider when handing over your franchise to your children. Here are a few points that will hopefully make the process that little bit easier and more fulfilling.

How many family-run businesses are there?

According to the Institute for Family Business (IFB), there are 4.8 million family businesses in the UK. They make up more than 88% of all businesses in the country, including 10% of all large companies and almost half of the UK’s medium enterprises. These kinds of businesses are less likely to go bust, as staff turnover tends to be lower and there’s greater loyalty among both shareholders and staff, which means they can often weather storms better.

What’s more, the IFB’s research found that family-run franchises and businesses are more likely to sacrifice short-term financial results in favour of building something with greater longevity. And if that’s the case, it makes sense that many founders of family-run or oriented businesses eventually plan for their offspring to take over the company.

Forbes reported that a large portion of business owners – some 85 percent – would prefer their business to continue under the leadership of their children, but a much smaller number – around 30 percent – see this transition occur. And among those that do, less than a third will still be in business three years later.

Handing down a family-run business

If you’ve established that a family member is keen to take over your franchise or business, you need to start training them as soon as you can. While many franchises don’t require experience, it can take years to gain the experience and skills needed to run a business successfully, so it’s never too early to start showing your offspring the ropes. Let them shadow you in your day-to-day activities and establish any areas where they need extra training or guidance. The better your successor knows your franchise, the more likely they are to succeed at running it themselves.

Most families have their favourites, but your business won’t be successful if you don’t make a wise decision about who’s going to take over. As Forbes points out:

“Family businesses that operate as a meritocracy are typically more successful than those that promote based on family relationships alone.”

You need to look at your family’s skills and evaluate which positions they’re likely to thrive in. It can be tricky not to cause conflict if everybody is vying for the top spot, so look at ways to assign everyone a significant role rather than appointing one leader.

It’s vital to listen to your children about what they’d like from the business. You might have always seen your eldest daughter as a natural leader and successor, but she might not want the pressure of running a franchise. Alternatively, your quietest child might be bursting with great ideas that could take your business to the next level and would thrive in a role where their voice could be heard.

The legal side of a handover

Franchisees will often find it relatively easy to hand their business down to the next generation. If you’ve proven that you can run a successful business, and have established a good relationship with your franchisor, it could be as simple as getting your successor to sign a new franchise agreement in their name. However, it’s foolish to assume the process will always be this simple. Your franchisor may have other plans for your location, even if they’re happy with your performance, like taking it back as a company-owned store or re-selling it to a more suitable candidate.

Should I speak to a franchise solicitor?

Even if the franchise agreement itself doesn’t mention a partnership, it’s sensible to have a legal agreement drawn up if more than one member of the family will be taking over. The agreement should outline responsibilities and financial aspects, such as whether the profits will be split equally between your successors. If you don’t plan to step down straight away, make sure you’re included in this agreement to avoid the next generation taking over and shutting you out of decisions you’d still like a say in.

What if my children don’t want to run the business?

It’s never too early to think about exactly how you’re going to hand your business down to your children, nieces and nephews or grandchildren. Let them get a taste of what you do from a young age and foster open discussions about whether they’d like to be part of the business one day. If younger kids don’t seem interested, don’t be disheartened. It may just be too early for them think rationally about what you’re offering them.

If the next generation of your family genuinely isn’t interested in taking over, they might still like to work with you. Sometimes, though, you’ll have to accept that your family want to make their own way in their careers. If that’s the case, don’t force their involvement. Your franchise or business won’t thrive under the leadership of someone who isn’t interested. It may be better to sell your business to someone that genuinely cares about its success, even if they’re not a part of your family.

It can be hugely rewarding to hand your business down to the next generation of your family and, if you do it right, a decision that can guarantee your children have a profitable business to continue to grow. Check out our other keeping it in the family articles for more tips on how to run a business with family or browse our UK franchise directory.