Q&A: Does Ichiran Ramen Franchise in the UK? 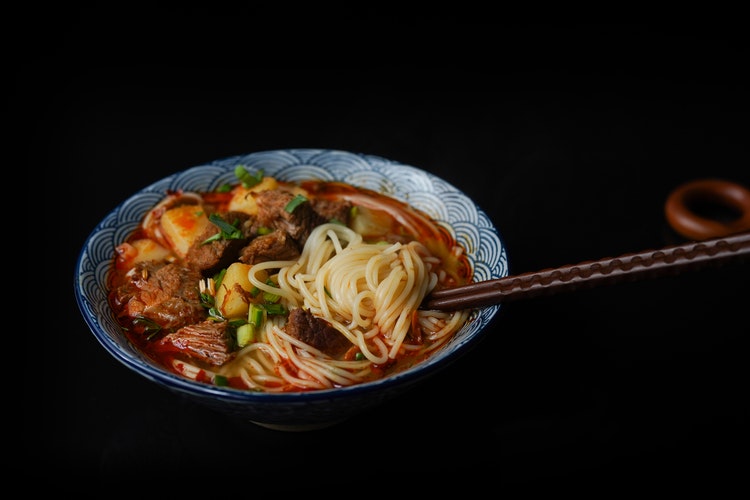 Ichiran Ramen is Japanese food restaurant chain that originated in Fukuoka, Japan in 1960. It specialises in tonkotsu ramen, a noodle dish made with pork bone broth. Today, the restaurant has over 65 restaurants in Japan, and others in Hong Kong, Taipei and New York. And, by 2020, it plans to open at least three more US restaurants. But does Ichiran Ramen franchise? Lets take a look.

This global brand started out as a modest ramen stall called Futaba Ramen, but in 1966 it was renamed Ichiran, which means one orchid. After 30 years of serving ramen from a single location, the business opened its first concept store under the management of the CEO Manabu Yoshitomi. This location then served as the outline for all future Ichiran Ramen restaurants.

Rather than diversifying its food offering, Ichiran Ramen worked to become the biggest speciality tonkotsu restaurant in the world. It only offers the highest quality ingredients and claims that over 40 experts have an input in each bowl. So, its customers can enjoy the authentic taste of tonkotsu whenever they visit an Ichiran Ramen restaurant.

The chain also believes that respecting and valuing its staff is the key to ensuring it offers the best customer experience. Thats why it praises and encourages employees and operates under the idea that understanding employees unique skills and thinking of them as family is much more important than focusing on money and objects.

Ichiran Ramen does not offer any franchising opportunities, and all its restaurant locations are company operated. At the moment, the brand isnt considering any investment or joint business expansion ventures so, unfortunately, it isnt possible to join the ramen franchise as a franchisee.

The Japanese food market in the UK

In recent years, Japanese cuisine and culture has risen in popularity across the UK. From Japanese fashion designers in London to quick, lunch-break ramen shops, the UKs hunger for Japanese-inspired cooking and exports has grown way beyond sushi.

Japanese food is never predictable or boring, as it has a large variety of flavours, ranging from sweet unagi (saltwater eel) to salty yakitori (skewered chicken). Japanese food has also prompted us to try foods with an interesting and unique texture, such as soft mochi (rice cake), silky fish and chewy udon (thick, wheat flour noodles). In addition, the UK has adopted small portions and seasonal food, trends that are central to Japanese food.

Japanese ingredients are now easy to source, and people all over the UK have access to everything they need to recreate the colourful dishes at home. Often, Japanese restaurants in the UK used to be small, traditional, family-run businesses that could be intimidating if you didnt know exactly what you were ordering. But today, restaurants usually focus on the playfulness of Japanese cuisine. For example, the casual dining restaurant YO! Sushi has made sushi accessible, as a conveyor belt eliminates the challenge of ordering unfamiliar dishes.

Also, the introduction of social media has helped shine a light on Japanese cuisine, which is often beautifully and intricately presented; in other words, incredibly Instagrammable.

But its not just the UK that loves Japanese cuisine  Peru has a flourishing Japanese food scene and Paris has Rue Sainte-Anne, a Japanese food haven where you can sample authentic dishes. The world is waking up to Japanese cuisine, which means its a fantastic time to capitalise on the increasing demand by starting up a Japanese restaurant franchise.

It is clear that the Japanese food industry in the UK provides scope to launch a profitable restaurant business. Joining a franchise can be a great move, as youll get the support of a knowledgeable franchisor and the chance to enrol onto comprehensive training programmes covering everything from hiring staff to following the business model successfully. This means you dont necessarily need any previous experience in the sector or in business ownership.

Also, its often easier to secure finance for a franchise, as they have a higher success rate than independent start-up businesses. Finally, franchises are generally an established business with a brand name that people recognise, which means franchisees can tap into an existing customer base on day one.

So, what profitable franchise opportunities are there? Ichiran Ramen franchises dont exist, but plenty of other Japanese restaurant franchises do! Take a look below at some of the best ones.

Marugame Udon is one of Point Franchises popular investment options in the food sector. It specialises in freshly made udon (thick wheat flour noodles), but its restaurant concept also serves mouth-watering tempura, omusubi rice balls and many more delicacies in its self-service cafeterias. This mimics what dining in a busy Tokyo block would feel like, so the restaurant franchise offers one of the most authentic Japanese food experiences outside of Japan.

Marugame Udon aims to serve its customers within 30 seconds of taking their orders and build a friendly relationship with them by upgrading their meals with a variety of complimentary toppings, including green onion, ginger and sesame seeds. But its the combination of generous portion sizes and low prices that puts this franchise in a great position in the Japanese fast-casual dining food sector.

So far, Marugame Udon has launched over 1,000 restaurants in Japan, South-East Asia, Australia and California. Now, its got its sights set on the UK to further the brands global expansion. New franchisees can choose to invest in the franchises food court, street-front or stand-alone model, depending on their ambitions and budget. This will cost between £225,000 and £500,000, but Marugame Udon is especially interested in hiring master franchisees who are prepared to build five or more units in one particular region.

You may also be interested in these big brands:

Its clear that this is a sector thats on the up, so it makes sense to invest now and reap the rewards over the next few years. Weve highlighted a few of the best Japanese restaurant franchises out there to give you an idea of your options.

But if a Japanese restaurant isnt quite right for you, why not find out more about business opportunities in the wider food industry? Just click here.

Q&A: Does Wiltshire Farm Foods Franchise in the UK?

The UK has an ageing population, with more than nine million people in the country [...]

Q&A: Does Leonidas Belgian Chocolate Franchise in the UK?

If you have a sweet tooth, opening a chocolate business might be a tempting career [...]

Q&A: Does Wingstop Franchise in the UK?

Most of us in the UK might not be too familiar with Wingstop, but the fast food [...]

Article published on 03/07/2020 11:18
START A BUSINESS
Did you enjoy this article? Please rate this article
Average rating 4.5/5 based on 2 vote(s)
These franchises may interest you

As one of the oldest and largest lawn treatment providers nationwide, Greensleeves Lawn Treatment Experts are [...]

Marla Custom Blinds is a family owned and operated business with a highly experienced, friendly and helpful [...]