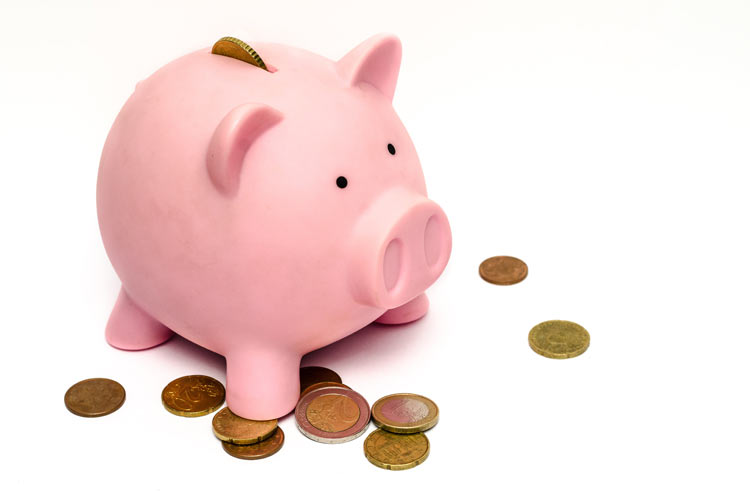 If you’ve always wanted to become a franchisee, the idea of a free franchise is a dream come true. But is this mythical concept a reality? And how can you enter the world of franchising if you’re on a seriously tight budget? Let’s find out …

Many people looking into the cost of a running a franchise are looking for an investment-free franchise, or a low-cost franchise, that won’t cost them their entire life savings. But is there really such a thing as a free franchise? In reality, it’s complicated. We’re going to break down why the concept of a free franchise is a flawed idea and show you other affordable ways to enter the world of franchising.

Ever heard the saying ‘there’s no such thing as a free lunch’? It’s important to bear that in mind when hunting for a free or low-cost franchise. Unfortunately, there isn’t really such a thing as a free franchise in the UK, or even internationally. But when you break down just what you get in the typical franchisee package, it’s completely understandable.

When you buy into a franchise, your fee pays for a number of things, including the time and expertise of the franchise support team, the extensive training process, marketing, bespoke computer software, an operating guide and even uniforms and name badges. Your franchisor has worked incredibly hard to build their business up from the ground and it’s only fair that they want to be paid for allowing you a slice of their fantastic business.

Luckily, there are plenty of franchises in the UK and beyond that only ask for a modest franchise fee, or that offer incredibly generous finance solutions to help make your dream a reality. As franchising is considered a safer bet for banks than an independent business, it’s easier to secure a bank loan to cover your initial investment costs. This means that franchising is actually much more affordable than many people believe.

But let’s imagine you have found a franchise opportunity that claims to be free. Here’s why you should hold back before diving in.

Some franchise opportunities don’t require much investment as they are inherently low-cost. Let’s say you’re buying into a B2B franchise that can be operated from your laptop. You won’t have to shell out for premises, staff or equipment to get started, so there’s no reason for the franchisor to charge an inaccessible, expensive fee. It’s not always true that you get what you pay for in the franchising world, and don’t let a low franchisee fee put you off exploring an appealing opportunity.

However, if you’re interested in a costlier venture, such as a restaurant franchise or fitness franchise, you’ll need to approach it with caution if the franchise fee is strangely affordable. Generally, these types of franchises command six-figure franchise fees, due to high overheads and equipment costs. Of course, there are exceptions within these sectors, such as a fitness business that operates in public spaces with little equipment. But if the opportunity you’re looking at is ridiculously cheap compared to others in the same industry for no good reason, proceed with caution.

There may be a benign reason behind its low cost, like the fact that it’s a new franchise brand without much of a reputation yet. However, it could also be a sign of something more sinister. The franchisor could be trying to cover up flaws in their business concept by enticing people in with a low price.

Even if a franchise is willing to waive its usual upfront fees, that won’t mean you’ll never have to put your hand in your pocket. For example, in 2015, US convenience store franchise 7-Eleven rolled out its ‘Zero Franchising Fee Initiative’. 200 entrepreneurs, who were required to set up their stores in locations where 7-Eleven was underperforming, were able to start a business without the costly burden of franchising fees.

However, every one of the franchisees still had to pay a monthly royalty fee and were subject to all other financial commitments. They also had to have enough capital to pay their bills, purchase stock and pay staff wages until their stores turned a profit. In reality, many of these entrepreneurs likely still made a pretty hefty investment in their franchising journey.

This is why it’s so important to find a franchisor that is upfront and transparent about costs right from your initial discussions. If they don’t automatically offer it to you, ask your franchisor for a full breakdown of costs, including one-off initial payments and monthly/quarterly costs, so you can judge for yourself how affordable your chosen franchise is. Check out our complete guide to franchise costs in the UK to learn more.

If a franchisor genuinely doesn’t ask for any kind of investment to join their business, alarm bells should ring immediately. It’s highly likely the franchise is a scam, a failing opportunity or that you’re being offered employment, rather than the chance to be an autonomous franchisee. Walk away and keep saving hard until you’re in a position to invest in a low-cost franchise instead.

If you’re on a tight budget and want to find a low-investment franchise, be careful about where you’re searching. It’s best to begin your search with a reputable industry body, like the BFA (British Franchise Association). The BFA acts as an unofficial regulator for the UK’s franchise sector and only accepts franchises as full accredited members if they can prove they are reputable, ethical and, most importantly, a worthwhile investment.

The AFA (Approved Franchise Association) and the QFA (Quality Franchise Association) also oversee the sector and only accept franchises as members if they can prove they’re genuine. The acceptance criteria for these organisations is not as strict as the BFA’s, so make sure you do plenty of your own research before deciding if an opportunity is right for you. You can also browse sites like Point Franchise, which only showcase genuine, worthwhile opportunities.

While Janet Jackson and Luther Vandross might have had a point with their 90s anthem, they certainly weren’t talking about the world of franchising. Never take a franchisor at face value if they claim there are no upfront investment costs – always ask for a full cost breakdown of what a franchisee will need to spend during their first year in business before signing anything.

Don’t get discouraged if you feel like franchising is out of your budget. There are hundreds of fantastic low-cost opportunities out there, and most franchisors are willing to offer funding or loans to the right candidates. You could also look into a part-time franchise that can slot in around your existing job, which will allow you to transition from employee to franchisee. You’d be surprised just how affordable franchising can be – take a look at our UK franchise directory to find out more.

Article published on 16/04/2021 20:05
INTERNATIONAL FRANCHISES
Did you enjoy this article? Please rate this article
Average rating 4.4/5 based on 4 votes
These franchises may interest you

Business Sales Plus is part of a new generation of business brokers, combining over 40 years of [...]

The UK ice cream market is worth an estimated £1.1bn per year and continues to grow. Consumers are moving away from the idea of ice cream as an impulse purchase, and increasingly regard it as a year-round product, either as an indulgence or a dessert.

Some of the most successful launches across the entire food and drink sector are in ice cream. As in [...]