Franchise vs. Independent Business: 5 Things to Think About Before Investing 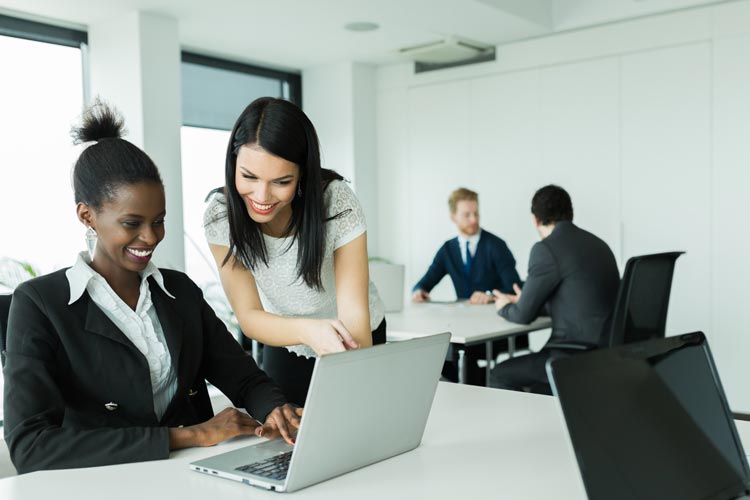 Deciding whether you’ve got your heart set on running your own business or running a franchise can be tough. So, we’ve created a run-down of some of the biggest differences between the two business models. It should help you make an informed decision and choose the right path for you.

Many of us dream of being our own boss at some point in our lives. But why do most of us never fulfil our dreams of business ownership? Fear of failure, inadequate resources and uncertainty as to which business to start are all contributing factors. Starting a business can be exciting and rewarding – once you’ve decided which type of business you’d like to get involved with. Is buying into a franchise a good idea – or does an independent venture provide the best results? We weigh up the franchise vs independent business conundrum.

Ultimately, your decision will come down to the type of person you are and the goals you have for the future. There are advantages and disadvantages to both business models, so you should consider their key differences before you decide which path to go down.

You should also work out whether you’re more likely to succeed with a franchise business or an independent one. When you understand the differences between the two models and have made your decision, consult friends, family and franchise professionals to make sure it’s the right route for you.

5 things to think about before investing

The owners of independent start-ups have the freedom to change what, when and how they sell their products and services. They can tailor their strategies according to their performance and capitalise on market trends as and when they want to. This autonomy can be empowering, but it should be remembered that independent business owners make decisions on a trial-and-error basis – and it is easy to make mistakes this way.

Franchise businesses offer franchisees training and ongoing guidance, a proven business model and the recognition that comes with an established brand. You may even benefit from help with finding the perfect site, reduced costs of group purchasing and marketing support. Franchises also provide the peace of mind that comes from being part of a larger organisation with a great track record.

Of course, there are downsides too. The biggest negative is the lack of independence. From the products and services being sold to the business’ opening hours, the franchisor is ultimately in control.

Ultimately, though, the viability of franchises is demonstrated by the increasing popularity of the model. For example, the number of franchise units in the UK has increased by 10 percent since 2015 to equal 48,600, and the number of people employed in the franchising industry has risen by 14 percent, to equal over 710,000. This has contributed to an increase of 14 percent in the value of the industry; it generates around £17.2 billion for the UK’s economy.

If you’re establishing an independent business, it can be difficult to budget for the start-up costs, as there are so many unknowns. Owners get full control over how their business looks and where it is located, but they’re also responsible for funding, designing and renovating the site, ordering equipment and stock, and organising marketing campaigns to build brand awareness.

The uncertainties associated with independent businesses can cause banks to be reluctant to finance the venture, as there is no guarantee the business will be profitable.

Entrepreneurs are often put off by the seemingly expensive upfront costs of buying into a franchise. These include the franchise fee, which gives the entrepreneur the right to use the business’ brand name, trademarks and business systems. Once the franchise is up and running, there is often a royalty fee and marketing fee which are payable monthly as a percentage of gross sales. Some franchises also require franchisees to have the funds to finance the business during its first few months.

These added costs can be overwhelming, but it is often easier to secure funding from lenders if you buy into a franchise than if you were starting an independent business, as franchises have a proven track record of success.

Overall, franchises are usually incredibly cost-effective. In fact, many franchisees decide to develop their business after launching the initial unit – and 36 percent opt to manage multiple franchise units. This means almost a third of franchisees benefit from the increased profitability that comes with a second, third or fourth branch of the same business in a given territory. In turn, these extra units will increase brand awareness in that area, which boosts sales in the long run.

A profitable industry The franchise sector generates around £17.2 billion to the UK economy.

As you can see, the statistics are promising for entrepreneurs who invest in a franchise unit. In terms of financial success, 97 percent of franchisees make a profit from their venture and more than half see an average revenue of over £250,000.

If you have a limited budget, there are plenty of low-cost franchise opportunities available. For more information on this, check out our rundown of the top five franchises that you can start for under £10,000.

Independent business owners don’t have a tried-and-tested business model or the support of a franchisor to fall back on. However, they are in complete control of their business. Some entrepreneurs feel they are not suited to following someone else’s rules and are willing to take the riskier route to business ownership in order to avoid working under a franchisor.

If you’re concerned that you lack experience of business ownership or knowledge of the sector you’re entering, the franchise model could be ideal for you. When buying into a franchise, you’re ‘in business for yourself, not by yourself’. This is an attractive concept for new entrepreneurs who value the support, advice and guidance provided by a successful franchisor. Having the safety net of a proven business model can take a lot of the stress out of starting a new business.

Not all independent business owners will have the funds to carry out traditional marketing campaigns involving television or radio adverts. As a result, they may have to settle for making the most of free or inexpensive promotional activity, such as making social media business profiles and interacting with clients or consumers online.

Most franchisees benefit from the use of a recognised brand name and, therefore, a ready-made customer base. On top of this, franchisees normally contribute to the business’ marketing fund, enabling the franchisor to invest in national and international advertising campaigns.

However, there are disadvantages to high brand awareness too. To a certain extent, customer perception of the business is out of the franchisees’ hands. If the franchisor or another franchisee does something to damage the brand’s reputation, all the franchisees will suffer the repercussions.

The statistics surrounding franchise success rates vary hugely, but there does seem to be evidence that franchise businesses enjoy higher levels of success and longevity. This is likely to be down to the support that franchisees benefit from throughout their franchising journey.

The figures also suggest that once entrepreneurs have chosen their franchise and built a business, they tend to stick with it for the foreseeable future. Just 4.6 percent of franchise business owners decide to sell and move on, while the remaining 95.4 percent are satisfied with the results of their chosen franchise over time.

Deciding between an independent business and a franchise unit

When you’re making the franchise vs independent business decision, think about what franchising can do for you – and your family. If you crave control over every element of your business, a franchise probably isn’t right for you. However, if you prefer the stability and support of the franchise business model, you could find that franchising is perfect.

Most importantly, make sure you carry out significant research before you embark on a business venture. Take the time to thoroughly investigate any franchise business you’re interested in and compare your findings to the idea of starting a business from scratch. Also, consult legal, financial and franchise experts so that you can make an informed decision.

If you think the franchise model is right for you, read our tips on setting up a franchise unit in the UK.

Article published on 25/01/2021 09:13
FOCUS ON BUSINESS SECTORS
Did you enjoy this article? Please rate this article
Average rating 4.5/5 based on 3 votes
These franchises may interest you

Housing market activity has been at a record high since the summer. New home building targets remain at 300,000 per year and virtual viewings mean there is nothing to stop people moving even in lockdown. What a great time to start your very own removals business then!