8 Advantages of Running a Falafel Franchise 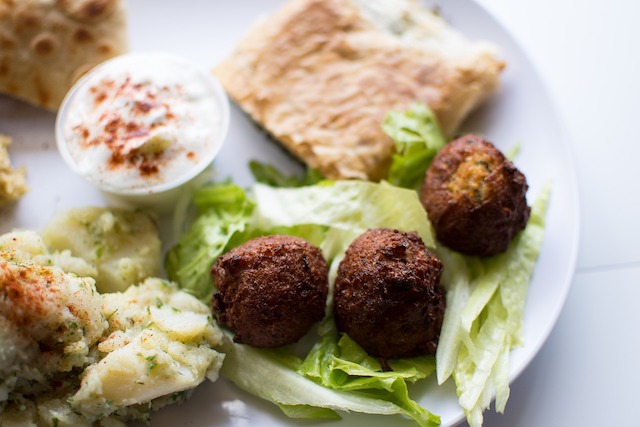 The humble falafel has risen in popularity over the past few years in the UK. In this article, we take a look at why the tasty foodstuff is a tempting investment and why you should consider joining a falafel franchise.

Healthy, tasty and almost addictive, falafel is quickly becoming one of the UK’s go-to options for a filling snack. Investing in a business selling falafel could be a quick ticket to profitability; here’s why you should consider the savvy move.

Advantages of running a falafel franchise

The current state of the falafel restaurant sector

The growth in falafel consumption in the UK can be attributed to a number of factors. The two biggest contributors are the emergence of Middle Eastern cuisine and the development of vegetarian and vegan diets.

Back in 2016, meat-free food sales really started to take off, increasing by 1,500 percent as the UK population began to embrace vegetarian, vegan and flexitarian eating habits. Consumers are becoming increasingly concerned with the ethical, health and environmental concerns, and this movement towards meat-free living is set to continue into the future.

Now, there are food businesses selling falafel in every major town and city. From salad and pitta bread stalls to huge restaurants offering a menu of delicious Middle Eastern delicacies, the tasty treat is served in a range of different ways. As increasing numbers of consumers discover the foodstuff and add it into their diets, there’s great potential for savvy entrepreneurs to take advantage of a growing market.

You only need to look at the impressive success of Eat A Pitta to see just how much consumers love Middle Eastern cuisine. By joining a falafel franchise with the flexibility to serve tasty food all day long, you can maximise your customer base, just like Eat A Pitta has done. You’ll be able to take advantage of the high numbers of consumers looking for a healthy breakfast, lunch, mid-afternoon snack or dinner.

Get started on your franchising journey

We don’t have any specific falafel franchises on our books at the moment, but it’s worth checking back, as it’s likely new ones will join our network in the future. For now, why not explore similar routes to business ownership? You might like to explore our healthy food franchise opportunities.

Also, you may want to consider investing in a vegan food franchise. While this might seem like a fairly niche option now, the vegan market is set to grow rapidly over the coming years, as it’s already found a sizeable customer base. Of course, putting your capital into a food franchise with a good variety of vegetarian and vegan options is also a great move. Click on the link to browse our entire catalogue of food and restaurant investment options. You’ll be able to sort the selection by popularity and investment price to find the right franchise for you.

Q&A: Does Bella Italia Franchise in the UK?

With a huge pool of loyal customers, Bella Italia is one of the UK’s [...]

Q&A: Does Wagamama Franchise in the UK?

Wagamama is one of the UK leaders in the quick-service restaurant [...]

Article published on 19/04/2021 13:16
FOCUS ON BUSINESS SECTORS
Did you enjoy this article? Please rate this article
Average rating 5.0/5 based on 1 vote
These franchises may interest you

Ditch the razor, save on laser.

Start your own lucrative aesthetics clinic by partnering with the world’s largest provider of laser [...]

As one of the fastest growing drainage solutions franchises in the country, DALROD is an attractive [...]