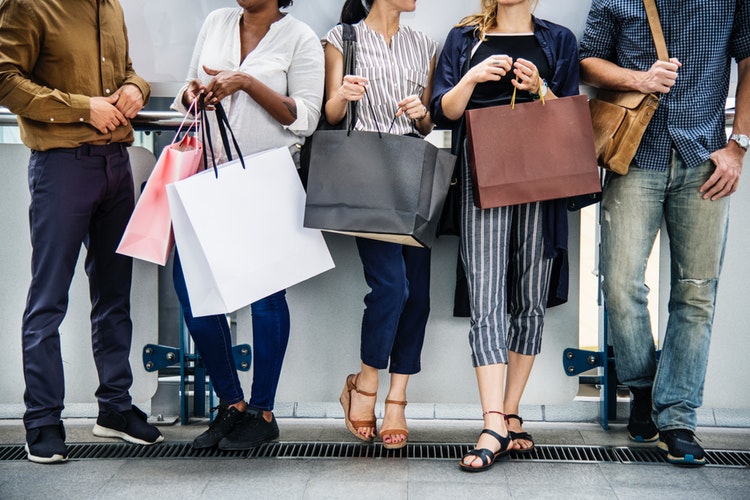 Debenhams has long been considered one of the stalwarts of the British high street, having around 165 stores across the country and almost 90 more international franchises. It was founded back in 1778 by William Clark, who teamed up with William Debenham in 1813 to give the store its signature name. It initially sold drapery, hosiery, lace and silks and had just one store in London.

However, Clark and Debenham managed to duplicate their store concept in the city of Cheltenham and quickly realised that they’d created a business that was ripe for expansion. In 1928, Debenhams became a public company and was listed on the London Stock exchange, showing how far it had come from the modest business it started life as.

Over the years, Debenhams won a legion of loyal customers for its innovative retail concepts, including its ‘Designers at Debenhams’ which allowed customers to purchase designer brand clothes at high street prices. During the mid-200s, Debenhams acquired a number of brands including Faith and Principles and continued to sell their popular products in its stores.

However, Debenhams issues profit warnings in 2013, signalling the start of a period of financial uncertainty that continues to date. Investment from Sports Direct’s Mike Ashley helped the company stay afloat, but it announced that it went into administration in April and has been forced to close a number of stores.

Interim Chief Executive Terry Duddy is working with the department store’s creditors to find a turnaround plan, so hopefully the retail giant will be able to turn its fortunes around in the future.

Debenhams began franchising internationally in 1997, when it opened its first franchised store in Bahrain. Although its UK operations remained solely owned and operated by the company, Debenhams has gone on to achieve success on an international level through franchising. Now, it has more than 58 stores spanning 19 countries and has an international web platform that retails online to customers in over 60 countries.

Debenhams says that its primary focus is to build its presence in the Middle East, South East Asia and Eastern Europe, although this may have shifted after its UK operations have taken a turn for the worse. Currently, there are no franchise opportunities with Debenhams in the UK.

However, if you’re looking to become part of the multi-billion-pound retail industry here in the UK, there are plenty of opportunities here on Point Franchise. Take a look at some of the most exciting companies looking for UK franchisees right now.

Cash Converters sell a range of quality goods as well as offering pawn-broking loans and personal finance solutions to people across the world. Since it was set up in 1984 by Australian Brian Cummins, the retail franchise has grown into an international retail giant, with more than 700 stores spanning 20 countries.

Cash Converters welcomes franchisees from a wide range of backgrounds, simply asking that they have the drive and ambition to make their business a success. With the net income of up to £17,000 per month up for grabs, it’s an attractive opportunity for those who are looking to become part of the UK’s retail sector.

New franchisees will receive plenty of guidance and assistance at every step of their journey, from writing their business plan to having opening stock to a full suite of comprehensive training that includes lessons in jewellery and second hand goods valuation. Each will have access to a custom-designed computer system that makes it easy to track, monitor and analyse key operational data so that staying on top of things is easy.

Complete Entertainment eXchange, or CEX as it’s more commonly known, is one of the UK’s leading retailers of used entertainment tech and electronic products. The retail franchise sells a huge range of second-hand entertainment products, ranging from DVDs, Blu-rays, video games and CDs to consoles, mobile phones and computers, catering to the need of every entertainment tech lover. As the pace of technology innovation becomes faster and faster, yet comes with heftier price tags, quality second-hand goods are now more in demand than ever. With a CEX franchise, you can meet this demand in your local area.

Founded in 1992 by a group of friends and franchising since 2006, CEX has plenty of experience in the challenging retail world. It’s a member of the bfa, scooping the association’s Franchise Marketing Award in 2016, and offers financing options to make your franchise dreams a reality through most major UK banks. CEX now has more than 350 locations across the country and stores internationally in countries including Ireland, Australia, Mexico, India and Spain.

To join CEX, you’ll need previous retail management experience and a genuine love of tech in addition to between £150,000 to £250,000 to invest and £40,000 liquid capital. New franchisees will be fully trained at their local corporate store and will be updated on procedure changes throughout their franchising journey. They’ll also get exclusive access to CEX’s intranet system, allowing them to manage all time-consuming admin in one place, as well as getting a say in the design and outfit of their store.

Although the initial franchise investment is high, franchisees can expect a return on their investments in just 18 months, making the high amount you’ll need to start off worth it in just a short period of time.

Q&A: Does One Stop Franchise in the UK?

Interested in running your own convenience store business? Here, we look [...]

Q&A: Does Coffee 1 Franchise in the UK?

Article published on 19/01/2021 17:29
FOCUS ON BUSINESS SECTORS
Did you enjoy this article? Please rate this article
Average rating 4.5/5 based on 1 vote
These franchises may interest you

First Class Learning offers personalised learning in maths and English for children of all ages and [...]