Q&A: Does Hilton Hotels Franchise in the UK? 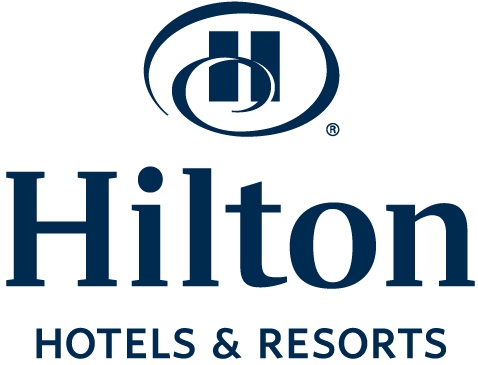 Hilton Hotels is one of the biggest hotel names in the world  but is it possible to become part of this staycation supremo? In this article, we find out whether you can join the Hilton Hotels network as a franchisee and exactly what youll need to do so.

Considering its one of the largest brands in the £130 billion hospitality industry, its not surprising that lots of people are intrigued as to whether they could potentially run a Hilton Hotels franchise. Hilton Hotels & Resorts is undeniably one of the most recognised hotel brands in the world. Being a leader in innovative products, amenities and services, Hilton remains synonymous with hotel all over the world.

Hilton Hotels & Resorts continues to be a stylish, sophisticated and forward-thinking global front-runner in the industry. The brand prides itself on making travel a whole lot easier, with its elegant design, advanced restaurant concepts and dedication to the global hospitality community. So, lets find out if its possible to become part of this internationally recognised brand.

Yes, Hilton Hotels does franchise and has been doing so since 1965. In 2018, 90 percent of Hilton units were franchises, and 50 percent of those were outside the US (Entrepreneur Europe). During Blackstone Groups ownership of Hilton between 2007 and 2013, the brand pursued an expansion strategy to further Hiltons reach through franchise agreements, with few of the new properties developed being operated by Hilton.

Throughout this period, the number of franchised properties grew significantly. However, many of Hiltons flagship hotels, airport locations and largest properties are corporately managed. Franchisees must adhere to stringent brand standards in order to uphold a licensing agreement with Hilton. Hilton Franchise Holding LLC is the franchisor that licences the Hilton System. The system includes access to a reservation system, publicity, training programmes, policies for construction and much more. Hilton is looking to establish new franchise units worldwide.

Conrad Hilton bought his first hotel in 1919 in Cisco, Texas. By 1927, he was breaking new ground in the hotel world, opening the Waco Hilton, the first hotel with air-conditioning and cold running water in the public rooms. Fast forward 20 years, and the Roosevelt Hilton in New York City became the first hotel in the world to fix televisions in the guest rooms.

A year later, Hilton pioneered a multi-hotel reservations system, which was the start of the modern reservation system we use today. Seven years on, Hilton offered its first direct-dial telephone service across its hotel network. In 1959, the brand opened its first airport hotel, San Francisco Airport Hilton, and introduced the airport hotel concept - much to the relief of business travellers everywhere. In 1987, Hilton launched Hilton Honors, its guest loyalty programme.

Skipping to the 21st Century, Hilton Vancouver Washington was the first hotel in history to be both Leadership in Energy and Environmental Design (LEED) and Green Seal certified. In 2010, only five months after the opening of eforea spa in Hilton Short Hills, the spa began operating in Thailand, China and other locations in the US.

Three years later, Hilton pioneered a new dining experience, Herb N Kitchen, a grab-and-go concept offering healthy and fresh food across the globe. In 2014, the brand was the first hotel to livestream a concert on YouTube, in Hilton Times Square. And as of 2017, there are over 570 Hilton Hotels & Resorts establishments in 85 counties and territories spread across six continents. These are managed by Hilton companies, independent operators and franchisees.

Keen to know a bit more about getting involved with the Hilton Hotels franchise? Heres our guide covering everything you need to know about the opportunity.

Hilton does not have a checklist of the experience that it requires new partners and franchisees to have. Its clear from its success story testimonials, though, that its partners are primarily real estate or hospitality companies that have the capital, knowledge and access to prime real estate thats necessary to be part of the brand. Its pretty much a given that youll need to have experience in the world of hospitality to become part of such a colossal global brand. Its also likely that Hilton is looking for individuals or companies that have experience of expanding or operating sites for other international hotels, particularly if youre looking to operate and own more than one location.

Brace yourself, as youll need a hefty wad of cash to even think about investing in a franchised Hilton Hotel. Hilton states that the minimum amount you can invest into one of its hotels is $30,574,200 (£23,336,000), but the largest sites in prime locations can command investment as high as $128,962,000 (£98,430,000). Youll also need to pay an initial franchise fee of $75,000, plus an ongoing royalty fee of five percent and an ad royalty fee of four percent every year.[entrepreneur.com]

Some finance options are available, but youll need to fund a good portion of the investment yourself, meaning youll need to put in at least a few million from your own pocket first. This means its better suited to companies looking to expand their hospitality portfolio or high-net worth business owners seeking a new investment opportunity.

Youll get plenty of support when setting up your business and throughout your franchising journey, including a toll-free helpline where a support team can answer your questions, as well as a regular newsletter to keep you in the loop about whats happening within the company. Youll also benefit from:

Make your next career move with Hilton Hotels

Q&A: Does Uber Franchise in the UK?

After exploding into the UK taxi market eight years ago, Uber has become many peoples [...]

Q&A: Does Zara Franchise in the UK?

As one of the biggest fashion brands in the world, Zara is a would-be franchisees [...]

Q&A: Does Jack in the Box Franchise in the UK?

. The UK is undeniably a nation of fast food lovers. Even with more and more Brits [...]

Management Styles: Are You a "First-Time" Franchisor?

Are you thinking about franchising your business or in the initial stages of becoming [...]

Article published on 28/09/2020 08:00
START A BUSINESS
Did you enjoy this article? Please rate this article
Average rating 4.3/5 based on 5 vote(s)
These franchises may interest you

Opening a world of opportunities to children and young people

A Business in a Box: Childcare and activity provisions for children including breakfast, lunchtime, after [...]

Revolutionise a sector thats primed for modernisation, using our technology and proven marketing systems to [...]

Unique Solution in Promoting Your Image

Access4Lofts is a lucrative van-based business opportunity where we help our customers utilise wasted space [...]

WHO ARE WE? Designing and installing driveways, paths and patios since 1977 Daniel Moquet Driveway Designer, [...]