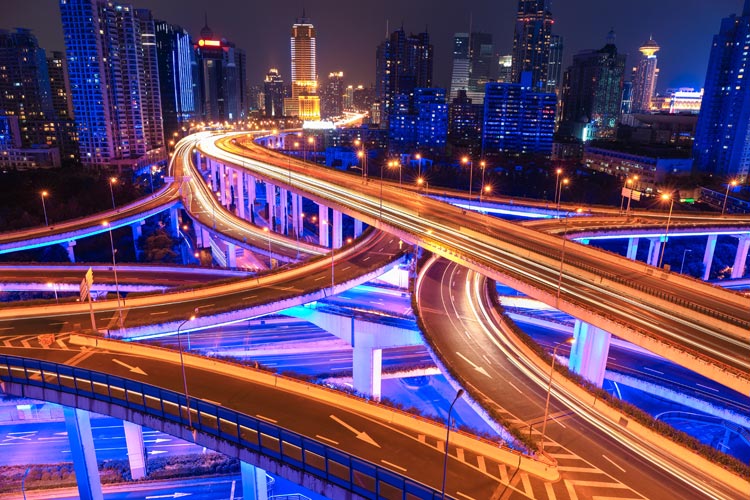 One of the most commonly asked franchising questions is What are the biggest franchises in the world? So, lets find out keep reading to learn more about them!

Franchising can bring many advantages. From brand recognition and an existing customer base to expert training and support, franchises can provide their investors with a variety of benefits to help fast-track their journey to success. But not all franchises are equal in terms of what theyve got to offer. The biggest franchises in the world should, in theory, have a huge amount of industry experience and expertise, and, therefore, the ability to help new franchisees see profitability quickly.

Here, we take a look at some of the biggest franchises out there and how theyre dominating international markets. However, its important to remember that, while big, impressive brands can offer great franchise opportunities, bigger is not necessarily better. Their real value for franchisees lies in their operational strength, training programmes and willingness to adequately prepare investors for business ownership. Of course, most large franchises offer all these elements as a result of their standing in the franchising world.

Here, well take a look at some of the biggest franchises out there across the world. There are a few different ways to calculate the biggest brand, so weve listed a few different categories.

According to Entrepreneur magazines Franchise 500 2019 ranking, McDonalds is the most successful franchise in the world. The league table considers a whole host of different factors, from the number of units to brand strength, investment fees and support provided.

Entrepreneur also runs a number of separate rankings, which takes different factors into account, such as number of units and growth rate. Interestingly, McDonalds also tops the charts for the Top Brands table, as it has built itself up as a hugely successful business with a global reputation.

About the franchise: The idea for McDonalds came about when 52-year-old Ray Kroc met Dick and Mac McDonald, who were looking for a franchisee to expand their restaurant business. Kroc went on to establish McDonalds System, Inc. and, within seven years, he had bought the brand name and its operating system. The restaurant chain was established with the intention of providing a consistent customer experience, so Kroc made sure the burgers, fries and drinks that were served on one side of the US tasted the same as they did on the other side.

KFC has bagged the hotspot in the international franchise ranking. While McDonalds is considered the strongest brand across the US (where Entrepreneur is based), KFC has the greatest presence in international markets. Factors taken into account include franchise set-up costs, training and support, and financial stability.

About the franchise: Behind this hugely successful franchise lies one man, The Colonel. He was born in 1890 and spent years perfecting a menu of the delicious fried chicken he grew up eating. In 1930, he took over a service station and began serving chicken to hungry travellers. But it wasnt until 1952, after hed lost his business and built it back up again from scratch, that he opened his first KFC franchise unit in Salt Lake City, Utah. KFC believes in transparency and makes its food using fresh ingredients.

Did you know? KFC is on a mission to reduce its menus calorie count by 20 percent by 2025.

To get this league table, Entrepreneur magazine analysed the brands that had opened up the highest number of new franchise units in the US between July 2017 and July 2018. Taco Bell came out on top.

About the franchise: This business was launched by Glen Bell in Downey, California. At a time when the food market was overflowing with hot dogs and burgers, Taco Bell offered customers something a little different; Mexican cuisine. Today, its restaurants still feature California-inspired interior design and an open kitchen, enabling customers to see their food being prepared.

In this poll, Entrepreneur looked at businesses that began franchising after 2014. Examining factors like investment costs, support provided, brand strength and financial stability, the magazine came up with a list of the top 100 new franchises.

About the franchise: These franchises make up the Streamline Brands portfolio. They provide child and adult swimming lessons, parties and summer camps. Streamline Brands is proud to be able to cater to both inexperienced swimmers and confident, competitive children alike. All three franchises have seen significant success in the US, while SafeSplash has also set up units in Mexico and SwimLabs has proven popular in the Middle East.

There are plenty of franchises at the top of their game waiting for entrepreneurs to help expand their business even further. Why not explore Baskin Robbins franchise opportunity in more detail?

Baskin Robbins is Entrepreneurs top franchise opportunity for budgets of less than $100,000.

About the franchise: This franchise business began when Irvin Robbins decided to experiment with fruit and branded sweet treats to create new and exciting ice cream flavours. After the Second World War, his brother-in-law, Burt Baskin came on board to help establish the first Baskin Robbins ice cream parlour.

An industry leader Baskin Robbins has been franchising for over 70 years!

The menu has evolved to incorporate milkshakes, smoothies and fruit creams alongside a huge selection of ice creams. Baskin Robbins knows how to please consumers  they can each create their ultimate sundae, incorporating a huge range of ice creams and toppings. Consumers can add hot fudge, marshmallows, roasted almonds, chocolate truffles or fruit to their sundae  to name a few options!

Join Baskin Robbins as a franchisee

Baskin Robbins is advertising its franchise opportunity right here at Point Franchise. To read more about it, just click here.

Choosing to invest in a franchise can be a life-changing decision, so its important [...]

Considering starting your own franchise? Look no further than our definitive franchise [...]

Article published on 25/02/2020 14:00
FOCUS ON BUSINESS SECTORS
Did you enjoy this article? Please rate this article
Average rating 4.75/5 based on 2 vote(s)
These franchises may interest you

Tubz Brands is the number one tower vending franchise in the UK & Europe, with over 300 franchisees. We are [...]

Be your own boss with a turn-key ChipsAway franchise. ChipsAway guarantee that all new franchisees will receive [...]

Wiltshire Farm Foods is the UKs leading home delivery food franchisor with a network of over 80 franchise partners, [...]