Q&A: Does Applebee's Franchise in the UK? 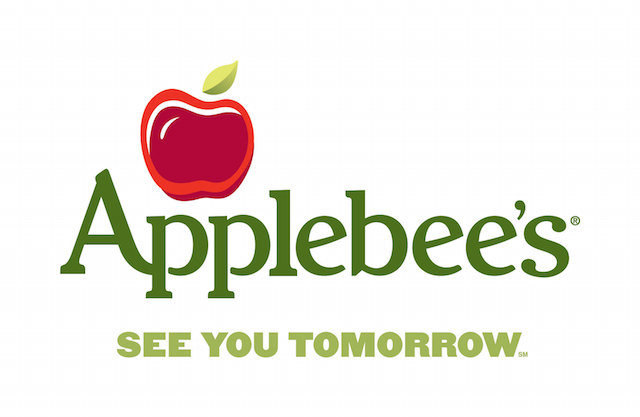 Applebee’s is a US-based casual dining restaurant chain that offers a wide range of delicious dishes. There are outlets in more than 14 countries. It operates close to 2,000 restaurants across the world through a network of franchisees. The chain drives its international and domestic growth by offering lucrative multi-unit agreements to those looking to become part of the brand. But can you buy an Applebee’s franchise in the UK? Let’s find out.

Applebee’s is much younger than many of its competitors but has still grown into a huge US institution over the course of its relatively short history. Bill and T.J. Palmer launched their first restaurant in 1980 in Decatur, Georgia. Their business quickly expanded with Bill operating as President and he perfected the franchising model, which was launched shortly after. He’s now a franchisee himself, operating more than 35 restaurants across the US.

In 2007, Applebee’s was bought out for a staggering $1.9 billion by IHOP Corp, which operated the IHOP restaurant brand. Shortly after, it announced that it would begin the process of franchising out Applebee’s 500 US-based, company-owned restaurants. Applebee’s has faced a tough time financially, as it struggled to attract diners in an increasingly crowded market. However, the restaurant chain reported its best year for more than a quarter of a decade in 2019, with in-store sales growing year on year by five percent.

Although Applebee’s does franchise in lots of international territories, it doesn’t franchise here in the UK. It also doesn’t have any kind of presence in the UK in the form of company owned restaurants and hasn’t announced any plans to expand to our shores. For now at least, you won’t be able to get involved with the Applebee’s brand in the UK, either as a franchisee or as a worker.

Although there aren’t any UK opportunities with Applebee’s, we have lots of opportunities in the restaurant sector that you can get involved with. Bella Italia, for example, is one of the UK’s leading casual dining franchises and is currently recruiting for new franchisees across the country. Its sister brands Café Rouge and Las Iguanas are also on the lookout for entrepreneurs who can help them expand, so there are plenty of chances to open your own casual dining establishment here.

How can I get involved with Applebee’s?

Applebee’s has always offered franchise opportunities alongside its company owned restaurants, particularly in the US. The company is now pushing for more of its locations to be franchised and is even off-loading a large percentage of its company managed stores to both new and existing franchisees.

This means that the opportunity is probably best suited to those who are already running their own successful business, as it’s not likely that a bank would lend such a high sum to an individual without a strong commercial history and assets to offset the risk. Applebee’s itself also doesn’t offer funding, so it would be up to the individual to find a bank that’s willing to invest.

So, if you’re planning on moving to one of these countries in the future, you may be able to open an Applebee’s franchise. The franchise hasn’t announced plans to expand to other countries at present, but if you think you could be the master franchisee to bring the brand to your country, Applebee’s welcomes international enquiries on its website.

The casual dining market in the UK

The UK’s restaurant and bar sector is worth a whopping £91 billion, according to eating out insight specialists MCA insight. MCA highlighted how consumer trends suggest that we’re looking for ‘price-led value’, meaning that affordable places to grab a bite are doing better than their pricey competitors.

The casual dining market is growing much more slowly in the UK after periods of rapid expansion, but the average amount customers spend has increased by 2%, showing we’re still happy to part with our hard-earned cash in laidback eateries. However, the market has faced some stiff competition from the takeaway world, as it becomes ever more convenient for us to get delicious food delivered to our homes.

Problems within the casual dining market are present, as accountancy firm UHY Hacker Young explained to The Guardian. It outlined how “the rapid growth of the casual-dining sector since the 2008 financial crisis has resulted in an oversaturated mid-market, which is still going through a dramatic shakeout.” Some brands are responding to the congested marketplace by diversifying into delivery and concentrating on appealing to price conscious customers with great menus at affordable prices.

Chains that are bucking the gloomy trend include Nando’s, which has managed to increase its profits consistently and Wagamama’s, which has opened six new locations in the UK over the past few years. Casual dining is still an exciting market for those looking to enter it, particularly with the backing of a recognised franchise brand behind them.

Similar opportunities to Applebee’s in the UK

If you have set your heart on owning a casual dining franchise, there are a number of alternatives available to investors here in the UK. Let’s take a look at them.

As previously mentioned, Bella Italia is one of the UK’s most exciting casual dining franchise opportunities. With more than 110 locations across the country, it’s a recognised brand that’s popular with diners seeking classic Italian dishes that won’t break the bank. Its first restaurant opened its doors in 1990, hoping to capitalise on the country’s growing appetite for tasty Italian food, and it has gone from strength to strength ever since.

The restaurant franchise’s strength lies in the authenticity of its offering. For example, its De Cecco pasta has been made in Italy since 1186 and uses the best grains for a superior texture and taste. Similarly, its hand stretched pizzas and unique gelato carts enhance the feeling that customers are visiting a little Italy every time they enter a Bella Italia restaurant.

Bella Italia’s restaurant concept can be adapted to suit a variety of locations and can be based in premises anywhere from 275m2 , ideal for service stations, food courts and airports, to 400m2 sites in shopping centres and out of town sites. It lists its ideal franchisee as possessing the following qualities:

• Scale – If you want to join Bella Italia as a franchisee, you’ll need to be an established business with plenty of working capital, rather than an individual, which is willing to invest over the course of three to five years.
• Casual dining experience – You’ll need to have experience within the casual dining industry and ideally have expanded similar brands to Bella Italia in the past.
• Network – It’s vital that you have links to great sites for potential restaurants and the knowledge of setting up a reliable supply chain.
• Brand focus – You must be able to deliver an excellent, consistent customer experience in all establishments.
• Regional expansion – You’ll need the ability to expand and move into neighbouring regions.

Part of the same parent group as Bella Italia, Café Rouge is another exciting franchise opportunity that’s looking for franchisees in the UK. The French casual dining brand has more than 90 locations across the country and, since it was established in 1989, it has become a firm favourite among many UK diners. Café Rouge covers every meal of the day, from tasty brunches and light lunches to decadent dinners and even afternoon teas for any special occasions.

Franchisees of the restaurant chain will need to:

• Be a large business with plenty of capital that can be invested over a three- to five-year period
• Have experience running a casual dining business, preferably with practical understanding of how to expand this in the UK or other Western European countries
• Have access to prime commercial properties that can be used by Café Rouge and the know-how and contacts to establish a secure supply chain
• Be able to deliver a consistent customer experience in every single restaurant that is opened
• Expand across the local region and potentially take the brand to other neighbouring regions

If you’d like to get involved in this franchise opportunity, you’ll need to invest a minimum of £350,000 and have enough capital to ensure your Café Rouge operations enjoy good cash flow until they become profitable in their own right.

Q&A: Does Denny's Franchise in the UK?

If you’ve got family in the states or have been there on holiday, you [...]

Q&A: Does Carl's Jr. Franchise in the UK?

Today, we find out whether the much-loved American fast food chain, [...]