As people look for more inventive ways to relax and bond with their friends, escape rooms are becoming an increasingly popular place to spend time. The basic premise of an escape room is that a group of friends, colleagues or family are all locked in a series of rooms with a number of locks, barriers and puzzles, with the ultimate aim of escaping within a set time frame. The idea has gained such traction due to the adrenaline rush of being locked in a room, the sense of achievement gained from being able to escape, and the potential for camaraderie and bonding. Indeed, it is becoming increasingly used by companies to encourage staff bonding.

According to MarketWatch, SCRAP Entertainment Inc., which opened the first escape-game event in Japan back in 2007, saw revenues grow 800% in its first few years in the US. This is a phenomenal figure for such a nascent market and is testament to the fact that novelty and excitement is what consumers want in a market increasingly saturated by more traditional activities such as go-carting or visiting theme parks.

Why an escape rooms franchise is a great opportunity

Investing in an escape rooms franchise is a smart move for a number of reasons. Firstly, it is still a fairly new sector to get into, meaning there is room for creativity and a customer base hungry for novel experiences. Secondly, setting up the escape room can be done on a tight budget – all it takes is a little creativity and the ability to set a spooky atmosphere. Escape Room is one example of a franchise currently recruiting, with branches in 11 countries across the world and the know-how to allow you to get started in the escape room sector. Breakout is another great business to get involved with. The Manchester branch, for example, has six rooms available to purchase and franchise. Indeed, the great thing about getting involved with a franchise is that you will receive help in getting creative and in making sure your escape rooms are up to top health and safety standards - what's not to love?

If you’re interested in setting up your own escape rooms, do not hesitate to get in touch!

CAHEM is a unique virtual reality (VR) leisure park concept that allows customers to immerse themselves in a virtual world of fun.

Whether its garden marquees or ones suitable for smaller events, The Party Tent Company thrives in this marquee hire marketplace. Our aim is to [...] 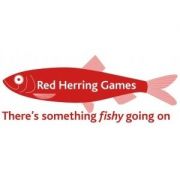 The UK’s number one murder mystery franchise featured in a recent Make Use Of write-up, listing eight of the best virtual murder mystery party games. After a year full of virtual video [...]

Red Herring Games has proven popular among business owners searching for an alternative to the classic Christmas party.  At a time when most social engagements are off the cards, bosses [...]