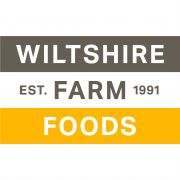 A Wiltshire Farm Foods delivery driver from Melton Mowbray is set to star in the franchise’s latest television advert.

Brett Barnard, who works for the Loughborough branch of the food franchise, will be ‘the face’ of the promotional campaign. The advert will feature the famous song ‘Bring Me Sunshine’, to highlight the way the business likes to bring a little joy to all its customers.

But Brett’s not the first Melton Mowbray resident to get screentime in one of Wiltshire Farm Food’s television campaigns. He said,

“I know Paul who was in last year’s advert and he said how much he enjoyed it, so I thought I’d enter this year, as the part didn’t involve any speaking and I’m a good whistler. It’s been a great experience.

“We’ve been using a rain machine, so I got wet a few times. It didn’t take too many takes, so I must be a natural. It’s surprised me how many people have to be involved in a process like this behind the scenes - it’s certainly been eye-opening.”

Having told customers about his upcoming starring role, Brett has become something of a local celebrity, and some even asked for his autograph.

“They’re excited to see me on the television,” Brett explained.

In his role as a Wiltshire Farm Foods delivery driver, Brett services the areas of Melton Mowbray, Rutland, Loughborough, Ashby de la Zouch, Derby and Ashbourne. The region is home to more than 1,700 customers, who appreciate being able to get fresh fruit and veg dropped off at their door.

Brett’s managers, Suzie Leeson and Rob Stanton are thrilled the franchise has chosen to use one of their employees for a national campaign:

Suzie said: “This is the second year one of our drivers has featured in the advert, which makes us very proud.”

We can’t wait to see Brett on our screens!