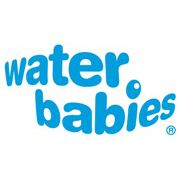 At Water Babies, our aim is to teaching safe water practice and developing children’s swimming skills from the youngest age.

Water Babies has stepped in to help with a local school’s pool clean-up after it was the victim of costly vandalism.

The baby franchise was one of the first local businesses to offer its assistance after the attack on Witney Community Primary School was discovered on August 3rd. It had been broken into by thugs who had caused thousands of pounds worth of damage, including breaking furniture, letting off fire extinguishers and throwing things into the newly cleaned pool.

A GoFundMe was set up by local resident Daniel Wells, who set an initial target of £1,000. However, thanks to the generosity of people and businesses including Water Babies, which uses the pool to run its swimming sessions, it has now raised more than £3,300. Daniel thanked the community for its incredible efforts.

“The staff from Water Babies had a really good push to clean up and hired equipment to get everything sanitised too. There was the white powder from the fire extinguishers which needed a really big deep clean to get everything sorted. We’ve been offered a couple of CCTV cameras for the pool, which was a really kind gesture, and I think there’ll be an investment in a couple more too.”

He explained how the campaign, which allowed the pool to reopen just a week later, has exceeded his modest expectations.

“The amount we’ve raised has far surpassed what we expected, and I think Water Babies will be able to invest this into different programmes. I thought we’d raise only a few hundred pounds but to get to £3,500 [through donations, not on the online fundraiser] has by far exceeded our expectations. The response to the GoFundMe for the school pool has been incredible and we’ve been blown away by the support.”

You can find out more about Water Babies’ franchise opportunity by visiting its client page above.

One of Water Babies’ most successful franchisees, Tamsin Brewis, is [...]

Water Babies gears up for the new term by launching weekend classes in [...]

Water Babies is hosting a charity swim-a-thon to raise money for stillborn [...]

Water Babies has always welcomed young babies into its classes – but [...]

Your Choice, Your Care, Your Hub

Hub Care Support is an exceptional opportunity to enter the care industry at a lower initial [...]

Caremark is a well-established in-home care franchise with a reputable track record of expertise and [...]