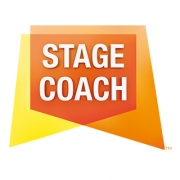 Here at Stagecoach, we go beyond honing our students' skills in arts; we equip them with the necessary skills to become a well-rounded individual that is ready to take on life

Two of Stagecoachs successful franchisees have been sharing the story of how they left the drudgery of the corporate world behind.

Richard and Tracy Chatterley both had successful careers behind them when they made the decision to become Stagecoach franchisees and the pair say that it was one of the best things theyve ever done.

Richards background as an IT director may seem at odds with the performing arts, but while he was climbing the career ladder as a computing expert, he indulged in his love of performing theatre by night. Wife Tracey also loved to act and after her children were born, Tracey made a successful career as a TV extra. She explained how her experiences pushed her towards a career helping others enter the TV and Film industry.

Ive always been passionate about performing, but the awkward filming hours and travelling meant I was leaving my kids for too long. Richard was also working long hours and not getting home until the late evening, so we looked into business options which would fit around our family. Thats when we came across Stagecoach. Richard is very business minded, so he put together two business plans  one for starting an independent school and one for starting a franchise with Stagecoach. Stagecoach won, hands down.

Richard explained how the pairs love of am-dram and Stagecoachs excellent reputation cemented their decision to join the childrens franchise. At first, Tracey was the one running the show, but Richard quickly joined her after seeing how successful the business was becoming.

As soon as we came to the decision that Stagecoach would be perfect for our family, Tracey went ahead and started training. She took over Stagecoach Leighton Buzzard in early 2016. I could see how much fun Tracey was having, even after only a few months, and our own children were going to classes and thriving. It was a real eye opener for me  one day I just woke up and wanted in on the action!

Speaking about the training he received, Richard said:

I was most impressed by the network of support youre given, specifically when it comes to legal framework and child protection. If anything, the training confirmed that both myself and Tracey had done the right thing by becoming Stagecoach franchisees.
Now, the pair are running multiple territories across their local area and Richard revealed that hes well and truly on board with the concept.

It didnt take long for me to catch the Stagecoach bug; I felt like I was born to be a Principal. Theres always a downside with any career but Im still struggling to see the negatives.

Finally, Tracey added that the work/life balance both herself and Richard have achieved is one of the best things about being Stagecoach franchisees.

Theres nothing we enjoy more than an incredible family holiday but when Richard was working in IT, we would have to book our trips months in advance. Now we have the time to take the children on wonderful breaks, without having to work to someone elses schedule. Our home is a much happier place since Richard has been around more. Our daughter still goes to the village primary school and he walks her to and from school every single day. How many dads can say they get to do that? 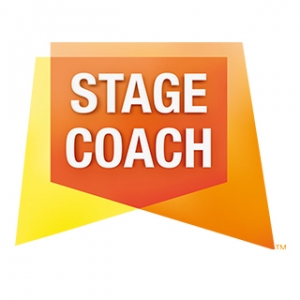 One of Stagecoachs most established franchisees has shared the story behind her [...]

Stagecoach welcomed franchisees from around the world to its international annual [...]

Stagecoach puts on a show at Point Franchise

Stagecoach has brought its performing arts class concept to Point Franchise  can [...]

Stagecoach theatre franchise school prepares its song and dance for the finals in [...]

Stagecoach Celebrates Its 30th Anniversary With A Disney Show