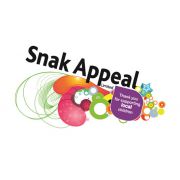 We specialise in selling sweets with the profits going to leading charitable institutions in the country.

Snak Appeal supported a charity event in East Anglia that was raising money for a local childrens hospice.

Many of us have a big sweet tooth that makes sweet treats irresistible, which is likely why Snak Appeal is so great at raising money for worthy local charities. Its good were sold at The Feathers Hotel in Norfolk earlier this month to help raise money for a local childrens hospice.

The selfless hotel hosted the fundraising event to help the East Anglian Childrens Hospice (EACH), which cares for children with life-threatening and life-limiting illnesses all across the region. Sweets from child care franchise Snak Appeal were sold to attendees, who enjoyed activities like bouncy castles and raffles, as well as the delights on offer from the delicious food stalls.

Snak Appeal had already established a great relationship with the hotel, as it had been selling its sweets there to raise money for other local causes, like Norfolk Hospice Tapping House. The charity event hosted by The Feathers Hotel was such a success that its already planning next years summer celebration to raise even more money for fantastic local causes.

Hotel manager John Higginson said that the event was a great success.

The people who [came along] were very happy. We love doing this sort of event. Hopefully it will be the first of many and well build on that. [The charities] are very worthy causes, theyre local and seen in the community and they need as much help as they can get. I think people in Norfolk are pretty generous really and we need to keep that going in the same direction.

Snak Appeal has more than 75 franchisees in the UK, who raise money for worthy local causes while generating a healthy income for themselves.

Did you enjoy this article? Please rate this article
Average rating 5/5 based on 1 vote(s)
These articles may interest you