Shoryu franchise makes its way across the globe 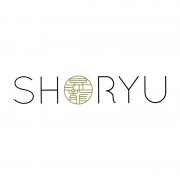 Shoryu Ramen It’s in our bones

The authentic and high-quality Japanese food franchise is set to expand and open up more branches not only in the UK but across the rest of Europe too.

The restaurant franchise set up by Japan Centre Group in 2012 has plans to grow as Japanese-native-turned-Londoner CEO, Tak Tokumine, has great ambitions for the franchise to occupy more than its current 12 locations in London, Manchester, Oxford and Fukuoka, Japan. The franchise is even backed by Toridoll Holdings Corporation and Rosinter Restaurants, speaking volumes for its reputation.

The leading UK chain is highly-acclaimed, with recommendations from critics at The Times, Timeout, The Guardian and even the highly-esteemed The Michelin Guide.

Consulting Director of Seeds Consulting, Matteo Frigeri, praises the chain’s success, saying it’s “loved by customers and landlords alike: its performance so far has consistently outpaced the rest of the industry”.

Shoryu Ramen is fast becoming a food franchise favourite and certainly worth the investment, with franchisees looking at an average of £30,000 when it comes to weekly turnover.

Not only is the nation becoming a fanatic of the healthy Japanese food trend, but the rest of Europe is too, so Shoryu’s Hakata tonkotsu ramen noodles have nabbed the perfect spot in the market.

Frigeri adds, “Ramen is becoming increasingly on trend also outside of the UK: Shoryu can quickly become the number one ramen concept in Europe.”

The brand’s franchise success can be put down to its constant menu innovation and the outstanding PR and marketing training the chain provides for its franchisees, which no doubt has contributed to its ability to expand.

It’s safe to say you should keep an eye out for Shoryu restaurants, whether it’s in your city or on your travels, as the franchise continues grows to become an even more piping-hot success. 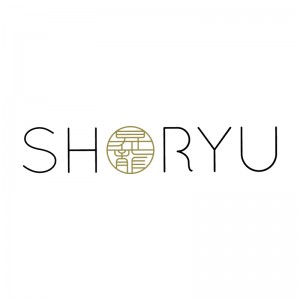 Shoryu Ramen rolls out DIY kits and delivery so lucky Londoners can get an [...]

Shoryu Ramen has curated its very own ‘dates & mates’ menu for [...]

Shoryu Ramen teams up to sow its seeds

Shoryu Ramen has announced it’s teamed up with Seeds Consulting for a [...]

Q&A: Does Nicholas Humphreys Franchise in the UK?

Running a franchise business in the property and real estate sector [...]

Converting a Business Into a Franchise Can Keep It Alive

If you’re struggling to keep your business afloat, you can access [...]

With many people spending more time at home, it could be the perfect [...]

Being Made Redundant? No Better Time to Start a Franchise

Being made redundant doesn’t have to mean financial uncertainty [...]

2021 Planning: Start Preparing Now for a Better Year Ahead