Right at Home named as one of East Englands best 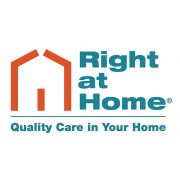 Right at Home Quality Care in Your Home

Right at Home provides premium quality homecare. Were proudly the most highly recommended national care agency in the UK on the leading independent review website, homecare.co.uk.Our franchisees make this possible by running fantastic businesses that provide the support people need to feel comfortable, healthy and happy while living independently in their own homes.

Right at Home Borehamwood has been named as one of the best-reviewed care providers in the east of England.

Right at Home Borehamwood has been celebrating incredible success less than two years after business began, as its been named as one of the top 20 care providers out of more than 900 businesses.

Founder Jenny Madghachian set up the branch in January 2018, after spending years as a nurse who specialised in haematology oncology and bone marrow transplants. The care franchise was named by homecare.co.uk, the UKs leading care review site, on its top 20 list for eastern England thanks to the glowing reviews it received from clients and their families.

Commenting on the achievement, Jenny said:

"I was so proud of the team I built and the service we provided. I knew I wanted to run a homecare business [of] my own one day. Trust is so important when choosing a care provider and our wonderful team of CareGivers really enjoy building strong relationships with our clients, giving them the time they deserve and helping them to do the things they enjoy. These awards are testimony to the dedication of our amazing team and I am very proud of the outstanding job they do each day."

One of the homecare franchises clients, Peter Seaman, has multiple sclerosis and praised the care he has received from Right at Home Borehamwood. Peter said:

"It was by chance my former carer came across Jenny in Tesco. Jenny came round and I was really impressed. I've been with her since near the start and the team she has assembled is one that aren't just there to do the job - they really care. I was recently in hospital and the emergency care provided to me when I came home [was] great and I believe it all comes from the top with Jenny."

Whats more, the location has been awarded the widely respected WorkBuzz 5-star employer award, which recognises employers that have high levels of satisfaction among their employees. 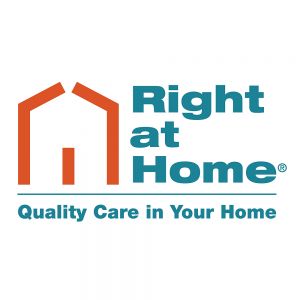 Right at Homes Nottingham South franchise was given the highest possible rating [...]

Right At Home franchisee Dave McKendry has been discussing how we can make society [...]

Right At Home Fundraising for Charity