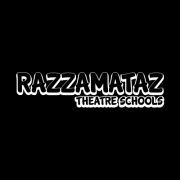 One of the top providers in theatre education in the UK

Razzamataz looks back on the achievements of its original franchisees in celebration of its 20-year anniversary.

After the investment it received from famous Dragon, Duncan Bannatye, the Razzamataz franchise has grown into one of the biggest in the education franchise sector. From it, so many entrepreneurs, who now run their own business, have been born. Let’s look back on the journey of five of Razzamataz’s successful franchisees.

Shanley Booth, Principal of Razzamataz Derby was one of the first to open a Razzamataz school. She has enjoyed learning about business but also mentoring her students and fellow teachers. One of her students, Kirsty Holland, was talent-spotted by a friend of Booth’s and now works as a CBeebies presenter at Alton Towers and teaches dance at Derby-local Minis and Juniors. Booth reflects on how thankful she is for her job and that the office-life is not for her, commenting,

“Razzamataz that has really provided me with stability and the chance to have a successful business.”

Pam Dixon, Principal of Razzamataz Dumfries, started out as an assistant in the school. She has now been the Principal for over 10 years and believes such a job is extremely rewarding as the Head Office helps provide student scholarships for Disneyland Paris and West End performances and Ashley Banjo workshops, to only name a few.

“Watching the change in confidence in our students and the impact this has on the entire family in some cases is such a highlight. We are so privileged to be on this journey with them,” Dixon expresses.

The franchise is not exclusive to industry-newbies: Deborah Laws, the Principal of Razzamataz Plymouth, possesses an accomplished background in the arts, qualified as an ITSD examiner and tutor as well as being owner of her own dance studio.

“Razzamataz has so much potential and it has been a great bolt-on to my other businesses,” the dance expert says.

Emily Miller became joint principal of Razzamataz Medway along with founder Hayley Limpkin, a franchise which has exceeded all possible expectations. The school is already coming up to its 10-year anniversary. Many of its students have gone on to work on-screen professionally and also in theatre, with some even featuring in the musical success Hamiliton.

To commemorate its anniversary milestone, the franchise is welcoming some prospective franchisees to meet founder Denise Hutton-Gosney and find out how to run their own franchisee successfully with the Head Office’s support. 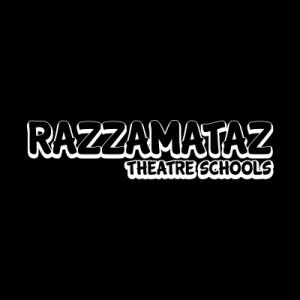 Razzamataz Carlisle welcomed one of the stars of The Lion King to its [...]

Razzamataz puts on a show at local gala

Razzamataz entertained the local community at a popular annual Gala Day in [...]

Six-year-old Lyla, who is battling a brain tumour, has been named as the [...]

Razzamataz gives scholarship to Chester girl for more than 100 hours of [...]

Razzamatazz North Bristol is set to welcome a new star to lead the theatre [...]