Puddle Ducks ranked as one of the best 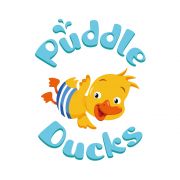 Our mission is to teach every child to love and respect the water and to swim beautifully. Thats why our standards are the highest and our approach is unique. We need you to bring our mission to children near you. A Puddle Ducks management franchise is an opportunity not to be missed.

Puddle Ducks has made one of the UKs most prestigious franchise rankings alongside huge names in the franchise industry.

Puddle Ducks has made the top 40 of one of the UKs top franchise rankings lists, putting the swimming franchise amongst some of the countrys biggest franchise brands.

The Franchise Direct Top 100 list is published every year to showcase the most successful franchises in the country. A number of criteria decide each franchises ranking, including the number of units they have amassed, the speed at which they are expanding and the scale of expansion, revenue generated, the number of years in operation and the franchises stability over the years. Franchises are also recognised for their commitment to operating ethically and offering excellent support and training to franchisees.

Puddle Ducks was ranked at number 34, beating other well-known British franchise brands to make the prestigious top 40. Speaking about the incredible ranking and the Puddle Ducks journey so far, co-founder Jo Stone said:

It is an honour to have ranked so highly and wonderful to see Puddle Ducks mentioned alongside some huge household names. Since we launched the franchise model back in 2007, we have worked tirelessly to make sure that we are offering a robust business opportunity that enables people to teach children valuable life skills. The successes and the satisfaction of our franchisees are our most important barometers, but this ranking is an important milestone.

2019 has been an excellent year for the swimming franchise, as in addition to its fantastic ranking, co-founders Jo Stone and Tracy Townend were jointly honoured for their incredible work. The pair picked up the Woman Franchisor of the Year and Overall Woman in Franchising at the 2019 NatWest Encouraging Women into Franchising (EWIF) Awards, showing that theyre an inspirational pair for the franchises growing network of franchisees to look up to.

Puddle Ducks is looking for new franchisees across the UK and is encouraging those who are interested to get in touch. 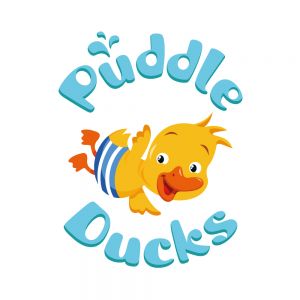 Swimming franchise Puddle Ducks has established a new board of senior executives [...]

Puddle Ducks has been awarded a franchisee satisfaction award for the seventh consecutive [...]

A successful Puddle Ducks franchisee is expanding her territory to offer classes [...]

The directors of Puddle Ducks are in the running for a Natwest Encouraging Women [...]

News published on 26/04/2019 16:00
Did you enjoy this article? Please rate this article
Average rating 5/5 based on 1 vote(s)
These articles may interest you