Prokil have been helping property owners for over 50 years to solve damp, timber problems and by installing basement waterproofing systems. Franchisees gain qualifications to become industry leading experts whilst running a business.

The first franchisees to join the Prokil network have shared their experiences of working with the damp and timber specialist franchise.

Like many franchisees, they dreamed of the freedom and flexibility that comes with being your own boss. Nathan said:

“After many years of being managers and following the strict regime and adhering to the corporate world, we wanted to venture into a business where we could make the decisions and take control of our own destiny.”

The pair decided to take the franchise route, as they didn’t have any previous experience in the construction industry and wanted to be able to receive guidance whenever they needed it.

He continued: “Having the support network, people there to offer and share ideas, was the major incentive to go down the franchise route.”

When asked why they chose to invest in a Prokil franchise, Nathan said:

“After an initial conversation regarding the business structure, Prokil ticked a lot of the boxes we were looking for. A business that had a proven track record, passionate owners and a successful brand in their current regions, all wrapped up in a business that had huge profit potential.”

Nathan noted how the Managing Director of Prokil’s sheer enthusiasm and dedication to the development of the brand was a big reason why they chose to invest.

“After speaking with Carlo (MD of Prokil) in particular, the passion behind his ambition and drive to make the franchise a success, gave us the confidence that the support network would be in place and their ambitions matched exactly what we were looking for.”

And they were certainly not disappointed by the training and support they received once becoming franchisees.

“The support has been what we expected and has never fallen short of what was discussed in the early meetings. As mentioned, the passion shown in ensuring the success of our franchise has not fallen away and this has helped us achieve what we have so far.”

If you want to follow in the footsteps of Nathan and Wai and launch your own successful business offering damp proofing, timber preservation and basement waterproofing, click here. 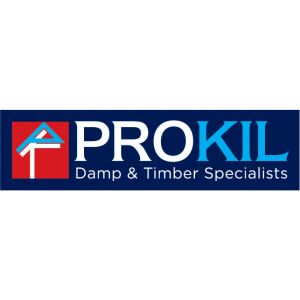 News published on 29/10/2019 08:00
Did you enjoy this article? Please rate this article
Average rating 5.0/5 based on 1 vote
These franchises may interest you