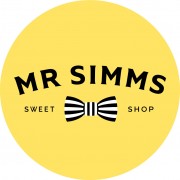 A Mr Simms Olde Sweet Shoppe branch will delight children with a selection of its tastiest chocolates.

The Knutsford location of the sweet shop franchise got involved with the local council’s Easter competition. Children coloured in a picture of a rabbit and submitted their finished creations in the hope of winning some sweet treats.

Knutsford Town Council usually hosts the annual Bunny Hop challenge, in which children are tasked with tracking down a series of bunnies hidden across the town centre. But, due to the lockdown regulations brought on by the coronavirus outbreak, it was forced to cancel the fun event. Instead, it distributed bunny templates drawn by local wildlife artist Lyndsey Green Illustration.

By the time the deadline passed, the council had received just under 50 entries, which the mayor Cllr Andrew Malloy judged, alongside his sons, Luis aged six and Adam, aged 10. With such a delightful selection of bunny pictures, the trio found it difficult to come to their decision. But, after much deliberation, they announced their winners: four-year-old Edward Wilkinson, six-year-old Ella Bramwell and 11-year-old Emily Kenny.

The competition judges were also excited to receive some ‘free-hand’ bunny pictures, which had been drawn from scratch and coloured in. For these, they created a separate category to give the entrants the recognition they deserved. After scrutinising the selection of pictures, Malloy and his sons chose eight-year-old Bee Metcalf as the winner.

The lucky competitors now await their chocolatey prizes, which Mr Simms kindly donated. They’ll be able to get their paws on the sugary treats later this week.

Although Mr Simms has been forced to close all its stores, the Knutsford franchise branch has not sat on its haunches. After offering to give away tasty prizes in the council’s Easter competition, it also donated some of its Easter stock to a local foodbank. 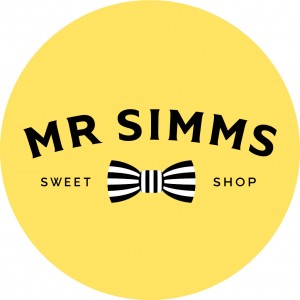 A Mr Simms Olde Sweet Shoppe branch in Knutsford has brightened up its [...]

Mr Simms is now open for business online, so customers can get their [...]

A franchisee of a Mr Simms Olde Sweet Shoppe branch has been hailed a hero [...]