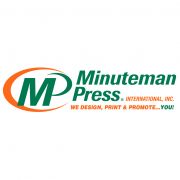 Established in the United Kingdom over 25 years ago, Minuteman Press is the UKs premier printing, marketing and design franchise. With high demand products and services, a proven business model and support offices in Glasgow, Manchester & Maidenhead; you too can take advantage of this unique franchise system. Learn more today.

Minuteman Press has inducted yet another of its successful franchisees into its prestigious Presidents Million-Dollar Circle.

Printing franchise Minuteman Press has welcomed yet another one of its franchisees into its Million-Dollar Circle, which is reserved for franchisees who achieve annual gross sales of at least $1 million.

Peter Castorena, who owns the Minuteman Press franchise in Lancaster, California began his franchising journey 13 years ago. He left his previous job as a Macys buyer after deciding he wanted to become his own boss and join the Minuteman Press network. Peters decision to take the chance and start his very own business was clearly the right one, as 13 years later hes one of the top performing franchisees in the network. Speaking about his achievement, Peter said,

It honestly feels like I finally made it, but as I look back at the years it took to get here and the business thats been built, Im glad for the journey along the way. Its been a fun 13 years with Minuteman Press and I look forward to many more to come. Just because weve reached the Million-Dollar Circle, no one is interested in taking a break. Were excited to see what our little centre in Lancaster, CA can do and what we can accomplish.

He reflected on how his franchising journey with Minuteman Press has helped him to become a better businessman overall.

One of the biggest knowledge gaps Minuteman Press helped me fill was corporate compartmentalisation. In my previous life, there were departments that helped me handle things (HR, advertising, accounting, operations). From the first two weeks of franchise training through to today, Minuteman Press helps me with whatever aspect of my business I need a hand with, and they have taught me how to do all of these things as the business owner and not just an employee.

Congratulations to Peter and his team for their exceptional efforts in building his business in Lancaster. Peter follows the Minuteman Press franchise business model and he is truly passionate about helping his clients and community in any way he can to make a positive impact in Lancaster.

Minuteman Press knows what they are doing. Listen to them and follow the system. Let them help you. 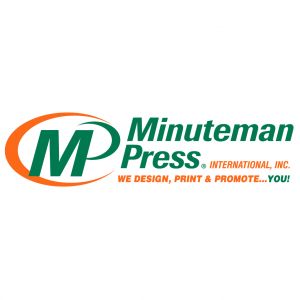 Minuteman Press is helping businesses in Bath and North East Somerset recover from [...]

A Minuteman Press branch in Turnersville, New Jersey has been helping local businesses [...]

Minuteman Press is supporting independent printing businesses as they sell to new [...]

Minuteman Press has launched a free COVID-19 resource to help the economy recover. To [...]

News published on 26/04/2020 08:00
Did you enjoy this article? Please rate this article
Average rating 5/5 based on 1 vote(s)
These articles may interest you