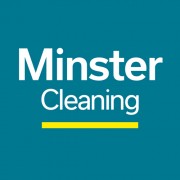 Minster Cleaning Bristol’s owner has been nominated as a finalist in the Transformation Franchisee category of the BFA-HSBC British Franchise Awards.

The nomination comes as franchisee Damon Brown celebrates his five-year anniversary as the owner of Minster Cleaning’s Bristol branch. Since ending his career at Lloyds Banking Group and setting up his franchise unit, he’s concentrated on delivering a high-quality customer experience.

Pip Wilkins, the BFA’s Chief Executive, explained why Damon caught the attention of the award judges:

“Damon has really modernised the business and worked on engaging with the customers. Once the groundwork was in place, he had key objectives to ensure the business would function better, which in turn led to better inspection scores.”

Damon has also managed to increase the unit’s profitability:

“Our margins have improved by 20 percent because customers are happy to pay more for a better service. It’s also helped us engage with larger, more complex businesses – when I bought the franchise our largest customer invoice was £20,000 a year, now we have four that are £100,000 a year.”

As hygiene became top of the priority list in 2020, Damon’s cleaning franchise branch was able to help local businesses. He said,

“We took on lots of business over the summer because we were clear about our risk assessments and what infection control we can provide. If someone tests positive for the virus we can go straight into a workplace and carry out the necessary cleaning and sterilisation.”

Having already made big leaps as a business owner, Damon is keen to continue his success.

“We have doubled in the past four to five years and currently have a turnover of just under £1.1 million. I want to double again in the same timeframe.”

Many Minster Cleaning franchisees have reached impressive milestones with the business. Half have achieved sales of over £1 million, and the top branches see an annual turnover of at least £2 million. In total, the franchise generates an annual revenue of more than £40 million. 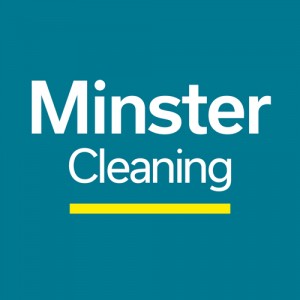 Minster Cleaning franchisees turned to the internet when their annual [...]

Minster Cleaning is taking part in a virtual discovery day with four other [...]

Minster Cleaning’s franchisees have been quick to praise the [...]

Minster Cleaning has joined Point Franchise to advertise its fantastic [...]