Mathnasium Fulham franchisee secures a second territory, with plans for a further three 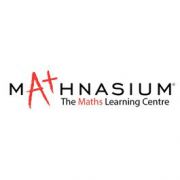 Mathnasium Transform lives… starting with yours.

Own a business that’s rewarding in every way: change children’s lives and prospects through the power of maths, while commanding your own income and circumstances too. From your local centre(s) and online, your instructors will deliver the Mathnasium Method: high-quality maths tuition, individually tailored to each child.

Dan Tregoning expresses his optimism about business growth with the maths tutoring franchise, even after a year of lockdowns and restrictions.

Fulham franchisee Dan Tregoning opened his first Mathnasium franchise in January 2020, with 25 students on his books and no idea what the next year would bring. Dan originally worked for the tutoring franchise sourcing sites on its behalf, but during this time with Mathnasium, he realised that he wanted to get in on the action and join the network. In his words, “The barriers to entry are low and the results coming out of the US were seriously impressive, as was Mathnasium’s growth plan for the UK.”

Even though COVID-19 struck mere months after the launch of Dan’s first franchise location, and many adjustments have been necessary, Dan managed to build his student list to 90 by the end of the year. Now, Dan has more than 100 students, has secured a territory for his second Mathnasium centre, and has high hopes of becoming a five-centre franchisee in the future.

Of his experience making an investment just two months before the UK’s first lockdown, Dan said, “It’s been very topsy-turvy. We haven’t had a very smooth run at it at all. But I haven’t stopped enjoying being a Mathnasium franchisee since Day One. There’s a real sense of fulfilment in changing young people’s attitudes to maths.”

Nothing has been able to dim Dan’s light and enthusiasm. He’s an experienced businessman, with years of experience as a commercial property expert in the education sector, and he’s confident that his work with Mathnasium will continue to benefit him professionally and financially.

Despite the battles, Dan has kept his franchise on the up, thanks in part to the support and camaraderie of his fellow Mathnasium franchisees, including master franchisee John Preston. He explains that, “[It’s been] a hell of a ride, but we’re definitely all the stronger for it.” To find out more about Mathnasium, visit the franchise’s profile page, which is linked above. 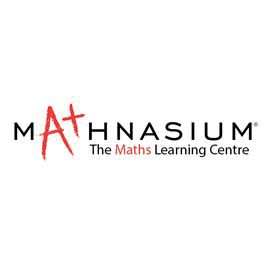 The tutoring franchise was recently thrilled to announce Alice’s [...]

The tutoring franchise is delighted to have launched a new Mathnasium [...]

The event was well-attended by many of Mathnasium’s franchisees, who [...]

In a recent blog post, the tutoring franchise revealed exactly why [...]

The maths tutoring franchise reminded its customers that Mathnasium is [...]