Marugame Udon set for rapid expansion in the US 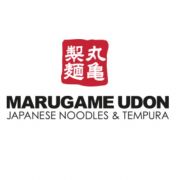 Hargett Hunter has invested in Japanese restaurant franchise Marugame Udon so it can increase its coverage in the US.

Marugame Udon is set on bringing its delicious Japanese cuisine to the US and has got the help of Raleigh, NC-based private-equity firm Hargett Hunter to do so. The fast-casual chain has more than 1,000 locations in Asia and is going to use the investment from Hargett Hunter to open more locations throughout the US.

Marugame Udon specialises in udon noodles, tempura and omusubi rice balls that are made fresh on site and served in a self-service casual setting.

Brock commented that it is “a real confluence of all the traits we put a premium on today”.

The US arm of Marugame Udon is based in Irvine, Calif. The chain currently operates from eight locations in California and Hawaii but is hoping to increase this figure to 150 over the next five years.

Hargett Hunter and Marugame Udon’s parent company Toridoll Holdings will work together to achieve the brand’s significant expansion. A highly skilled leadership team is being assembled to take the company to new heights, first as company-owned locations and then using the franchise model.

According to Takaya Awata, founder and CEO of Toridoll:

“We believe that this partnership will be instrumental in the development, growth and globalization of Marugame.

“The funding will help Marugame’s growth in the world’s largest restaurant market, propelled by the increasing popularity of Japanese food and fast-casual eateries in the United States.”

Brock is certain there is high demand for an udon noodles concept in the US. Ramen has become incredibly popular, but udon is ‘more robust’ and has more flavours: “We view udon as ramen’s big brother.”

“From an investment perspective, it has competitive differentiation. There are not any other udon concepts that people know.”

If you’re interested in playing a part in the restaurant franchise’s UK expansion, you can request more information with Point Franchise. 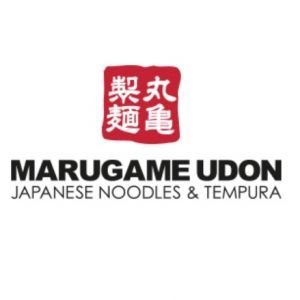 Marugame Udon has secured further investment that will help it grow its [...]

Marugame Udon is the latest franchise to join Point Franchise and its [...]

Marugame Udon heads to the UK

Marugame Udon will be bringing its freshly made udon noodles to customers [...]

News published on 26/02/2019 16:00
Did you enjoy this article? Please rate this article
Average rating 5.0/5 based on 1 vote
These franchises may interest you