Marla Custom Blinds team steps in to save the day 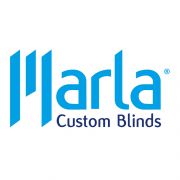 Marla Custom Blinds is a family owned and operated business with a highly experienced, friendly and helpful team who are always willing and happy to offer advice and information.

The owners of Marla Custom Blinds have praised their workforce after they successfully completed a huge job while the leaders were out of the country.

Last September, Marla Custom Blinds owners Martin and Angela were ready to head off to Spain for an eagerly anticipated 12-day break. But, when their son Danny, the business’ sales manager, asked to join them, they arranged for their Technical and Product Support Manager Drew Mitchell to take the lead.

“As a small business owner, one of your main concerns is that your operation won’t run smoothly when you are not there to keep an eye on it. That’s why we always try to ensure that no more than two of our four senior managers are away at any given time. However, being a family business, this is sometimes easier said than done.”

Operations continued smoothly for a while, but just two days into the family’s trip, their team got in touch with news of a huge job. Office refurbishment and shopfitting specialists Kiwi Design needed the interior decorating franchise to supply and install 73 roller blinds by the end of the month. This was a major project and they needed to act fast.

Two days later, Danny sent the client an estimate for the cost of the work, which was accepted the following day. Next came the initial site survey and final quote, which Drew completed the day after. This was also accepted, so Danny met with Drew within 12 hours of touching down in the UK.

The pair carried out one final survey and gave the franchise’s Fareham factory the go-ahead to start creating the blinds. It only took a day or two of quick work to get the products finished, allowing Marla’s installation team to install them on the 28th September, three days before their deadline.

“Well done guys, you have worked really hard to meet our deadline. Against the clock, your team pulled it out of the bag.”