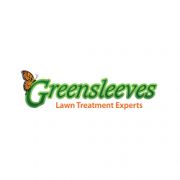 1. Franchise enquiries at an all time high

Greensleeves are currently getting unprecedented demand for franchise territories due to furlough ending and redundancies gaining speed. People are looking at businesses – Lots of the enquiries received have been progressing to meetings; since lockdown began 6 new franchisees have decided to join the franchise.

2. Record months for customer enquiries too!

On the customer front, Greensleeves have had a record June, July and August – Averaging 20% increase in sales on prior year across all franchise territories: September was an all time record - sales were 45% higher than last year and made it the best month the company has ever had! Better intake of new customers this year than in previous years ; Greensleeves were 15% up on customer numbers from the previous year.

96 trading areas with c.150 vans create more visibility and generate more customers.
Due to there being more people working from home they are now seeing the liveried company vans on their streets, or at their neighbours, and are asking for Greensleeves to care for their lawns as well.

In early April more or less the entire network ceased work in support of the NHS and as requested by the Government. After a few weeks they resumed working in a safe manner. Because the franchisees work outside in the fresh air 100% of the time no direct customer contact is required. Email reminders of treatment dates were sent; customers were emailed invoices and with direct debit and bank transfer as a contact free method of payment, there couldn't be a safer environment to run a business.

Greensleeves have also noticed that people have more of a focus on their own homes as they're not travelling as much, and they've obviously been spending more time in their garden and deciding now is the time to get it looking its best.

Greensleeves commitment to the environment continues, with two new electric cars at HQ. More meetings (and training) are being done online and they are now working with fleet suppliers to get the best deals on electric vans for their franchisees.

Craig had wanted to have 100 customers in Autumn - by the end of September he'd acquired his 100th customer which he (and Greensleeves) were thrilled with!

Craig has a high percentage of these customers paying by Direct Debit which gives him a regular monthly income and a higher than average customer spend. He joined during lockdown with all of his training done by Zoom, which actually worked out really well and was more convenient for everyone.

He’s really happy with how quick and efficient the whole process was; from his initial enquiry to his commencement, and knowing that the support is there whenever he needs it is priceless. He is already receiving positive feedback from his customers regarding the improvements he has made to their lawns; having come from a high-pressure corporate life he absolutely loves the new direction that his Greensleeves franchise has taken him in! 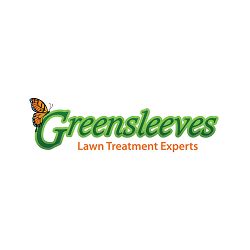 How landscaping businesses can flourish in 2021

Despite the negative consequences of the COVID-19 pandemic, and there have [...]

Despite the difficulties posed to businesses over the course of 2020, [...]

How customer service makes the difference

The past six months have been difficult for franchises up and down the [...]