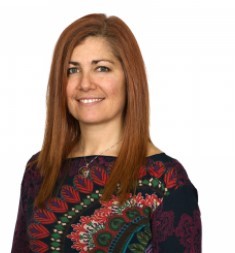 For seven years it was Laoise Rosswick doing the teaching.

For the past six, though, she’s found herself on the other side of the teacher’s desk, learning about HMO property investment as a fully-fledged Platinum Franchise Partner.

“I joined in 2014 having been a teacher for seven years,” reflects Laoise.

Laoise completed her first HMO in March 2015 at pace and had it fully tenanted within a year of joining Platinum, before house number two followed the following year.

After “bedding in” those properties, Laoise moved on to HMOs three and four and completed both in a whirlwind 15 months at the beginning of 2019.

SUPPORT ALONG EVERY STEP OF THE WAY

Throughout her six years as a Platinum Franchise Partner, Laoise has called upon all of Platinum’s in-house experts and followed the business model intently as she grew her HMO portfolio.

Indeed, joining the franchise has turned her into blossoming networker – something she admits was way out of her comfort zone.

“Every stage of the journey, I’ve had help,” she says.

“I’ve had support and have had amazing chats with people at the regional meetings we have. I always pick up useful tips because I’m always so busy running around talking to people at the events Platinum holds.

“It’s absolutely brilliant. I never saw myself as much of a networker and I used to shy away from that, but there is a natural network at Platinum and you just feel really part of it.

“People are really helpful and often they want your advice too, so being able to help others is fantastic.”

“I reaped all the benefits of the training and processes that come with doing this through Platinum and as well as it paying off financially, it’s also paid off mentally and physically.”

Christina & Andrew “We sold our family home to invest in [...]

Platinum Property Partners has released a blog explaining why it’s a [...]

Platinum Property Partners is running a 90-minute webinar to show how [...]

From science teacher to self-made and sustainable professional property [...]