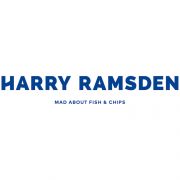 Harry Ramsden has been looking back on its long history serving one of the nations favourite takeaway treats.

Fish and chips franchise Harry Ramsden, one of the largest fish and chip franchises across the globe, celebrated its 90th anniversary in late December.

The well-loved British brand shared some interesting facts about the company to mark the occasion, including that the franchise is believed to hold the title of the worlds largest fish and chip restaurant with its enormous Bournemouth outlet that has space for more than 400 diners at a time.

Founder Harry Ramsden opened his first fish and chip outlet all the way back in 1928, after he was persuaded to continue the family tradition of working in the great British trade. It was little more than a hut, but within three years Ramsden was able to open his own restaurant in the town of Guiseley, Yorkshire.

During the bleak years of World War Two, the fish and chips brand grew massively in popularity, as the takeaway treat was one of a few luxuries that werent affected by rationing. In the following years, Ramsden aggressively and relentlessly marketed his brand to people across the country and Harry Ramsdens was one of the first businesses to sponsor a runner in a road race. The franchise shared a fact that shows just how committed Ramsden was to making his business a success, which is that the entrepreneur didnt take a single holiday for a whole decade between 1928 and 1938.

Now, the franchise has more than 35 locations across the UK and has expanded internationally to bring the taste of quality fish and chips to people across the globe. Its seeking new franchisees to bring the great British favourite to even more people around the world. 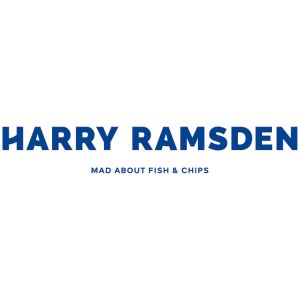 Harry Ramsden has teamed up with Mecca Bingo to offer its classic British fish and [...]

Harry Ramsden will be opening its first branch in Asia as it sets to open a Malaysian [...]

Harry Ramsden tries its luck at the bingo

Harry Ramsden has announced that its trialling a partnership with one of the UKs [...]