From employee to business owner: A franchisee’s journey. 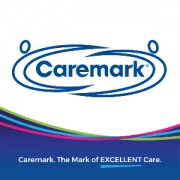 Caremark is a well-established in-home care franchise with a reputable track record of expertise and success in the sector, garnered from approaching twenty years in the industry.

“I would strongly recommend joining Caremark Limited to anyone who intends to have their own domiciliary care business, due to the immense level of support you will receive from the head office team.”

Julie Oommen, Managing Director of Caremark (Wakefield) shares her journey from an employed organisational role into running her own franchise in-home care business. 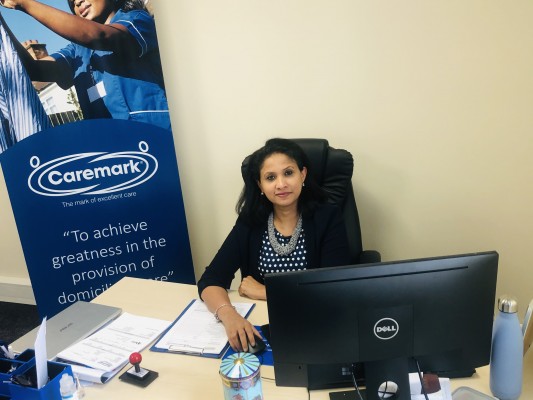 Here is Julie’s story, in her own words: “My introduction to Caremark was totally serendipitous. Prior to my discovery, I was content and engrossed in my job as a specialist practitioner in the NHS which was a role I had attained in spite of a series of challenges.

The idea of joining/starting a business was always in the back of my mind but I had always been apprehensive of the sheer time and effort that the start-up of a business would necessitate. I was aimlessly scrolling through Facebook one day when I stumbled upon an advertisement for Caremark. Acting instinctively, I made an enquiry about getting involved in the start-up business through the link that was provided. Almost Immediately, upon receiving the enquiry, former Recruitment Consultant Mak Abdelnur responded and we proceeded to have a chat about my sudden profound interest in the advertisement. He was incredibly accommodating throughout the conversation and made such astute, convincing points that they allowed me to even entertain the prospect of starting my own business in my mind.

We arranged a meeting with the head office and found that everyone there was very welcoming and supportive; following this meeting I had got the general essence of the domiciliary care business. I also had the opportunity to meet the CEO of Caremark Limited Kevin Lewis. Although he is ultimately a franchise owner and my buying the franchise would have been in his best interests, Kevin never pressured me to buy the franchise; rather, made me aware of the challenges I would face in the business, of some I had not even been aware of the existence of! I walked away feeling incredibly confident with my decision then decided to take the leap of faith.

The head office supported me in each step of my business journey, and I finally signed the contract to officially become a business owner. Succeeding this, I participated in a fortnight of intense franchisee training, this helped me fully understand my role and responsibility as a business owner.

Coming from an incredibly structured organisation that is the NHS, in which I was just a cog in a larger machine, to being my own boss and having to engage in various new tasks such as administrative work (which I would not have had to engage in as much depth in my previous job as a nurse) and completing the CQC registration was initially overwhelming for me but the support from our regional manager Paul Matthews and all the other franchises in my region made my journey more comfortable. I would strongly recommend joining Caremark Limited to anyone who intends to have their own domiciliary care business due to the immense level of support you will receive from the head office team.”

You will notice from Julie’s story that her background was formerly in the NHS, so it’s worth mentioning that you do not need any experience in the health care sector like Julie, it’s an office based white collar franchise where you sit at the top of a structured in-home care business, working to a proven business model.

Business acumen and the drive to succeed is key, as Caremark will take you through the entire process and support you all the way.

If you too would like to be your own boss, instead of “just a cog in a larger machine” like Julie, then  click here for more information and find out which territories are still available.

Caremark franchisees along with the rest of the sector are employing more [...]

The owners of franchised care at home business Caremark (Barnsley), [...]

Amber was a Virgin Airlines cabin crew member until she was furloughed due [...]

Care at home business, Caremark (Worcester & Malvern Hills) have been [...]

Kevin, who passed away on September 17th, was a Caremark Chief Executive [...]