Dunkin Donuts gets spicy for Halloween 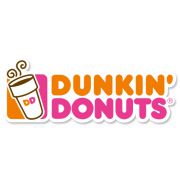 “Halloween looks a little different this year, and so do our donuts.”

These are the words of Dunkin’ Vice President for Marketing Strategy, Jill Nelson, after the food franchise unveiled their much-anticipated new Halloween donut on 15 October.

Going in a totally different direction, the new ‘Spicy Ghost Pepper Donut’ is a flaming hot pink donut, topped with strawberry icing that’s laced with sizzling cayenne and a ghost pepper spice blend. It’s the first donut of its kind, blending sweet with heat to give customers a kick.

The reason for the approach, Dunkin’ Donuts says, is that 2020 has been a tough year, and the spicy ingredients are known to trigger endorphins and dopamine for a feel-good state of mind. The donut is available in a select number of US stores until December.

The announcement of the spicy donut has set social media on fire, creating widespread excitement. There’s so much mania, in fact, that one Wall Street strategist has suggested now might be the right time to ride the momentum in Dunkin’s stock, which has already surged in the past three months.

“We think it could be a solid revenue producer regardless of the market environment,” says Noah Hamman, CEO of AdvisorShares. “For sure I will probably be one of the first to try the ghost pepper donut. I like things that kind of elevate a brand. If they’re doing that with great numbers, it’s an awesome opportunity from an investment perspective.”

In addition to the ghost pepper snack, Dunkin’ Donuts is also launching a DIY Donut Decorating kit for Halloween, available in large and small sizes. Fans of the brand will be able to assemble their own donuts using a range of colourful icings and sprinkle combo blends. The franchise is also bringing back its beloved Spider Donut – a classic ring topped with a chocolate glazed Munchkin painted with chocolate icing spider legs.

It’s not yet clear whether the flaming donuts will make it to the UK. If they don’t, fans can follow the social media campaign online, watching others brave the heat.

Dunkin’ Donuts has unveiled its latest franchise location as part of [...]

A new Dunkin’ location is set to open Campbelltown, Pennsylvania, [...]

Dunkin’ has announced that its delicious donuts will be available in [...]

Dunkin’ launches its autumn menu in the US

Donut franchise Dunkin’ has introduced its tempting seasonal menu in the [...]

Dunkin’ Donuts has teamed up with candle company Homesick to launch a [...]