Mark Everard, Brokerplan franchisee, has shown just how profitable the franchise can be by recording almost £14,000 of net income in a week.

The experienced finance broker heads up Michael’s Commercial Finance and is a partner of the finance franchise. After closing three lucrative bridging finance deals in just one week, Mark was able to record the astonishing figure.

The first loan was for an elderly couple who wanted to downsize and move closer to their children. The process was being delayed because they hadn’t yet sold their old home, so they sought a bridging loan to speed up the move.

By taking the new property as security for the new loan, and with Brokerplan’s help, the pair were able to secure a better rate and lower loan-to-value, with a view to repaying the loan as soon as their existing property was sold.

The second case was time-sensitive. A client had purchased a property at auction and needed to secure finance within three weeks, or they would lose it. By taking their portfolio as security, finance was arranged on time and the client was able to carry on with their plans.

Finally, Mark and the team were able to secure a bridging loan for a client’s buy-to-let project. They were seeking a ‘bridge-to-refurb’ loan, which would allow them to renovate the property before welcoming tenants in. It was secured and the client also had enough money to put down a deposit on their dream home.

While the incredible net income (£13,829.50 to be exact) was a fantastic achievement for Mark, it’s not the only bonus. Thanks to his hard work, he also has the satisfaction of knowing he has helped three people overcome frustrating obstacles standing between them and their goals.

Fancy becoming a Brokerplan franchisee? You can find out more about this opportunity on its client page above. 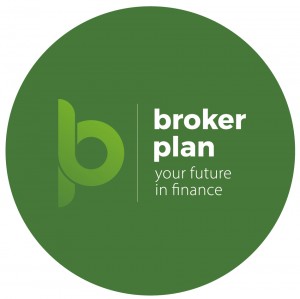 Brokerplan has shared some of its most exciting client case studies, [...]

Brokerplan will be one of the exhibitors sharing its experience on [...]

Brokerplan has had a stellar year – and its successes are set to continue [...]

Brokerplan has shared how one of its area partners helped a tricky client [...]

Brokerplan held its first ever conference, which included 50 network [...]