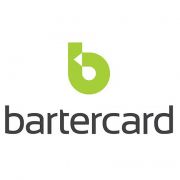 Bartercard UK Its simple, the more business you generate the more you earn!

Bartercard has announced a series of exciting partnerships with sports teams across the UK.

The business franchise revealed it has teamed up with the Bradford Bulls, one of northern Englands most successful Rugby League teams. Bartercard will become the sports teams first official Trade Exchange partner, allowing the Bulls to take advantage of its innovative B2B trading system.

"We are excited to be working with Bradford Bulls on so many different levels. We have invested our unique digital currency into the club, in exchange for a variety of different sponsorship rights, this currency can then be used to offset expenses Bradford Bulls would have usually spent cash on, helping to improve cash flow in the business. This is just one of many benefits Bartercard brings to SMEs. We are wanting to engage with companies in the local area who are looking for extra business and to be part of a network of preferred suppliers.

We are delighted Bartercard have come on board in partnership with the club and we look forward to working alongside them. Bartercard is an industry leader in Trade Exchange and we believe the partnership will benefit both parties and we are excited to see where this can take us. It is another positive step forward for the club and another sign of trust returning with the Board of Directors committed to continuing work in strengthening the club on and off the field.

Bartercard also announced it has become an official Trade Exchange partner of the Sales Red Devils, and has recruited Oldham Athletic to join its bartering network. Jamie Stoddart, Business Development Manager at Oldham Athletic, explained why the team have become part of the Bartercard network.

"There are many tried and tested ways of maximising commercial assets that clubs of all sizes have utilised over the years, but further down the ladder we have to be a bit more creative with how we go about our business. Working with Bartercard allows us to be just that, by enabling us to buy and sell goods and services without affecting cash flow. The partnership will also help us move idle inventory."

Bartercard also revealed it is now a proud sponsor of Fame MMA, one of the UKs largest MMA networks and one of the 2020 sponsors for the Yorkshire Choice Awards.

It seems that the franchise has been incredibly busy over the last few months, and has now recruited more than 55,000 merchants across the globe to use its innovative bartering network. More than £425 million worth of goods and services is traded on the Bartercard network every year. 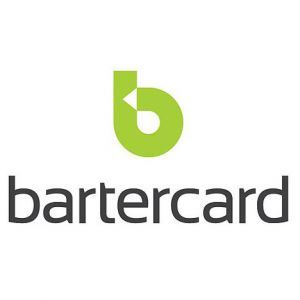 Bartercard opens its doors in Scotland

Bartercard has welcomed new franchisees into its network, who will run a branch of [...]

Bartercard has offered its unique trade dollars to help keep small businesses across [...]

Bartercard has launched a brand-new educational platform for its employees and franchisees. The [...]

A Bartercard franchisee shares his experience of becoming a franchisee, as well as [...]