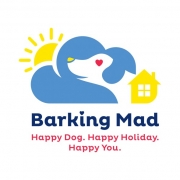 Owners John and Elaine Warburton regularly host events to raise money for charity and bring together their network of hosts to thank them for their work. This year, their upcoming quarterly Canine Capers and Cakes event was held at Leven beach and the couple invited local dog lovers to come along and raise money for charity.

Those who wanted to remember beloved family pets were able to do so at a specially designated remembrance tree, where they could leave messages and photographs. The Warburtons also hosted a collection for charity Dogs for Good, which pairs support dogs with disabled children and adults to help improve their lives.

John explained how the memorials left will be preserved.

All of the messages left in memory of dogs will also be incorporated into a special willow tree memorial, which well be planting in our garden. So, it will be a lasting memorial to the dogs people have loved and lost.

He also added that the event was a success, noting that the dogs seemed to enjoy the freedom of the beach.

The dogs have a blast running along the beach, while the customers and hosts get a chance to meet up and have a chat.

Barking Mad was found by Lee Dancy in 2000, after she discovered a serious lack of alternatives to traditional dog kennels. By pairing dogs with suitable hosts, theyre able to have a holiday of their own with a loving and attentive minder while their owners enjoy themselves too. The pet franchise has won numerous awards including the HBSC and BFA Franchisor of the Year in 2013, BFA Franchisee of the Year 2014 and is regularly shortlisted for its growth, innovation and leadership. 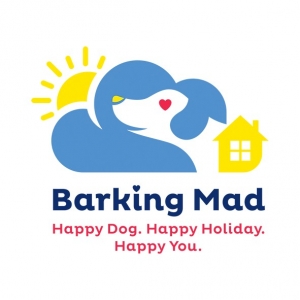 Barking Mad is bringing its unique dog sitting and boarding service to the town of [...]

Barking Mad has established its first territory in Ireland, signalling the start [...]

Barking Mad is getting involved in annual Dog Remembrance Month to raise awareness [...]

Barking Mad has launched a new service that lends dogs to those who spend long periods [...]