Poundland is one of the UK’s biggest discount store chains, selling everything from shampoo to weed killer for just £1. Let’s take a look at the man who fills the role of Poundland director, and how he came to be involved in the business.

Poundland first opened in 1990 and, in its prime, it was serving seven million shoppers a week. The store sells a vast range of items – in fact, customers can browse more than 3,000 different products, from gardening equipment to beauty products, crafting materials and party accessories. Poundland also offers some helpful services, including international mobile top-ups, SIM cards and e-gift cards. 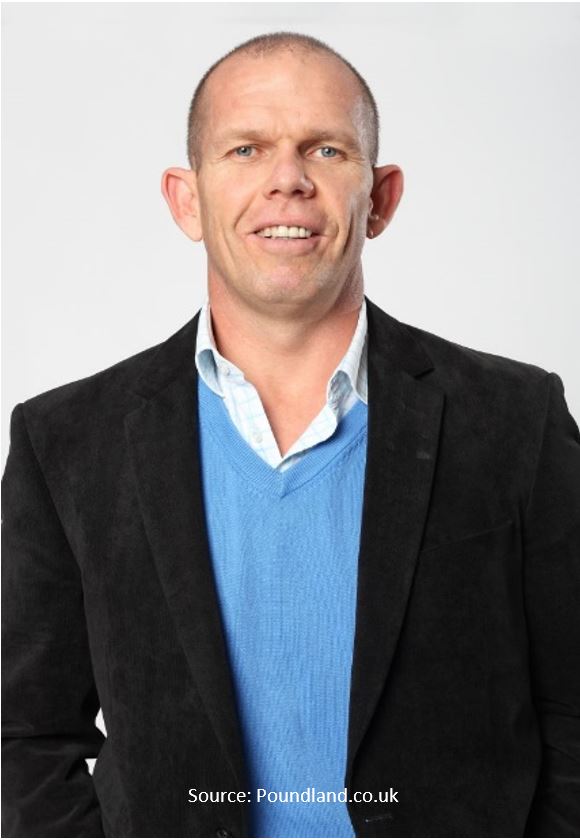 Who is the Poundland director?

As Chief Operating Officer at Pepkor Europe, Poundland’s parent company, Sean Cardinaal sits at the top of the Poundland leadership team. He joined the Pepkor Group in 2001 as General Manager of Pepkor Clothing. A year later, he became Merchandise Director of Pep Stores.

It all started in 1990 with the launch of Poundland’s pilot store in Burton-Upon-Trent. A year later, the business opened a head office in Wolverhampton, and another in Hong Kong, to provide support with product sourcing. In 2002, the brand was sold to Advent International and Colin Smith was appointed as Chairman.

Poundland opened the doors to its 100th location in 2003, proving just how much the British public loved the brand. In 2006, Jim McCarthy became its CEO and, two years later, the business was able to launch its 200th store. The same year, Poundland formed a partnership with Macmillan Cancer Support.

The brand first went overseas in 2009, when it expanded into Northern Ireland. Then, in 2011, Poundland won Discount Retailer of The Year at the Retail Industry Awards. More and more Poundland sites popped up across the UK and, in 2013, Jane Asher, the brand’s first celebrity partner, opened the 500th store in Birmingham. In 2015, Poundland’s turnover exceeded £1 billion for the first time.

The following year, Steinhoff Europe AG, an international retail holding company based in South Africa, acquired Poundland for £610 million. As a result, its shares were delisted from the London Stock Exchange. Steinhoff has plenty of expertise when it comes to manufacturing and sourcing low-cost household goods and furniture – which is great news for customers with an eye for a bargain.

Since its launch in 1990, Poundland has established more than 800 stores across the UK, as well as 60 in Ireland.

Unfortunately, Poundland isn’t looking to expand through the franchise model. There has been talk of doing so in the past, but this never became a reality, as Poundland was able to achieve rapid growth in a short time period. However, there are other convenience store franchise opportunities to get involved in…

With a history that goes all the way back to 1932, SPAR is a convenience store “run by locals, for locals”. Entrepreneurs who choose to open their own SPAR branch will draw customers in as a result of the brand’s positive reputation.

You’ll join a huge network of SPAR retailers, totalling over 12,000 stores in over 34 countries. This makes it the largest food store chain on the planet. In the UK alone, 50,000 attentive staff members serve the public daily, helping to generate a revenue of over £3 billion.

SPAR are great! I should have switched earlier. On reflection I had taken my eye off the ball and this change has got me buzzing again and my sales are up. The promotional three weekly cycle works well so that I can always be offering great value deals. – Martin & Sue Turner, SPAR Chatburn

CeX is an interesting alternative to a Poundland franchise. It retails second-hand consumer electronics and entertainment technology and has quickly become the go-to retailer for any customer with an interest in gaming or hard-to-find electronic equipment.

Launched in London in 1992, CeX now boasts a huge customer base in the UK and across the globe. The brand currently operates more than 600 stores in total, many of which are run by franchise partners. It relies heavily on the franchise model in the UK, as 267 of the 385 UK stores are run by franchisees.

If you’re interested in franchising, you might want to take a look at Card Group, which takes advantage of the huge market for greeting cards. In the UK, this sector is worth over £2 billion. This franchise was born in 1997, under the strapline, “We are different”. Today, it sells cards, gift packaging and party decorations from a range of different types of stores across the world, including supermarkets, convenience stores, bookstores and toy stores.

To find out about the other investment opportunities open to you, take a look at our retail franchise catalogue.

Article published on 25/01/2021 16:00
DEVELOPING YOUR OWN BUSINESS IN FRANCHISING
Did you enjoy this article? Please rate this article
Average rating 3.1/5 based on 4 votes
These franchises may interest you