What you should know about starting a business in London 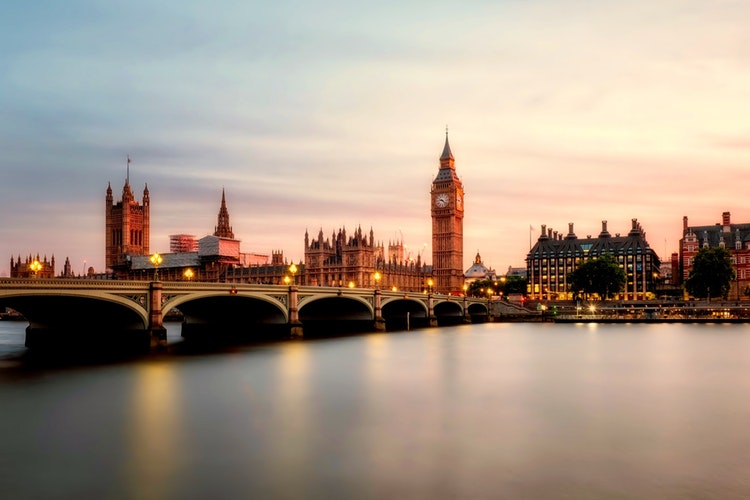 London is a fantastic place to launch a business. As England’s capital city, it is recognised as a global financial centre, along with New York, and has the biggest technology ecosystem in Europe, worth around £35 billion. It is also the only city in the world to boast four universities that have been listed in The Times’ top 40 Higher Education World Ranking.

This means that the city benefits from a healthy population of skilled graduates – and attracts more from outside its borders. London is particularly popular among professionals in the finance and legal sectors, as it is home to more than 500 financial, banking and insurance businesses. These include Lloyds, BT, Aviva and the AIM stock market.

More advantages to starting a business in London

Companies with international partners often base themselves in London, as UK time zones mean that office hours overlap with the countries that generate 99 percent of global GDP (London & Partners). Therefore, it is easy to get in touch with contacts who are based abroad.

Smaller businesses thrive too. According to Startups.com, over 80 percent of London’s companies are officially classed as micro-businesses, comprising up to nine employees. These types of entities, which don’t always have dedicated business premises, can benefit from London’s many flexible workspace providers, such as Regus, Workspace Group and i2Office.

Many employers also choose to base their business in London because of its comparatively low corporation tax rate. This currently sits at 19 percent, making it the lowest of all G20 members. What’s more, it will be reduced in 2020 to 17 percent, saving employers money over time.

In terms of transport, London makes it easy for commuters to get to and from work. A vast underground and overground train network and regular buses all facilitate the quick movement of workers across the city. Since the turn of the century, 50 percent of London spaces have been redeveloped to better accommodate the 300,000 professionals and tourists that travel into London every day (City of London Corporation researchers). This means you can hire employees who live both in London itself and its outskirts, giving you access to a wider pool of candidates.

Setting up a business in London

There are so many factors to consider when you set up any kind of business that it can be easy to forget certain things. Here are just a few of our pointers for setting up a business in London.

London is a diverse city that attracts people from all over the globe. It is likely that you will find candidates from a huge range of different backgrounds, so you’ll need to put suitable measures in place during the recruitment process. You should make sure candidates have the appropriate visa and the right to work in the UK. You may need to obtain a sponsor licence in order to hire an employee from outside of the UK or European Union.

Salaries and property prices in London are much higher than in the rest of the UK. Therefore, you should make sure that your business has the capability to generate an income that can support them. If you’re rejected by all the banks and lenders that you approach, consider applying for a loan from Fredericks London, which works in partnership with the City of London Corporation. If you’re approved, you can take out a maximum loan of £10,000 to put towards your start-up.

One of the most important decisions you’ll make in the set-up process is your business premises – unless you’re working from home or in flexible workspaces, of course. You should make sure that the area where you choose to base your business is well-suited to it and is home to the type of clients or customers you’re looking for. Research areas of interest and find out whether they match your budget, demographic and transport link requirements.

You could even hire a professional office designer or project manager to create a space where workers can feel motivated, productive and inspired. If you’ve already set up your business in another city or country, you should think about whether you’d prefer to use the same office model as your existing premises or create a dedicated ‘London office’.

Bear in mind that you want to attract the right type of workers, and their decision to join your workforce will be influenced by the office you design. As a general rule, try to create an office that is light and airy and has space to breathe. It shouldn’t be overcrowded with desks or have a dull colour palette dominated by beige or grey tones.

Also, try to make sure that you have ample space for new desks and employees when you move into the property so that you can grow over time. Don’t just assume that you’ll be able to find additional office space in the same building when you need it. You may end up having to move to a significantly bigger premises when the time comes.

To help employers discern the best London locations for their business, London & Partners has put together a list of property prices in different areas. Employers that want to rent a serviced office in the City of London itself should be prepared to pay between £500 and £1,200 per month. In inner North London, you’ll pay £650-£1,000 and in inner East London, the costs total £500-£900. In inner South London, you might put £500-£1,100 towards rent.

The inner west area of London is the most expensive place to rent business premises, however, as a serviced office costs between £550 and £1,500 per month. The priciest areas are the West End, Mayfair, Soho, Covent Garden and Piccadilly.

In the outskirts of London, the outer east and north-east regions – such as Stratford, Greenwich and Canary Wharf – are home to serviced offices priced at £400-£800 per month. However, the best deals can be found in the outer north-west, west and south. These areas comprise districts such as Chiswick, Heathrow, Ealing and Croydon, where serviced offices can be rented from just £350 per month. At the other end of the spectrum, the more expensive offices here are only priced at around £600 on average.

City Spotlight: A Quick Guide to Franchising in Aberdeen

Starting a business in Scotland? Venturing away from Edinburgh or [...]

City Spotlight: A Quick Guide to Franchising in Leeds

Looking for the perfect location for your new franchise business? Leeds [...]

City Spotlight: A Quick Guide to Franchising in Belfast

Thinking of setting up a business in Northern Ireland? Why not make the [...]

Be part of The Christmas Decorators – the UK’s favourite seasonal decorating company. Chosen by [...]

WHO ARE WE? Designing and installing driveways, paths and patios since 1977Daniel Moquet Driveway [...]

SportsCool is a unique coaching opportunity that gives you the ability to do something you love and [...]