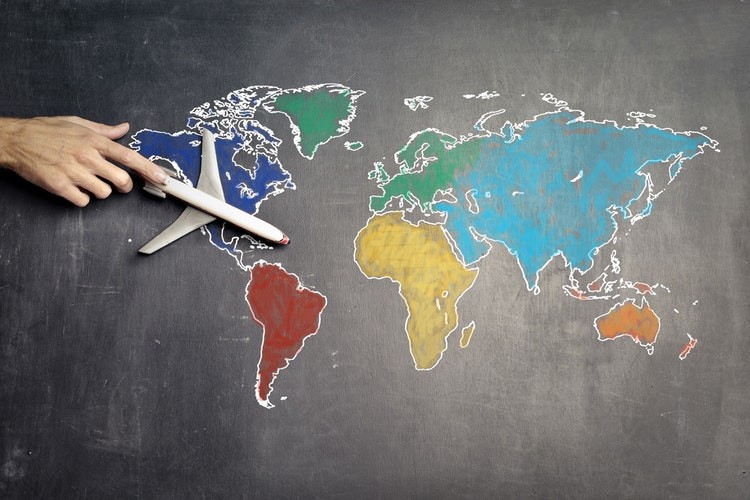 Are you thinking of starting a business in another country or expanding your franchise into foreign territories? Becoming an entrepreneur abroad is a big step, and you’ll need to thoroughly research your target market before starting the set-up process. Here’s our guide to franchising around the world.

The franchise model has seen huge success around the world, particularly in the US. It has enabled brands to become household names in countries thousands of miles away from where they were originally founded. But the system has been used differently across the world and implemented with varying degrees of effectiveness.

We’re highlighting some of the best regions to set up a business internationally; keep reading to find out more about franchising in different countries.

In France, the French Franchise Federation (FFF) governs the industry, and has been monitoring progress since 1971. According to the organisation, there are 2,049 brands in operation, with a total of over 78,200 franchisees in France. Together, these businesses generate £60 billion for the French economy.

Despite France’s popularity among foreign investors, just eight percent of its franchise brands originate from another country (FFF). The US has the biggest share of France’s international businesses, with more than 1,400 McDonald’s units alone. Century 21 is also popular in the country; it's France’s second most common American franchise brand.

As in many markets across the world, food is one of France’s biggest sectors for franchising, along with fashion, automotive services and property. Household goods, hairdressing and beauty are also lucrative areas.

Tax competition, flexibility and cost of labour in France remain some of the main obstacles to American investment. Social conflicts, as well as the cost of living in Paris, are also taken into account. However, the other French regions offer substantial assets that can attract foreign investors and are widely untapped. – Stéphanie Barreau, President of 3M France and AmCham France, and Marc-André Kamel, Director and Associate at Bain & Company and AmCham France VP

Germany is the third most popular country for foreign investment in Europe, after France and the UK (EY, 2019). There are around 950 franchise brands with a presence in Germany, with a combined total of roughly 120,000 franchisees and 700,000 employees (German Trade & Invest).

Across the country, the most profitable areas for franchise businesses include the north, around Hamburg, the south and south-west regions, and Berlin. The biggest industries in the franchising sector include food, trade and professional and personal services. There has also been noticeable growth in sectors including fitness, senior care, coaching and travel.

Besides Bodystreet and Mrs. Sporty in the boutique fitness sector, there are Cleverfit, Injoy, and Easy Fitness in the budget sector. In addition, there are new players from the USA who have only recently entered the German market, such as OrangeTheory or Anytime Fitness. The fitness franchise market in Germany is extremely healthy. - Matthias H. Lehner, franchisor and Vice Chair of the German Franchise Association

No report on franchising around the world would be complete without a mention of the US. It has more than 773,000 franchise businesses enjoying a total revenue of £570 billion and employing over eight million workers (Statista).

The US’s largest franchise sector is quick service restaurants, which make up more than £187 billion of the industry’s £570 billion total output. We’ve all heard of McDonald’s, Subway and Dunkin’ Donuts, and they’re just three of America’s highest grossing franchises. Other profitable franchise sectors include real estate and professional and personal services.

So, which US states hold the most potential for franchisees and franchisors? Personal finance business WalletHub suggests Texas tops the list, followed by Utah, Georgia, North Dakota and Oklahoma.

According to WalletHub, Massachusetts is also a great place to start a business, as it has the highest proportion of college-educated residents in the US, at 42.1 percent. Meanwhile, Iowa has the most affordable annual rental costs, averaging just £9.05 per square foot - less than half of what you’d pay in New York.

The franchise industry in the US is governed by the American Association of Franchisees and Dealers (AAFD), which provides more information for prospective investors.

Despite its distance from the UK, Australia shares many similarities with us when it comes to franchising. The model has really taken off there, and is currently used across 1,344 brands and over 98,000 individual business units. Overall, the franchise sector produces over £100 billion (Franchise Council of Australia).

The country’s biggest franchises are a mix of familiar and unfamiliar names here in the UK. The list includes McDonald’s, Subway and 7-Eleven, as well as automotive group AP Eagers and consumer goods retailer Harvey Norman. According to IBISWorld, Australia’s franchise industry thrives in the automotive, retail, hospitality and personal services sectors.

Franchising around the world

Franchising organisations across the globe propose various countries as leaders in the franchise model, but several regions repeatedly crop up. As a general rule, European frontrunners are France, Germany, Spain, Poland, Ireland and the UK. Further afield, the US, Canada, Argentina, Thailand and New Zealand also hold lots of potential for investors.

In Europe, franchise associations have released figures on the number of brands thriving in regions we haven’t yet mentioned:

If you’re interested in learning more about franchising around the world, you can use the following resources to access additional information:

Running your own business in the franchise sector

Franchising in different countries can be a fantastic way for franchisors to increase their brand coverage, customer awareness and income. Learn more about expanding internationally as a franchise business or browse our most recent articles to discover other interesting topics.

Top 5 Finance Franchises in the UK

Always been good with numbers? Perhaps running a finance franchise [...]