Q&A: Does Waffle House Franchise in the UK? 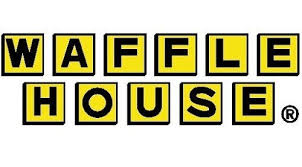 If you’ve got a sweet tooth and a longing to operate in the restaurant industry, you might be interested to know whether Waffle House franchises in the UK. In this article you can find out all you need to know.

Waffle House is one of America’s leading waffle restaurants. While there are no Waffle Houses north of Ohio, the chain has become an ‘icon of the South’, operating more than 1,700 units across 25 states from Arizona to Pennsylvania. Despite being called ‘Waffle House’, the brand sells a range of different foods, split into breakfast and lunch/dinner menus. Early-morning customers can choose between omelettes, hash browns, steak and eggs, sandwiches and, of course, waffles.

No customer is ever turned away, because the doors of every single Waffle House branch are open 24 hours a day, 365 days a year. Customer satisfaction is at the heart of Waffle House’s business model, the success of which – according to its website – is measured by its people. Regular customers are greeted by name like old friends and the restaurants act as a social hub where waffle-lovers engage in conversation. The sociable nature of the brand even extends to the kitchen staff, who prepare the orders in the open kitchen in front of customers. Before we find out if you can start a Waffle House franchise in the UK, let’s learn more about the history of the brand.

Waffle House was established in 1955 and has over 60 years of waffle-making expertise. The national brand was launched by two neighbours in Atlanta, Georgia. They were Joe Rogers and Tom Forkner. When they met, Rogers was employed by a 24/7 national restaurant chain, Toddle House, and Forkner worked in real estate.

In the mid-1950s, the neighbours decided to go into business together, opening a new restaurant in Avondale Estates, a suburb of Atlanta. This was founded on good customer service and maintaining high customer satisfaction levels. In addition to this, every dish was freshly prepared and served on real china.

Two years later in 1957, the pair were able to open a second Waffle House, and by 1961, there were four branches of the restaurant. In the years that followed, the brand continued to expand across Georgia and nearby states to become one of America’s most-loved restaurant chains. Today, Waffle House serves 145 waffles every minute, as well as 127 cups of coffee and 341 strips of bacon.

Does Waffle House franchise in the UK?

No. While Waffle House states that there are more than 1,500 company and franchisee-owned restaurants, it is not currently advertising franchising vacancies in the UK.

How to get involved with Waffle House

However, there are other ways to reap rewards from association with the brand. Becoming a Waffle House associate enables you to own stock in Waffle House, Inc. This opportunity is only open to affiliates, rather than members of the public. This could be a lucrative business move, as Waffle House shares have grown in value every year for the past 57 years.

The waffle restaurant market in the UK

Waffles have been around for hundreds of years. Many countries claim ownership of the waffle, however you can link the origins of this versatile snack to France or Ancient China. The term ‘waffle’ can be derived from the Dutch word for ‘wafer’. Waffles are thought to have been eaten in the US as early as the 17th century.

The influence of the waffle is wide-reaching, and it is often reported that the ice cream cone wouldn’t have come about without the waffle. The story goes that in 1904, an ice cream vendor in Missouri ran out of cups and the nearby waffle seller offered him folded waffles to replace them, creating the first ever ice cream cone.

Research also suggests that American-themed diners, as well as smokehouses and burger bars, are set to overtake Mexican outlets as one of the biggest growth areas in the UK’s eating out scene (Horizon).

While it isn’t currently possible to start a Waffle House franchise in the UK, we do have another very similar opportunity on the Point Franchise books. Let’s find out more about it below.

The business was launched in 1999 and the waffle mix it uses can trace its origins back 50 years to the founder’s secret family recipe. Since 2000, Wafflemeister has focused on bringing its famous Belgian waffles to customers around the world, with a particular emphasis on European and UK markets.

While you aren’t currently able to start a Waffle House franchise in the UK, there are lots of other great opportunities to choose from. We’ve provided a rundown of one of these, but you can also check out our waffle franchises page to see the latest franchises to be added, as well as similar dessert business opportunities.

Q&A: Does Sports Xtra Franchise in the UK?

Q&A: Does Optic-Kleer Franchise in the UK?

Interested in starting a car repair business? Franchising could help you [...]

Article published on 16/04/2021 20:05
INTERNATIONAL FRANCHISES
Did you enjoy this article? Please rate this article
Average rating 4.3/5 based on 2 votes
These franchises may interest you