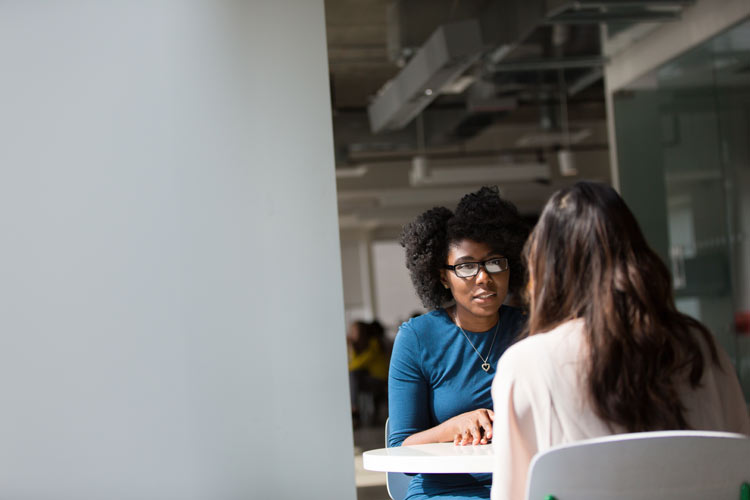 Franchises are complicated business models, and tensions can arise if youre not careful. In this article, we look at five of the most common causes of franchise conflicts and how they can be avoided.

A perfectly harmonious relationship between franchisor and franchisee is not only impossible, but undesirable. Conflict can be incredibly useful and lead positive change, but regular, ongoing disputes can be detrimental to a franchise business.

A positive franchisor-franchisee relationship is vitally important to a franchise business (read more about this here). The two parties must be able to collaborate well, communicate effectively and trust each other in order to unlock the business full potential. If regular or significant disputes cause the relationship to suffer, its possible that the franchise will too.

Common conflicts and how to avoid them

We all know that prevention is better than a cure, so here are five of the most common franchise conflicts and how you can avoid them in the first place.

Conflict: Although this might not be the first factor that comes to mind when you think about franchise conflicts, many issues are caused by third parties working between the franchisor and franchisee.

For example, some franchises use third-party organisations to find suitable candidates to be franchisees. When this happens, mistakes can be made, information can be misrepresented and the truth can be stretched. This can happen because the third party often has a vested interest in securing the potential franchisee. So, theyll do whatever it takes to make sure the candidate contacts the franchisor  even if it means selling the business in a less than ethical manner.

a. If the franchisor is vague or doesnt provide important information regularly, they could end up misleading prospective or existing franchisees. This will inevitably lead to frustration and distrust further down the line, when investors find their expectations are not going to be met.

b. If the franchisor doesnt communicate at all, franchisees will quickly begin to feel powerless, overlooked and angry. Investors will want to be a part of decision-making processes  or at least be consulted before significant steps are taken. Before too long, the franchisor will be faced with resentful franchisees who are keen to sell their franchise unit and invest their money elsewhere.

How to avoid it: As you can see, regular, transparent communication is crucial for a healthy franchisor-franchisee relationship and, therefore, a successful franchise business. Conflict caused by a lack of communication can be avoided by taking measures to share accurate information regularly. Franchisors should make sure theres a way for franchisees to be involved in decision-making processes, receive advice and raise any issues they come across.

Conflict: Sometimes franchisors exaggerate the potential of their franchise model in order to entice franchisees to invest in it. They may use performance scenarios based on unreasonably high profit margins or cherry-pick franchisees who have performed exceptionally well to use as case studies.

This is not only unethical, but dangerous too. If the franchisee doesnt take home as much as they were told they would be able to, they may be unable to pay their bills or support their families.

How to avoid it: It goes without saying that franchisors should use realistic estimates and not over-sell potential franchisee earnings. On the other hand, franchisees should also take financial projections with a pinch of salt. Its their responsibility to conduct research into the claims and talk to existing franchisees to corroborate them. If both parties aim to take these steps, they can minimise the risk of the franchisee becoming quickly dissatisfied with their financial performance.

Conflict: Many franchises attract franchisees on the basis that theyll allow them to be their own boss, cut down their hours and improve their work-life balance. But they dont always explain that these fantastic benefits can arrive months or even years after a franchise agreement has been signed.

In most cases, the franchisee will have to wait until the franchise is well established and there are fewer problems to deal with before they can start clocking off earlier. Contrary to what many people expect, the first few years of franchise ownership can be challenging and stressful. Great work-life balances are often the reward for putting in the long hours at the start of the franchising process.

As a result, franchisees often become disillusioned and dissatisfied when they realise the excellent work-life balance they were promised is not a possibility in the near future.

How to avoid it: Franchisors need to be honest with their franchisees. Rather than selling the franchise by painting an unrealistic picture, franchisors need to be upfront when it comes to telling candidates how much hard work will be required. Being trustworthy and reliable will pay off in the long run, as franchisees will have higher satisfaction levels and be more cooperative.

Likewise, franchisees should be wary of franchisors that describe the initial stages of the franchise contract term as though they are a walk in the park. If you are deciding which franchise to invest in, take the time to talk to existing franchisees and find out just how much work they had to put in when they first joined the business.

Of course, its worth pointing out that part-time franchise opportunities are a little different. Theyll offer a much more flexible timetable with more chances to step away from the business during the working week. However, youll still need to work harder initially to set it on the right path.

5. Failure to perform due diligence

Conflict: Due diligence is essential to all successful business ventures. If a franchisee doesnt do their research, theyre more likely to enter a franchise contract that wont meet their expectations later on. They may be frustrated by the business slow growth or entirely unprepared for the franchise experience. They may even open themselves up to financial disaster.

Its equally important for the franchisor to carry out due diligence. If they overlook this, they may end up working with under-performing investors, attempting to franchise a business that isn't well-suited to the franchise model or providing insufficient support to their franchisees.

How to avoid it: The conflict resolution here is simple; perform thorough due diligence. Also, take the time to check that any relationship with a franchisor or franchisee is financially viable. This means considering your new partners business history and making sure that theres nothing dubious about their employment history.

By completing this step, youre also likely to avoid the pitfalls of conflicts 3 and 4: unrealistic financial projections and work-life balance claims. This is, perhaps, the most important stage in the franchise development process; arming yourself with as much knowledge as you can will allow you to go into a franchise agreement with your eyes open. In doing so, youll minimise the chance that youll end up with an inefficient franchise relationship and underperforming franchise.

As you can see, most issues arise when communication falls away or expectations are too high. This can be avoided with simple steps and, even though many might not appear to benefit the franchisor, having satisfied, enthusiastic and trusting franchisees is a positive in the long run.

As Professor Lorelle Frazer of the Asia- Pacific Centre for Franchising Excellence says:

The most effective ways to minimise franchise conflict is open and timely sharing of information and the clarification of the expectations of both parties before the franchise agreement is entered into.

If youre interested in the franchisor-franchisee relationship, find more resources below:

Reopening the Economy: 20 Important Questions to Ask Yourself Now

As the UK slowly starts to recover from the effects of the COVID-19 pandemic, [...]

18 Tips for Preparing Your Business for the Holiday Season Ahead

Its never too early to start preparing for the holiday season. Here are 18 fantastic [...]

Need some clarification on how your business will be impacted by the COVID-19 [...]

Article published on 24/09/2020 16:00
FOCUS ON BUSINESS SECTORS
Did you enjoy this article? Please rate this article
Average rating 4.5/5 based on 1 vote(s)
These franchises may interest you

Established in 1998, operating in hundreds of venues teaching over 20,000 people to swim a week, multi, international [...]

From marketing services including SEO, PPC, Website, Social and online training, you have the full solution [...]

Welcome To Probably The Best Ever Locksmith Franchise

Lockforce is a young company that prides itself as being part of a much larger umbrella organisation - The Forces [...]