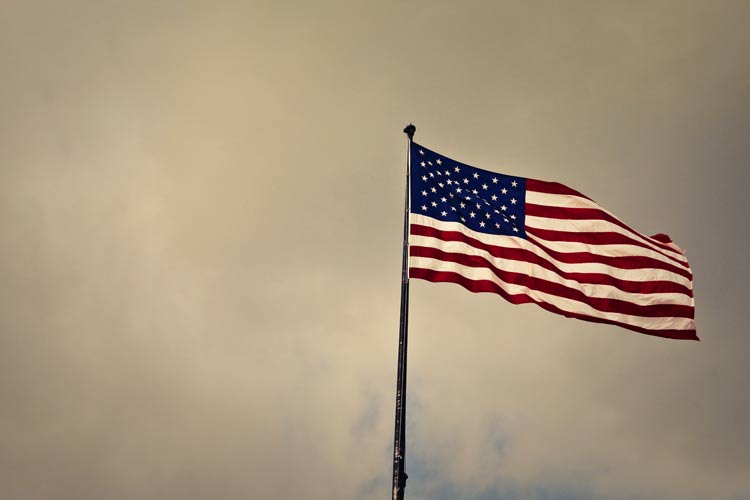 In the UK we’re surrounded by famous franchises that were founded in America. Dominating the fast food sector, in particular, global brands such as McDonald’s, Subway, Papa John’s, KFC and Starbucks, sit on high streets up and down the country. And it’s not just the famous franchises that are making their way across the Atlantic to build their brand over here. But why is the UK such a popular destination for franchisors from the USA?

Why are there so many American franchises in the UK?

There are many reasons why Britain is an excellent location for franchisors to start their journey into global expansion. For a start, we speak the same language. This isn't attractive from just a practical perspective, but due to the similarities in culture, it's more likely that American brands will perform well here.

Secondly, franchising in the UK isn’t officially regulated so there are fewer barriers for franchisors to overcome when they’re establishing themselves.

Lastly, and perhaps the most compelling reason, is that franchising is growing in the UK and shows no signs of slowing down.

According to the British Franchise Association / NatWest Franchise Survey 2018, franchising employs over 710,000 people here in the UK. This is a growth of 14 percent over the three previous years. The 48,600 franchise units collectively contribute more than £17 billion the UK economy.

Three of the biggest American franchises that operate in the UK are fast food giants McDonald’s, Burger King, and KFC.

McDonald’s is one of the most iconic and well-known brands across the globe. Its established business model has ensured that it sees year-on-year growth. There are currently around 37,000 restaurants providing its forever diversifying product offerings to 70 million people every day. The UK and Ireland’s 1,300 restaurants serve 3.6 million of them. McDonald’s is currently looking to expand its UK franchise network even further. To find out more check out its website.

Another huge fast food brand is Burger King. It serves 11 million guests looking for quick, tasty food at a reasonable price every day around the world. Founded in the mid-1950s, it is the second biggest fast food burger chain after McDonald’s.

Another globally recognised brand is KFC, but it focuses on selling finger lickin’ chicken rather than hamburgers. KFC is a perfect example of a franchising success story; 95 percent of the UK restaurants are owned and operated by franchisees. Unfortunately, KFC is not currently looking for franchisees in the UK. However, watch this space and keep an eye on its website and social media in case circumstances change.

This American franchise has been rooted in the UK for many years. The sandwich brand launched in Connecticut, USA in 1965, and since has transformed into a multi-billion-pound franchise. SUBWAY is always expanding and switching up its menu to cater to different dietary requirements and keep things fresh. For instance, it recently introduced a Vegan Signature Loaded Warp and gluten free bread. Whilst for meat lovers, there is the new Maple Cured Bacon and Thai Chicken on offer.

A minimum investment of £100,000 and a total investment of £200,000 is needed to become a SUBWAY franchisee. Click here for more information on the support you can expect and to make an application.

This ice cream franchise launched in 1945 in California. The bold brand has a mouth-watering selection of ice creams on offer from cotton candy to lemon custard. Baskin Robbins franchisees can look forward to operating in a £1 billion market where almost 90 percent of food consumers eat the frozen treat.

To invest in Baskin Robbins, interested candidates will need to have access to the total investment cost of £500,000.

The donut brand was born in Massachusetts in 1950. Ever since, it has taken America by storm, with customers not being able to resist the combination of a delicious donut and aromatic coffee. Dunkin’ dominated the global market too, and it now has over 11,000 restaurants in 33 countries. Every day five million people satisfy their sweet tooth the Dunkin’ way. Watch this space for its new pumpkin flavoured products arriving for Halloween.

American franchises in the UK

But before you become a franchisee with an American franchise there are some things you should consider:

1. Be prepared to prove your worth

Unlike the UK, franchising in the US is heavily regulated. The popularity and growth of franchising mid-way through the last century led to the California Franchise Investment Law being passed. This law meant that before franchisors could grant franchises, they had to register their business within their state and produce a pre-sale disclosure document.

The aim of the law was to protect prospective franchisees from unethical franchisors using unreasonable practices. Many other states introduced similar laws following California’s lead. The Federal Trade Commission (FTC) also introduced the FTC Franchise Rule in 1979. The regulations that this applied to franchising in the US (which have now been updated) had a significant impact on the industry. Now, unfair practices carried out by franchisors can result in a damaged reputation, hefty fines, and civil proceedings.

For this reason, American franchisors view the adherence to franchise regulations as serious business. The UK may not have any regulations for you to follow but you can be sure that American franchisors will have a very robust due diligence process in place when it comes to finding suitable franchisees to join their network. Be prepared to earn your right to become a franchisee.

2. There’s more paperwork in the form of the Franchise Disclosure Document (FDD)

When you’re looking to invest in a franchise the number of documents to review and paperwork to complete may seem daunting but, on the whole, they’re there for your benefit. An example of one such document that provides you with more information about the opportunity before you sign the franchise agreement is the Franchise Disclosure Document.

This is a pre-sale document which tells you all you need to know about the franchise network and the franchisor. Although some UK franchisors have adopted this practice, they have no obligation to produce an FDD. This means that when UK franchisors recruit franchisees, they can share as much or as little information as they deem necessary to ‘sell’ the opportunity.

If you’re looking to become a franchisee with an American company, you can expect to receive an FDD. It's recommended that you review this alongside an experienced franchise solicitor before proceeding to the next stage of the recruitment process. It may seem like just another hurdle to jump over, but it's in your best interests to make an informed decision about the franchise you're investing in.

3. The franchise agreement is likely to be long and complex.

Many famous franchises tend to demand that an American-style franchise agreement is used but if you’re looking to invest in a less established franchise from the US, then they may be willing to use an agreement more in keeping with the UK.

However long, or whatever style, your franchise agreement is, you should always have the contract reviewed by a UK based franchise solicitor. This is because there may be some clauses in the agreement that wouldn’t be able to be enforced in this country. Your solicitor will be best placed to advice you on which elements of the agreement should be amended from a legal and practical perspective.

4. You'll need to research whether the franchise culture is a good fit for the UK.

Although there are lots of similarities in the culture between the UK and the US, there are differences too. Before you invest in an American franchise, it would be wise to research whether the brand will resonate with a UK audience.

For example, in the fast food sector, the brand and service that you receive at a McDonald's restaurant will be the same whether you buy a Big Mac in Liverpool or Los Angeles. However, to appeal to the tastes and preferences of different countries, the menu is tweaked slightly depending on the restaurants’ location. So, customers can order a Filet-o-Shrimp burger in Japan or a McCurry Pan in India.

The same principle applies to any American franchise that you're looking to buy into. Make sure that you perform your due diligence to understand if the franchise culture and systems will be thriving in the UK. Providing you do your homework, you could soon be living the American dream.

In the UK we’re surrounded by famous franchises that were founded in [...]

Why Scotland Is a Great Place to Start a Hotel Franchise

With its 6,200-mile coastline, Scotland boasts more beaches than Spain [...]

Our business model is aimed primarily at independent operators, often trading in the Burger/Kebab [...]