Starting a Franchise for Every Personality Type: The Creative 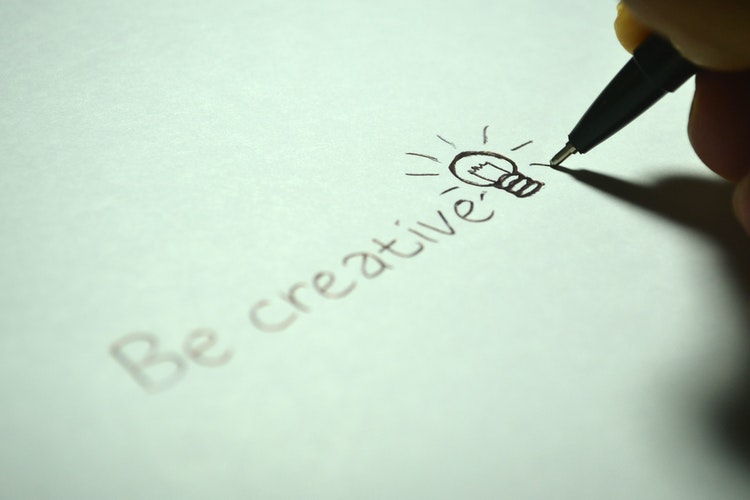 If you’ve always been creative but never had the chance to put your creativity to use in the working world, starting a franchise could be the perfect opportunity to do exactly that. Today we are going to consider which industries work well for creative-minded individuals and then take a look at five of our top franchise picks. This is the first article in our exciting new series: 'Starting a franchise for every personality type.'

The creative industries in the UK are developing new jobs quicker than any other sector. In 2018, creative jobs grew by 1.6 percent (to reach over two million) compared to the UK-wide employment surge of 0.8 percent. If you feel stuck in a job where you can’t express your creativity, why not make your mark in one of the industries that collectively contribute more than £100 billion a year to the UK economy? There are plenty of options when it comes to starting a franchise in one of the creative industries; today we’re going to consider five of the best.

If you have a creative mindset, there are plenty of franchises out there where it can be exercised daily. While franchising doesn’t give you quite as much flexibility when it comes to how you run your business, this doesn’t mean that creative people need to shy away from the model. Being able to operate under an established brand with a tried and tested business model means much of the associated risk involved in new business ownership is alleviated. And with less than one percent of franchises closing due to failure, what’s not to love?

What does it mean to be creative?

Many individuals will know if they have the attitudes, values and interests that characterise a creative mindset. But if you’re not sure if you have the creative personality type, why not have a go at these two online psychological tests for a bit of fun? The first assesses how creative you are and the second will reveal what your creativity says about you.

Did you know? Creative industries collectively contribute more than £100 billion a year to the UK economy.

There are, of course, certain industries that allow for more creative freedom and are better suited to individuals who like to use their imagination or original ideas to create something. For instance:

Click here to read more about the UK’s world-leading creative industries in this helpful GOV.UK guide.

If you’re set to turn your creativity into profitability, why not consider starting a franchise? We’ve listed five of our favourites from different sectors to get you started.

Want to mix your passions for working with children and arts and craft? Look no further than Creation Station. With over 100 outlets, it’s earned the title of the leading children’s arts franchise in the UK.

Creation Station asks that its franchisees are keen to nurture the creativity in children so it can make sure its franchise network shares its brand philosophy. Interested? You’ll need to have access to a minimum of just under £8,000.

This landscaping franchise has been designing paths, patios and driveways for almost 20 years! There are currently 225 branches in France and Belgium with an impressive 98 percent success rate. But Daniel Moquet Driveway Designer is now seeking ambitious franchisees in the UK and Germany.

You don’t need any previous experience in landscaping to be accepted as a franchisee, but having a creative eye will certainly help. To own your own Daniel Moquet Driveway Designer franchise in the UK, the business asks that you make a minimum investment of £40,000.

At the core of Stagecoach’s aim is to help its students establish ‘creative courage for life.’ Rather than simply improving general skills in the arts, it helps individuals become well-rounded and ready to tackle life head on.

The UK-born franchise now has a network exceeding 300 branches across the globe. If you love performing arts and this sounds like the franchise opportunity for you, an investment of £17,000 is required. This is one of the most exciting opportunities for individuals who want to use their creative personality type and run their own business with scope to earn over £150,000 a year.

Have a passion for fashion? Noa Noa is one of the most exciting clothing franchise opportunities on the market at the moment. Inspired by the ‘modern Bohemian woman’, Noa Noa wants its customers to be true to themselves and find their own style.

Having experience in the fashion industry is looked upon fondly, as well as being prepared to work on the shop floor. If you want to start your own Noa Noa franchise and work in an industry with a market value of £66 billion, you need to have access to a minimum investment amount of £40,000.

Opening its doors in 1998, the Monkey Music franchise is attended by over 11,500 families at over 300 venues every week. It holds regular classes for children at holiday workshops, pre-school sessions, events and more.

If you have excellent communication skills, love music and enjoy being around children, Monkey Music could be your next exciting business venture. To run your own franchise location, you’ll need around £13,000.

Make the most of your creativity by starting a franchise

As you can see, there are plenty of options for individuals with creative personality types when it comes to franchising. If you don’t like the look of the five mentioned in this article, you can see more art franchise opportunities here, or click on the links in the earlier section to be directed to specific industries.