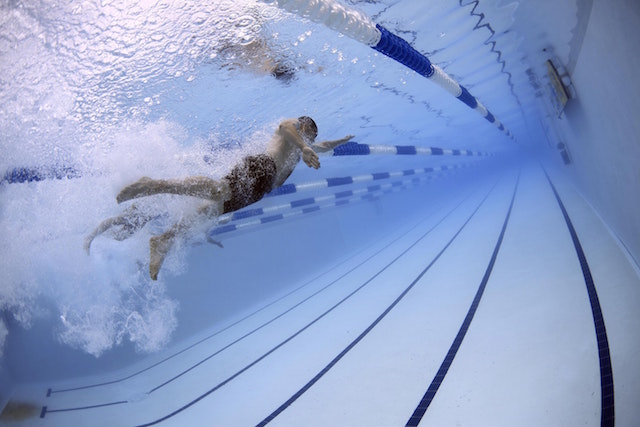 A swimming franchise can give you the opportunity to run a lucrative business, whether you love to swim or prefer to stay on dry land. Even though the world may look a little different right now, it’s still a great time to start your own swimming franchise and capitalise on the expected demand over the next few months. Here are some of the most exciting opportunities out there right now.

Swimming schools have been around for a long time, but they’re now needed more than ever. Worrying statistics show that a third of children leaving primary school (age 11) cannot swim the recommended 25 metres (Association for Physical Education). What’s more, a reported 40% of children are no longer being offered swimming lessons as part of their school’s standard curriculum, leaving it to their families to find a proven private solution.

The answer for many of them? Franchised swimming schools. According to research conducted by the Swimming Teachers Association (STA), swimming school franchises have grown in popularity and are now responsible for the clear majority of learn-to-swim courses provided in the UK. Could 2020 be the year that you should take the plunge and open your very own swimming franchise? Some of our most exciting opportunities might just tempt you …

The good news for potential franchisees is that there is no indication that the popularity of swimming school programmes is going to end: of those surveyed, 82% of swimming schools had experienced a “significant rise” in the number of children being taught to swim – particularly in children aged two or younger.

On top of that, findings revealed that in the last five years, swimming school franchises have seen growth of almost 30%, with over 60 new schools opening. In addition, 81% of respondents reported that their schools were subject to waiting lists – and franchised schools had the longest in the country.

STA’s Head of Accounts, Zoe Cooper, said it’s “encouraging to see how privately-owned swim schools have matured and are growing their businesses, with 83% stating they run additional sessions to baby swimming, including learn-to-swim programmes (75%), adult (35%) and disability (19%) sessions and Aqua Natal (8%)”.

In short, it looks as though the learn-to-swim industry is far from just treading water: it is resilient during economic downturns and has continued to flourish while many others have sunk. So, which are the swim school franchises that potential investors ought to be looking at?

Since it was set up in 1998, Swimtime has expanded its presence across the UK. Its swim schools now teach more than 20,000 children to swim every single week! Swimtime is one of the UK’s largest ‘Learn to Swim’ providers in the UK and its learners follow a tailored programme designed to build confidence and ability, which is endorsed by the ISSA (International Swim School Association). The franchise is also an accredited member of the British Franchise Association (bfa), meaning it’s committed to an ethical and sustainable approach to franchising.

This swim school provides lessons for people of all ages and walks of life. Angela Wilson, an international and Commonwealth swimmer, founded the business in 2002 with the objective of launching a swim school that offers a variety of classes to suit every swimmer. In 2012, the school even trained four students who went on to participate in the Olympic trials.

Puddle Ducks is a kids’ franchise that aims to teach children how to swim confidently and beautifully. The brand says its franchisees understand the value of hard work and how it results in a lucrative business, not to mention how they have the flexibility to choose their own hours. Puddle Ducks refers to this as ‘The Puddle Ducks Difference’.

There’s room in the pool for everyone

With established swimming school opportunities such as these – and others sure to follow in their footsteps – potential franchisees might worry that the marketplace is becoming overcrowded. Statistics from the STA’s report seems to suggest otherwise, however, as almost 86 percent of respondents believed that the “baby swim market had not yet reached its peak”.

What’s more, after a long period where children have had no access to many sporting facilities, it’s likely that many are now dying to get back into the pool and improve their confidence, driving a predicted boom in demand. If you’re not sure a swim school is the right opportunity for you, we have hundreds of other franchises in our UK Franchise Directory for you to explore.