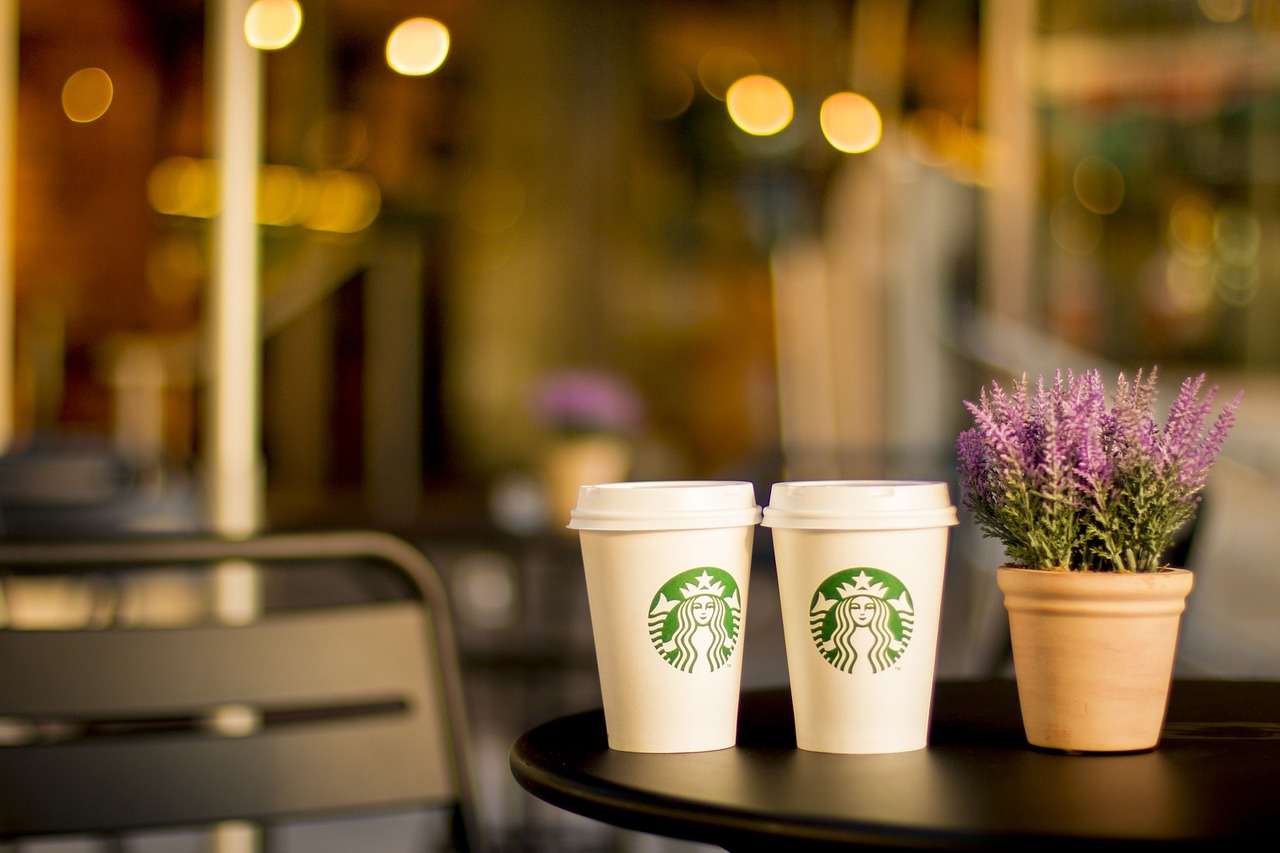 Starbucks is one of the biggest coffee shop chains in the UK and is many coffee-lovers’ go-to choice across the globe. But who is currently in charge of the highly successful brand? This article is going to answer exactly that.

Starbucks is one of the largest and most loved coffee shop brands in the world. Headquartered in Seattle, Starbucks arrived in the UK in 1998. Following Costa Coffee, Starbucks is the second biggest coffee shop chain in the UK and the number of outlets is higher than in any other European company. Impressive, right?

This article is going to explore who is leading Starbucks to success behind the scenes and spearheading the remarkable changes in the brand over the past couple of years. Then, we’ll look into whether it franchises and explore the best coffee shop opportunities in our network at the moment.

Who is Starbucks’ CEO?

The current CEO of Starbucks is Kevin Johnson. 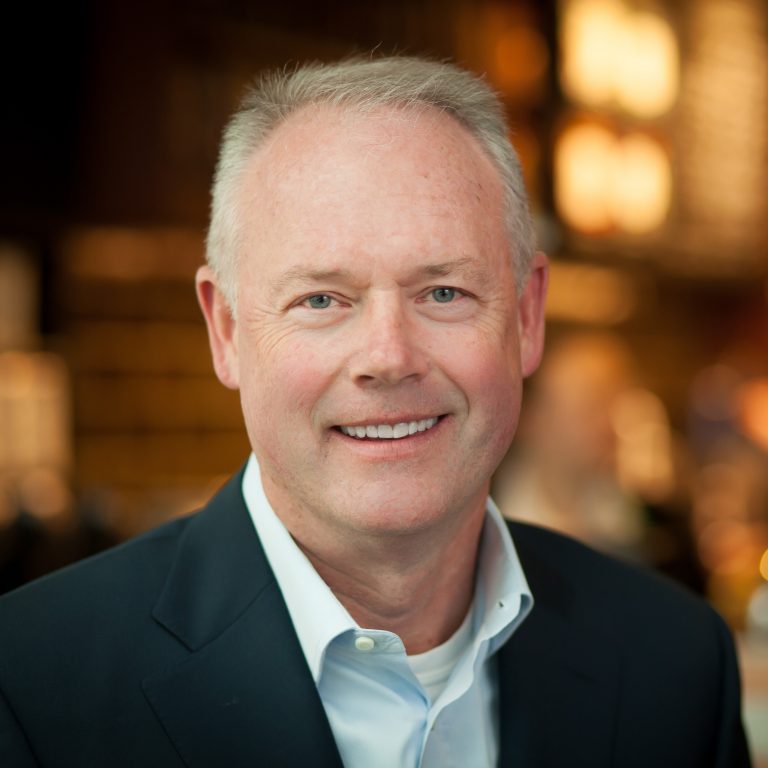 After growing up in Los Alamos and attending New Mexico State University, Kevin Johnson graduated with a bachelor’s degree in business administration.

What was Kevin Johnson’s role before he became Starbucks’ CEO?

Kevin Johnson's early career included work at a number of the world's most prestigious tech companies. An initial stint at IBM as a software developer was followed by a job at Microsoft that went on to last 16 years. Eventually, he was made vice president of the company's worldwide sales, marketing and services division.

In 2006, he was named the president of the Windows and Online services division. Then, from September 2008 to January 2014 Kevin Johnson was the CEO of Juniper Networks.

In 2009, he joined Starbucks’ board of directors and, in 2015, he became the coffee shop business’ COO. Then, in April 2017, Kevin Johnson succeeded previous CEO Howard Schultz, becoming the fourth CEO in Starbucks’ history.

Kevin Johnson was brought in as a transformational CEO and was expected to re-orientate Starbucks and set it back on the path to impressive domestic and international growth. But what changes did Kevin Johnson make to the brand?

Kevin Johnson’s background in tech is thought to be helping Starbucks overtake its competitors when it comes to initiatives like mobile ordering. With Kevin Johnson as Starbucks’ CEO, its shares had surged by 79 percent by August this year.

When interviewed and asked how the brand manages to open a new store in China every 15 hours, Kevin Johnson responded:

“The way we win in China is the same way we win in every market, including the US. We create a customer experience that is grounded around human connections, over coffee… We differentiate on the craft that we put into that coffee. We differentiate on the comfort we provide in our stores more and more with convenience for mobile ordering and delivery.”

Starbucks is an American coffeehouse chain that operates over 30,000 locations around the world. As well as serving fresh coffee, Starbucks serves up a selection of teas, fresh juices, Frappuccinos, pastries, snacks and pre-packaged food items.

Founded in 1971 by three university students, Starbucks is now worth $30 billion. This incredible figure reflects how the brand is widely considered to be responsible for making speciality coffee mainstream.

Yes, Starbucks does franchise. However, due to it currently having a large number of successful franchisees, it isn’t looking to recruit any more. But you can keep checking back at this page in case it reopens the opportunity in the future.

Starbucks’ real estate acquisitions team are based in regions across the UK and are always reviewing new sites. So, if you know of any suitable sites, the brand encourages you to contact the team.

There is clearly money in the coffee industry! If you want to take a leap of faith and start your own coffee shop business, why not take the less risky route of investing in an existing franchise? We’re now going to take a closer look at two of our top picks.

What brand springs to mind when you think of delicious doughnuts and a pink and orange logo? Dunkin’ Donuts, of course! As well as the sweat treats Dunkin’ is known for, it offers tasty, aromatic coffee that always hits the spot.

How successful is Dunkin’?

Well, the fact that it’s been in the industry for nearly 70 years speaks volumes. There are currently more than 11,000 restaurants in 33 countries, making Dunkin’ a brand to be reckoned with.

What is required to invest?

To be accepted, you need to have your sights set on opening a minimum of 20 restaurants, liquid assets of around £1.2 million and a net worth of £2.3 million.

What will I get in return?

As well as the obvious benefit of operating under a world-famous brand, the Dunkin’ franchise team is always on hand to help. You’ll receive help with site location, management and marketing, as well as ongoing support.

If you fancy joining the UK’s fastest growing ethical coffee franchise, read on to find out more.

How did it all start?

Esquires Coffee initially launched in Canada and expanded to the UK in 2000. There are currently 50 coffee shops in the UK, with more set to open soon. Therefore, the brand is currently looking for franchisees across the UK.

What training can I expect when I join?

Have I got what it takes?

You need to be business minded and have impeccable customer service skills to be a successful Esquires franchisee. It asks for a minimum investment of £85,000 to get the ball rolling. If you think you share the brand philosophy and have access to the required investment, click here to find out more and register your interest.

If you want to follow in Starbucks’ CEO Kevin Johnson’s footsteps, why not start by owning your own coffee shop franchise? We have a few more options on our books as well as the two mentioned; just click here and you’ll be redirected to the full list.