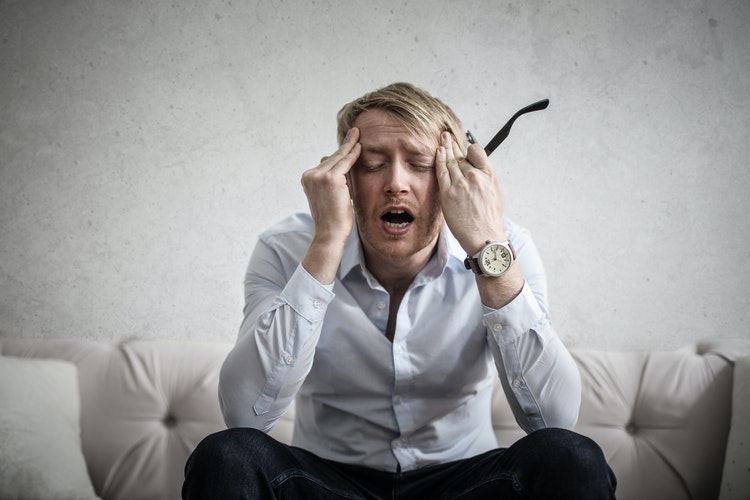 Running your own business can be nerve-wracking for a variety of reasons, and fear of failure stops many would-be entrepreneurs from initiating their dream venture. So, how can you put yourself in the best possible position when you launch your business? Let’s take a look at some of the most famous cases of franchising failure and what we can learn from them.

What we can learn from real-life stories of franchising failure

1. Keep an eye on industry changes and any competitors – Woolworths

Woolworths was a household name for around a century in the UK. It sold a huge range of different products and saw great success; back in the 1920s, it launched a store every 17 days. But, as increasing numbers of rivals crept up behind it, the brand was slowly overtaken and lost its market share.

While it continued to expand and open new sites, its growth rate declined as consumers placed their trust in competitor stores. Over time, the rival stores were able to offer lower prices and Woolworths started to be forgotten. The first site closures occurred in the 1970s and the franchise officially stopped trading in 2009, leaving 27,000 employees without a job.

What can we learn from this franchising failure? Woolworths failed to keep on top of industry developments and make effective changes to the way the franchise operated. If businesses are to succeed in the long run, they will need to look at ways to move with the times and capitalise on current trends. Franchises must look closely at how the industry and consumer shopping habits in general are evolving and how they can reflect those changes.

The collapse of Blockbuster was anticipated long before it actually happened; everyone could see online streaming would remove the need to rent physical copies of films and music. Over the years, this huge franchise had built up a network of thousands of retail locations and a customer base in the millions. It was the largest and most profitable business of its kind – but, at the end of its life, it was selling off its DVDs for pennies.

To add insult to injury, Blockbuster had been approached by the founder of Netflix, Reed Hastings, back in 2000. Hastings had hoped to form a partnership with Blockbuster’s CEO John Antioco, in which the platform we now know as Netflix would act as the video rental service’s online division. Antioco could have bought the concept – which is now worth billions – for $50 million. Instead, he turned the offer down.

What can we learn from this franchising failure? Technology is changing all the time, and it affects every industry out there. There’s no point burying your head in the sand and hoping it won’t have a negative impact on your sales; you have to adapt or develop your business model if you’re to stay on top. Antioco may have been able to save his business if he had been aware of the imminent popularity of online streaming and willing to launch a supplementary online platform.

Most of us still know and love the Krispy Kreme brand. It emerged in the early 2000s, tempting customers to wait in line for its delicious, freshly glazed doughnuts. The business was thrilled with this surge in demand, and quickly launched more Krispy Kreme stores in 400 locations across the globe. The franchise developed a wide range of different store formats, from booths in petrol station shops to kiosks in shopping centres.

Krispy Kreme opened multiple franchise units in small areas, so investors were competing for the same customers. While these extra stores did result in higher overall sales for the brand’s head office team, they caused problems for the individual franchisees. For instance, in the second quarter of 2003/2004, total revenue increased by 15 percent, but individual store turnovers only rose by one percent.

What can we learn from this franchising failure? Although demand had been incredibly high initially, Krispy Kreme’s expansion didn’t mirror the growth in popularity of its product. In other words, demand wasn’t rising quickly enough to keep the stores profitable.

What’s more, it set up too many stores in too small a region, leaving shop owners fighting for customers. Franchisors should consider the impact of expansion on individual franchisees and make sure they don’t oversaturate the market. Many successful franchisors offer investors an exclusive territory and pledge never to introduce a second franchisee into the area.

Target is a celebrated brand in the US, but it didn’t get the formula right when it expanded into Canada in 2013. Although shoppers were excited to visit the new stores when they opened to the public, they didn’t find the same products and services their American counterparts gushed about. In Canada, the stores were smaller, the prices were higher and the displays were much more disorganised.

More than 120 franchise units were established across Canada within just 10 months, costing over £3.3 billion. But, unfortunately, customers were not impressed with the new stores, and Target lost roughly £1.5 billion over the two years that followed.

What can we learn from this franchising failure? Target had good reason to expand into Canada, as it had experienced huge success in the US. However, it didn’t take the time to find out what its customers valued and adapt its franchise model accordingly. Canadian customers were left with a service they considered to be inferior to the original Target stores, which didn’t do anything for the brand’s reputation or sales. Before taking your business to a new territory, do your market research and find out exactly what future customers expect from the franchise.

Before Subway became the go-to sandwich franchise, with multiple outlets in every major town and city, Quiznos was one of its rivals. But, while Subway launched impressive marketing campaigns backed by celebrity faces, Quiznos failed to make an impact.

For example, the ‘sub’ franchise used sandwich-lover Jared Fogle to demonstrate how customers could lose up to 14 stone by eating at Subway. This captured consumers’ attention and, as a result, many people opted for a quick ‘sub’ rather than a McDonald’s burger or KFC meal. But, at the same time, Quiznos released television adverts demonstrating little understanding of the marketplace; one showed a talking sandwich toaster making sexual innuendos at an employee.

When Fogle was involved in allegations surrounding child pornography, Subway quickly dropped its affiliation with him and developed a campaign with Tony Hale from Arrested Development. Again, Quiznos failed to come up with an eye-catching marketing scheme and get consumers back into its stores. The franchise ultimately filed for bankruptcy in 2014.

What can we learn from this franchising failure? No matter how well you think your business is performing, it’s always worth taking the time to consider your advertising strategy. Make sure any promotional material you develop is relevant to your target customers, as well as informative and engaging. Quiznos could have improved its marketing activity by keeping an eye on its competitors and learning from their effective promotional output.

How to overcome franchise failure

So, there you have it. There’s plenty we can learn from other businesses – and it’s important to take note of their mistakes if we’re to avoid them ourselves. To find out more about how to develop your business in the franchising world, read our articles for franchisors and browse the topics that are relevant to you.

Article published on 22/01/2021 17:30
FOCUS ON BUSINESS SECTORS
Did you enjoy this article? Please rate this article
Average rating 4.5/5 based on 1 vote
These franchises may interest you

Imagine speaking with a local head teacher and offering to install all the lockers they need AT NO [...]

Revolutionise a sector that’s primed for modernisation, using our technology and proven marketing [...]