How Franchising Has Historically Weathered the Storm of Global Recessions 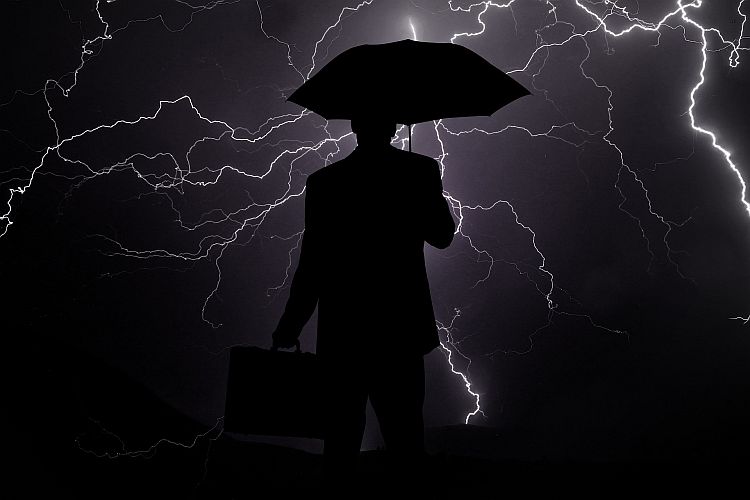 Today we provide an overview of the franchising industry and how it’s been set up to fare well during tough economic times like a global recession.

Many franchises advertise themselves as recession-proof and, in the current economic climate, this is what piques the interest of many investors. Entrepreneurs are eager to start their own business but are often concerned that the economic conditions are not conducive to the opening of new businesses. That’s where franchising comes in.

Backed by large, experienced franchising management teams and able to rely on credit from major lenders, franchises are sturdy, stable, low-risk businesses that don't suffer as much during global recessions. Here, we take a look at whether franchising is really recession-proof, or whether it struggles through periods of economic crisis.

Before we get started, let’s explore the current state of the franchising industry based on findings from the 2018 BFA/NatWest Franchise Survey.

There are around 48,600 franchise units in the UK that contribute over £17.2 billion and 710,000 jobs to our economy. The industry is continually growing, with this figure increasing by £2.1 billion from three years ago. It’s also been found that six in 10 franchise units turn over more than £250,000 and 93 percent of franchises claimed profitability in 2018.

Starting a business during economic uncertainty

Since the 2007 recession, large national economies have struggled to recover, leaving many business owners with concerns about future downturns and economic instability. Banks and major lenders are often insecure about lending to new businesses, and the squeeze on credit has prevented many entrepreneurs from launching new business ventures.

This lack of confidence in the economic system has resulted in business-oriented individuals looking for safer ways to make their money. One such way is franchising. Having long been touted as recession-proof, more and more businesspeople are looking to become a franchisee as a means of pursuing their dream of running their own company, securing finance for business ventures and gaining valuable experience.

In reality, no business model is recession-proof. Recessions affect every aspect of the economic system and, consequently, touch on every part of modern life. However, franchising could be described as recession resistant. While franchises may still suffer in a recession – though some may prosper too – they’re far more secure than independent business ventures. This can be attributed to a variety of factors…

How has franchising historically weathered the storm of global recessions?

Franchising has historically done well under most economic conditions…During boom periods, the fear of missing out on a great opportunity fuels strong franchise growth. During a downturn, on the other hand, the fear of job loss and financial security drives many people to take control of their own futures by investing in a franchise business. – Eric Stites, CEO of Franchise Business Review

Working through a global recession

When we talk about franchises being ‘recession-proof', we're not entirely accurate. No business is altogether recession-proof, and a significant economic crash will damage enterprises of all types.

However, it would be correct to talk of franchises as being recession resistant. Compared to independent business ventures, franchises are far more secure during severe economic downturns and tend to be more able to weather the storm of global recessions.

In large part, this is because they have the backing of large, experienced organisations, stick to a proven business model and are perceived to be lower risk by many major lenders. Over the last decade, their ability to prosper during economic crises has been proven, and their reputation as a relatively safe investment is well earned.

Article published on 20/01/2021 17:11
DEVELOPING YOUR OWN BUSINESS IN FRANCHISING
Did you enjoy this article? Please rate this article
Average rating 4.5/5 based on 2 votes
These franchises may interest you