Q&A: Does German Doner Kebab Franchise in the UK? 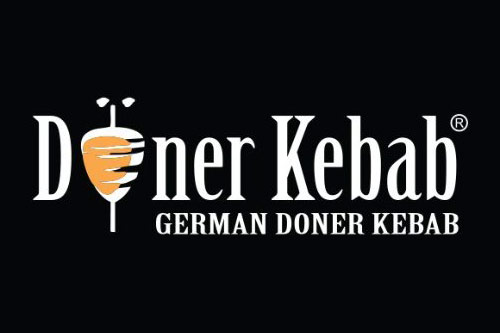 There are few Brits that haven’t indulged in a delicious doner kebab at the end of a night out or as a Friday treat. If you’re passionate about the food industry and are considering a new business venture, you might be interested to see if you can start a German Doner Kebab franchise in the UK. Let’s find out.

German Doner Kebab is a food business that offers a healthier and more nutritious approach to traditional kebabs that operates from over 50 stores across the globe. Most of us know the doner kebab as a greasy treat that’s best reserved for post-night out snacking, but it was first served as a healthy meal made of lean meat and fresh, crisp salad packed into a soft pitta. Taking the doner kebab back to its healthy roots by focusing on quality ingredients, mouth-watering flavours and an unforgettable culinary experience, German Doner Kebab has changed the game. But can you start a German Doner Kebab franchise in the UK?

Does German Doner Kebab franchise in the UK?

Yes! It does. German Doner Kebab has taken Europe and the Middle East by storm using the franchise model. Before we see a complete rundown of the franchise opportunity, let’s have a quick look at how the brand began.

The business opened its first branch in Berlin, Germany, in 1989 and spent more than 10 years perfecting its business model.

The franchise is popular with customers all across Europe and the Middle East. Currently, customers in UAE (Abu Dhabi, Dubai, Sharjah), Oman, Bahrain, Sweden, Canada, the USA and the UK can get their hands on it’s healthy alternative to kebabs. There are also locations in Ireland and Saudi Arabia that are due to open soon.

So where in the UK can you currently find German Doner Kebab?

Here are just some of the cities where you can find the food franchise. These are only a few of its stores, to see a full list have a look at the German Doner Kebab UK website.

German Doner Kebab restaurants have flourished wherever they’ve launched. This is a reassuring sign for any prospective franchisee as it demonstrates that there's a demand for the product wherever you go. The franchise's successful marketing campaign has managed to subvert the negative associations some customers held about doner kebabs and generated a buzz around each new unit's opening. The franchise's success across the country certainly makes it one of the most exciting investment opportunities on the market.

“German Doner Kebab is fast becoming one of the most talked about franchise opportunities around. We are in discussions with hugely experienced master franchisees all over the world, many of whom have portfolios that include multiple household name brands. We have invested massively in putting the standards and processes in place to support our partners globally, so I can’t think of a more exciting or attractive franchise model to be involved with right now.”- Imran Sayeed, CEO GDK International

The franchise has already onboarded lots of new franchisees to take its concept all across the UK, but it’s still looking for talented business people to join in a select few territories.

It’s on the lookout for business-minded individuals that have the experience and resources to be a successful franchisee. This includes expertise in the food industry and running your own restaurant, as well as brilliant interpersonal skills. On top of owning an individual store, there are also opportunities for master, country developer, area representative and multi-site agreements.

In order to register your interest, you need to head over to the German Doner Kebab website.

You’ll need a fair bit of cash to become a German Doner Kebab franchisee, however, the franchise has developed a cult following on social media thanks to its unique marketing strategies. By using influencers to glam up the image of the kebab, GDK has whipped up plenty of attention for its tasty offerings. This means your chance of success greatly increases too.

In return for your investment, you can make the most of the brand’s 20+ years of experience in the industry. The management team has heaps of experience and it will help you with training, launch day and the development of your doner kebab franchise.  You will be supported with finding the perfect site for you, you’ll have help to fit it out, and you’ll be able to enjoy the benefits of existing supplier agreements.

You will benefit from a proven business plan that has been a great success with the many other franchise partners across the globe.

Marketing support is provided locally using its network of agencies that help with digital and social media campaigns.

Why not continue your research into starting a German Doner Kebab franchise?

Franchising lends itself well to fast food, as it’s the perfect business model to expand tasty treat restaurants quickly across a country (or even the world). However, in the past, fast food franchising was heavily associated with restaurants that sold the unhealthy ‘junk food’ that we all love but that isn’t the best choice for our health. German Doner Kebab was one of the first franchises to flip this image on its head by offering its brand-new take on the classic takeaway dish that’s got a reputation for being anything but healthy.

Do you want to run your very own doner kebab restaurant with the brand? Great! The German Doner Kebab franchise is already very established so you can rest assured that you will be in safe hands and have made a smart business decision. If this particular franchise is out of reach at the moment in terms of the investment cost, why not browse our other restaurant franchises to see if something else takes your fancy?  We have opportunities that start at just £5,000!

The Menu for the Perfect Franchise

Running your own business as part of a franchise can bring incredible [...]

Q&A: Does Wilkins Franchise in the UK?

If you’re thinking of running your own business, it’s a good [...]

Q&A: Does Safeclean Franchise in the UK?

Starting a domestic or commercial cleaning business could be a great way [...]

Article published on 19/04/2021 16:00
VARIOUS TOPICS – TRENDS IN FRANCHISING
Did you enjoy this article? Please rate this article
Average rating 4.3/5 based on 2 votes
These franchises may interest you