6 Reasons Why You Should Open a Doner Kebab Franchise 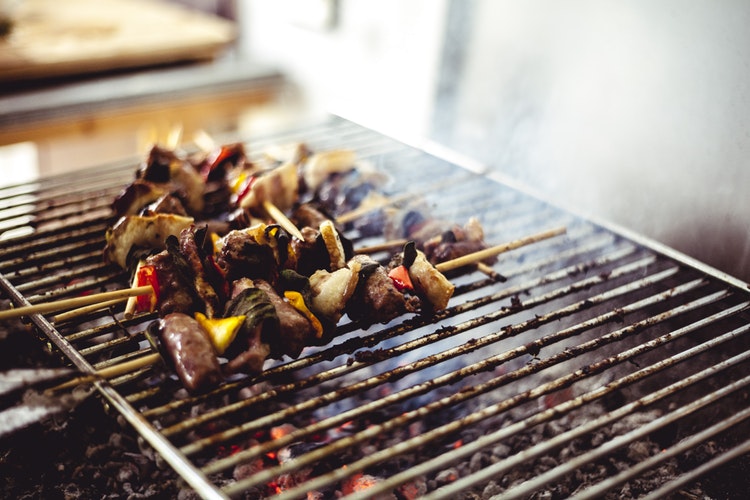 If you want to be a part of one of Britains favourite fast food industries, read on. We explore six reasons why you should seriously consider opening your own doner kebab franchise unit.

Doner kebabs are a firm favourite among many of us here in the UK. Consumed both as guilty pleasures during the day and late-night snacks to absorb some booze, doner kebabs have become a popular fast food option up and down the country. This is just one of the reasons why investing in a doner kebab franchise can pay off.

The meaty snack is generally made from seasoned, minced lamb thats reformed and cooked on a vertical rotisserie. Then, meat is shaved off and served with a pitta and salad  similar to a traditional Greek gyro or Middle Eastern shawarma.

6 reasons why you should open a doner kebab franchise

1. Youll be investing in a food tradition with a rich history

You may not know that the doner kebabs roots trace back to Germany  despite seeming like a Middle Eastern treat. There are several stories about how it came about, but one of the most widely believed tales is that the snack was created by a Turkish man called Kadir Nurman. He moved to Germany in 1960 as part of an initiative to increase the labour force in West Germany. But it wasnt long before he noticed a lack of tasty food options for German workers who wanted a lunch to eat on the go.

Nurman took inspiration from the typical meal feasted on by Turkish Royalty, which consists of meat skewers, rice and vegetables. In 1972, he popped the tasty meat inside bread known as durum to make it more portable  and the rest is history.

However, Nurmans involvement in the birth of the doner kebab has been disputed. Turks are the largest non-German ethnic group in Germany, so around the same time there were many other ambitious foodies trying to bring their countrys cuisine to the masses. Nevzat Salim claims he sold the first doner kebab in 1969 in Reutlingen, while Mehmet Aygun states that he popularised the fast food dish in 1971 in Berlin.

This tasty treat has found a place in the lives of many Brits; in fact, a trip to the kebab shop has become routine for many late-night revellers. You only need to take a quick look at the stats to see that doner kebab franchises stand to gain a lot if they get the formula right.

The doner kebab manufacturing industry in the UK is made up of around 200 organisations that turn over more than £750 million per year. Meanwhile, 20,000 kebab shops sell 2,500 tonnes of lamb and chicken a week. This contributes to the sale of an estimated 1.3 million kebabs every single day in the UK.

3. Doner kebabs can be eaten on the go

As people lead increasingly busy lifestyle, on-the-go food is becoming more and more popular. Snacks that can be eaten without cutlery and on the move are often chosen above more traditional options. Thats why a doner kebab franchise is such a great investment  particularly if it offers delivery services.

Nowadays, you dont even have to leave the comfort of your home to get your hands on your favourite restaurant foods. So, businesses that partner with services like Ubereats and Deliveroo can tap into this extra market.

Did you know? In total, Brits buy 1.3 million kebabs a day.

4. Doner kebab franchises have the opportunity to adapt to a changing market

The food and restaurant sector is one of the most changeable industries out there; it seems like trends are coming and going all the time. By starting a doner kebab franchise unit, youll join a business that can adapt its business model to cater for new trends. For instance, you may be able to sell a new vegetarian or vegan kebab to accommodate the growing number of consumers who are altering their diets.

One example of a doner kebab franchise that has already adapted to consumer demand is German Doner Kebab (GDK). It attracts health-conscious diners by dispelling the myth that Doner Kebabs are full of unhealthy fillers and contain a shockingly low percentage of real meat. GDK uses 100 percent chicken fillets in its kofte to shish kebabs and crafts its tasty signature doner kebabs out of 100 percent lean, succulent beef.

All of its meat is sourced directly from Germany, which has rigorous standards on the quality of the food products it exports. When served, the meat is accompanied by salads made from fresh, locally produced vegetables that are delivered to each branch at the start of every day.

5. Doner kebab franchises can use social media marketing to their advantage

By becoming a doner kebab franchisee, youll be joining the food industry, and one of the biggest advantages of doing so is the marketing potential that comes with it. Being able to post photographs of your delicious food is incredibly effective when it comes to boosting your sales, as people wont be able to resist popping in themselves.

Before long, you should be able to drive interest and create more demand. You could even do this before opening your second, third or fourth doner kebab franchise unit in order to stir up interest and guarantee sales from day one.

Take German Doner Kebab, for example. In the past, it has challenged competitive eater Kate Ovens to try its 18-inch kebab challenge and invited reality TV stars like the Love Islanders to new branch openings. The use of these innovative marketing techniques has helped it spread the word about its brand and increase its profitability.

6. There are lots of doner kebab franchises out there

Because doner kebabs are so popular, there are plenty of franchises already taking advantage of the demand  and many of them are looking to expand with the help of franchisees. Unfortunately, we dont have any kebab franchises on our books at the moment, but you could take a look at GDK, Doner & Gyros or Mr. Kebab to get the ball rolling.

Weve looked in detail at why you should consider opening your own doner kebab franchise business, but you may be interested in other opportunities in the food and restaurant sector. To browse our full catalogue of opportunities in the industry, just click here. You can sort by investment requirements or popularity, and find out more by clicking on individual franchises.

Or, if youd like to pursue food franchises that focus on Middle Eastern cuisine, why not take a look at HUMPIT Hummus? This thriving business specialises in all things  youve guessed it  hummus, giving customers a delicious, nutritious snack.

Day in the Life: What It Takes to Run Your Own Locksmith Franchise

If you like the idea of running a van-based business, why not join a locksmith [...]

Q&A: Does Kumon Franchise in the UK?

Q&A: Does Regus Franchise in the UK?

Flexible workspaces give people the chance to focus in a comfortable and convenient [...]

Is There Really Such a Thing as a Joint Venture Franchise?

Whether youre new to the franchising world or a seasoned professional you might [...]

Franchisor Tips: How to Keep Your Mission and Values Up-to-Date

The business world is constantly evolving. To make sure that your franchise brand [...]

Franchising as a Career Change: 4 Fool-Proof Ways to Reinvent Yourself and Your Future

Looking for a new adventure? You might not have considered franchising as a career [...]

Article published on 18/09/2020 16:00
START A BUSINESS
Did you enjoy this article? Please rate this article
Average rating 4.83/5 based on 3 vote(s)
These franchises may interest you

Established in 1998, operating in hundreds of venues teaching over 20,000 people to swim a week, multi, international [...]