Q&A: Does Panera Franchise in the UK? 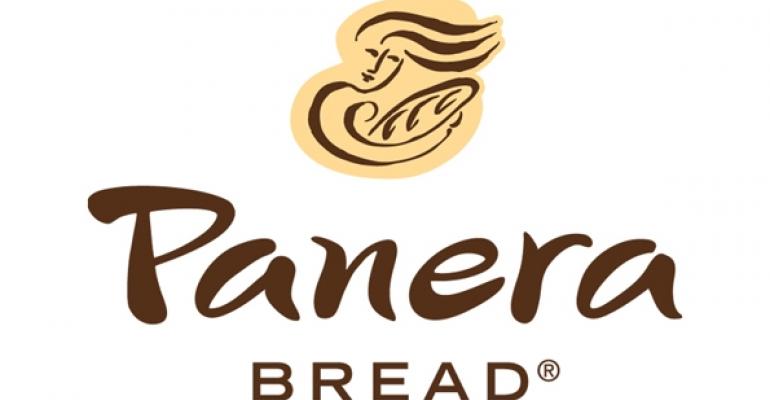 Panera is a bakery-café chain with more than 2,000 sites across the US and Canada. Its proven a hit in the States, but are there Panera franchise opportunities in the UK? Lets find out.

Panera is an incredibly successful food franchise. It has over 140,000 associates and annual systemwide sales in the billions. With a product offering of soups, salads, pasta, sandwiches, baked goods and speciality drinks, it has become synonymous with healthy eating. Of course, its bread is the star of the show, and is sold on its own as loaves, or in sandwiches.

The brand aims to bring to life innovative ideas about living and eating well, and it wants its customers to experience tasty food served by passionate people. Thats why it strives to provide guests with the food they want, when, where and how they want it.

Panera began life in 1980 as a single, 400-square-foot cookie store in Boston, Massachusetts. Its founder, Ron Shaich, went on to expand the business by joining forces with Louis Kane in a small, French bakery chain called Au Bon Pain. They soon realised croissants made from luxurious ingredients like roast beef and Boursin cheese went down well with customers, so they turned the bakery into a bakery-café. When these drew in a huge customer base, the pair were able to open hundreds of branches in cities along the East Coast and overseas.

Meanwhile, entrepreneur Ken Rosenthal had fallen in love with sourdough bread during a trip to San Francisco. In 1987, he opened his first bakery, the St Louis Bread Company. This proved incredibly popular, as customers flocked to sample the tasty bread. Back in Massachusetts, Shaich believed the concept had the potential to become a firm favourite nationwide. In 1993, he and Kane bought the St Louis Bread Company  now a chain of 20 bakery-cafés.

In the mid-1990s, Shaich and his team knew customers wanted not only reasonable prices, but also an eating experience that made them feel happy about their choices. It was then they reconceived the St Louis Bread Company and named it Panera, a combination of the Italian words for bread (pane) and time (era). By 1999, all Au Bon Pain locations had been sold to an investment firm, so the pairs resources could be put into the expansion of the Panera brand.

The chains focus on providing the ultimate guest experience reached its peak in the 2000s, when it introduced free Wi-Fi and design adaptations like fireplaces, which encouraged customers to linger. It also set sector standards for food quality and transparency by using chicken raised without antibiotics, abolishing non-naturally occurring trans fats from its food and disclosing all its products calorie contents.

Paneras expansion is based on company development and the sale of franchise area development agreements. It doesnt sell single-unit franchises, so it isnt possible to open one store. Instead, Panera has opted to expand by selling master franchise agreements, which ask the franchise developer to open more than one unit  usually 15 bakery-cafés in a six-year period.

However, these agreements arent being rolled out in the UK at the moment, so its not possible to open a Panera franchise unit here.

How to get involved with Panera

If youd like to launch a bakery franchise unit in an international market, Paneras investment opportunity could be the one for you. Youll need to have previous experience as a multi-unit restaurant operator, as well as a net worth of $7.5 million and liquid assets of $3 million. Of course, you should also be entirely committed to the brands international development. The initial investment should fall between $942,000 and $1.6 million, including a franchise fee of $35,000.

The bakery market in the UK

The UKs bakery sector is one of the biggest markets in the food industry, worth just under £4 billion. It sells the equivalent of almost 11 million loaves every single day from around 4,500 small craft bakeries, 350 medium-sized bakeries and 150 large plant bakeries in the UK. Sandwich businesses are particularly popular; in fact, experts believe the average Brit consumes 18,304 sandwiches in their lifetime  and 56 percent of us eat at least one a day.

When joining a bakery franchise, you can also maximise your profits by catering to the increasing demand for speciality food. Around one percent of people suffer from gluten intolerance, but more than 12 percent of the population follow a gluten-free diet. So, incorporating gluten-free  alongside vegan and organic  products into your offering will help widen your customer base.

The figures demonstrate just how lucrative bakery businesses can be. This is a fantastic opportunity for savvy entrepreneurs, so weve found some of the best bakery franchises currently on the lookout for new investors.

Baguette Express business plan is simple: a large choice of fresh food items baked daily and sold in an inviting environment for one fantastic price. The franchise can rely on multiple streams of revenue by offering food targeted for the morning, afternoon and evening, such as breakfast rolls and wraps, salad boxes and coffees.

Baguette Express has steadily grown since 1999 and now operates 50 outlets in the UK. It has also seen success internationally, with four branches in Dubai. Therefore, franchisees around the world could stand to benefit from the brands proven business model.

Bagel Corner was founded in France and has expanded quickly to encompass 30 stores spread across the country. Beginning life in 2010, it aimed to make the most of a sudden explosion of interest in alternative fast food providers.

By offering a service that emphasises its high-quality produce, ease of use and quick turnaround, it has developed a loyal and enthusiastic customer base. Within a few years, the business became the leading bagel chain in France, and now considers itself ready to expand beyond the countrys borders.

Cinnabon started its journey in 1985 in SeaTac Mall, Seattle. Since then, the bakery has built on its success and can now be found in 50 countries worldwide.

Getting the ball rolling

Unfortunately, there are no Panera franchise opportunities on offer in the UK at the moment, but there are plenty of other thriving businesses you can get involved in. To see a full list of our bakery franchises currently on the lookout for new investors, click here.

Want to Work From Home? Check Out These Top 7 Home-Based Business Ideas

Starting a home-based business may have never crossed your mind before. But with [...]

Its been a tough time for business owners in the retail industry, but lets look [...]

Article published on 29/09/2020 16:35
VARIOUS TOPICS  TRENDS IN FRANCHISING
Did you enjoy this article? Please rate this article
Average rating 4.5/5 based on 2 vote(s)
These franchises may interest you

Popcats is an award winning music and movement business for pre- school children and the elderly. Our music [...]

The Late Birthday Project (LBP) is an innovative and original football concept that counters the significant [...]